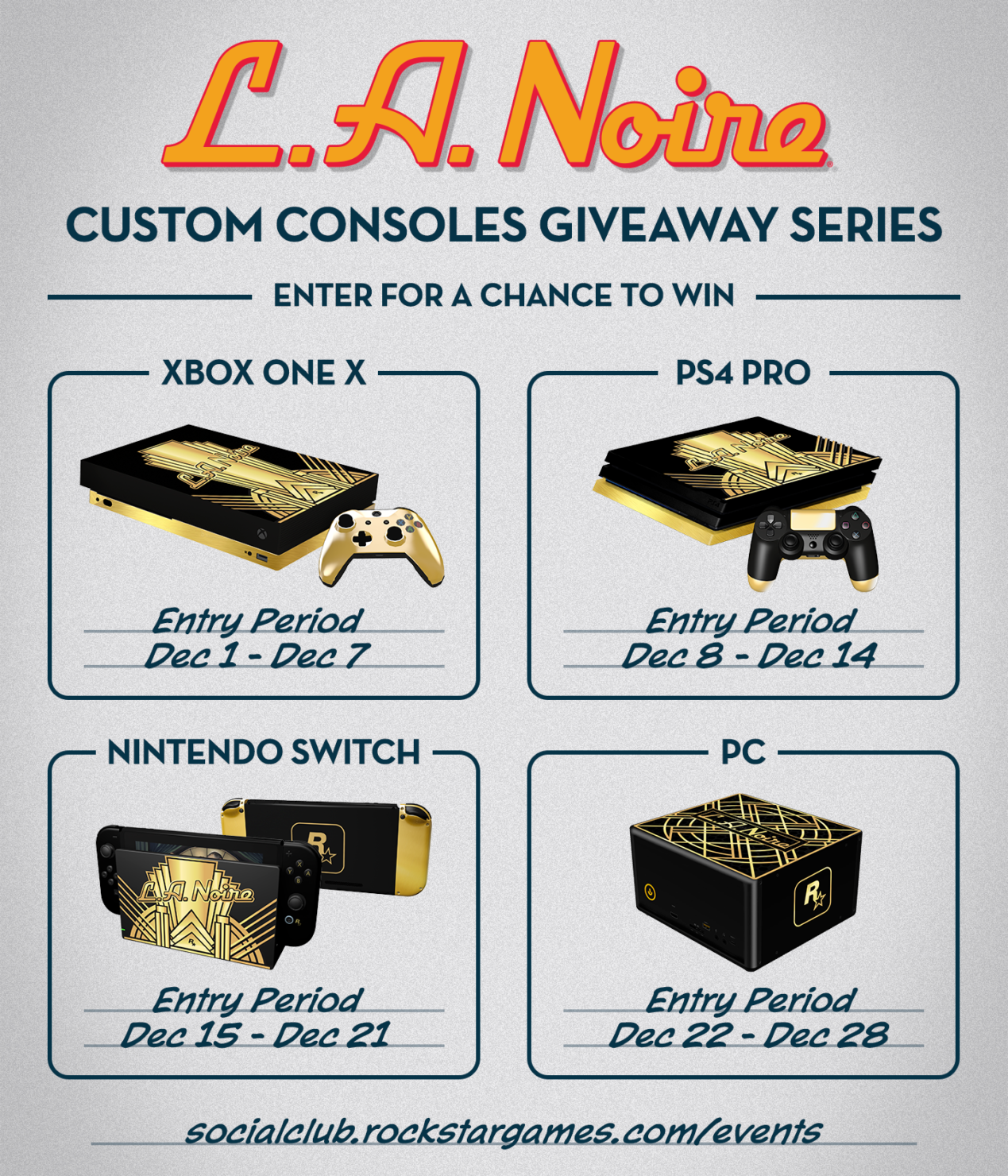 It's gifting time and that has apparently affected Rockstar Games, too. The company announced several giveaways due this month that will grant the lucky winners the amazing custom L.A. Noire themed consoles (Xbox One X, PlayStation 4 Pro, Nintendo Switch) and PC you can see in the image above.

The opportunity comes to celebrate the recent re-release of 2011's L.A. Noire originally developed by Australian studio Team Bondi (now defunct). L.A. Noire is now available on the Nintendo Switch (for which we'll have a review soon) as well as PlayStation 4 and Xbox One with several technical enhancements such as improved lighting and clouds, not to mention higher resolution textures.

The game on PlayStation 4 Pro and Xbox One X also runs at 4K resolution. PC gamers will be able to play L.A. Noire in VR mode for the first time once The VR Case Files releases for HTC Vive on December 15th; the giveaway in this case includes both a presumably capable gaming PC and an HTC Vive device.

This giveaway series starts with Microsoft's Xbox One X. You may now enter for a chance to win until December 7th; you'll need a Social Club account to do so, as well as being over 18 years old and a legal resident of Austria, Belgium, Canada (excluding Quebec), Finland, Germany, India, Netherlands, Puerto Rico, South Korea, Spain, Switzerland, Ukraine, the United Kingdom, or the United States. Good luck! 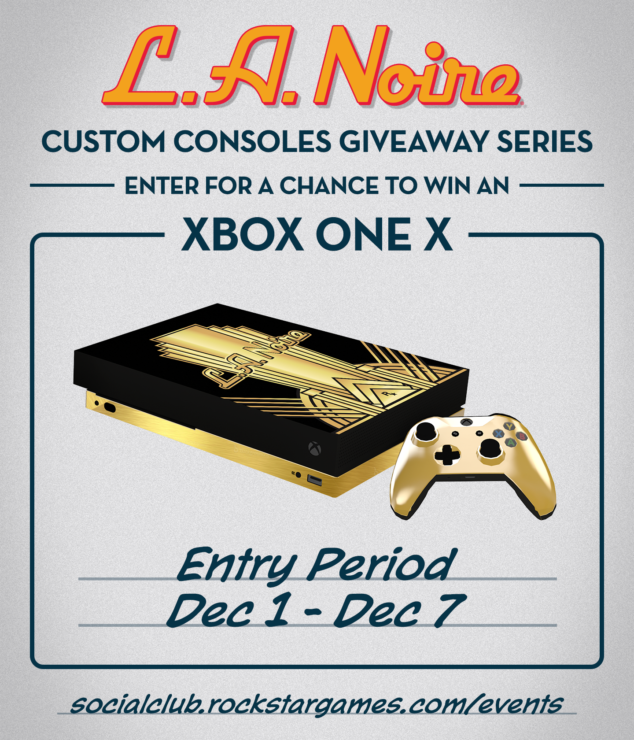