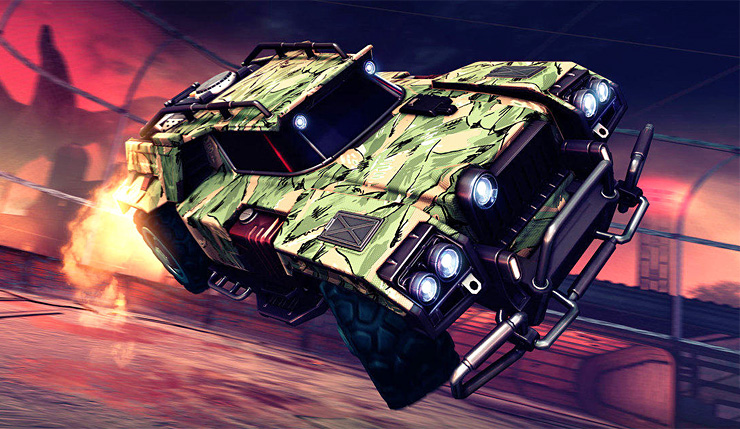 Halloween is fast approaching, which means Rocket League’s annual Haunted Hallows event is returning, although this time around there’s a twist. This year’s event is a crossover with Netflix’s Stranger Things, and will feature a creepy Upside Down version of the classic Farmstead arena. Of course, there will be a variety of Halloweeny and Stranger-Things-themed cosmetics to earn, as well. You can check out a quick trailer for this year’s Haunted Hallows event, below.

This Halloween, all roads lead to Farmstead (The Upside Down). This terrifying take on the once-whimsical Farmstead Arena is watched over by the maddening Mind Flayer, so make sure to look after your teammates. If you're able to make it out of Farmstead with full control of your own Battle-Car, you'll earn Candy Corn to be used in the Haunted Hallows Event Store. The store will have autumn-inspired items, plus some top secret wares developed by the Hawkins National Laboratory that will turn your Battle-Car creations up to Eleven. Take a sneak peak at some of the items below.

The Haunted Hallows event will be accompanied by a new update, which will include the follow features:

Easily partying-up with teammates following a match is about to get a whole lot easier. If your team synergy is off the charts with a player or team you met in an Online Match, you'll easily be able to party-up with them from the post-game menu. Simply select "Party-Up" after a match. Teammates who also select "Party-Up will then be grouped together with you for the next game. We hope you're able to make some new Rocket League friends with the new Party-Up feature!

With an ever-growing collection of Painted Battle-Cars and Decals, we wanted to make it even easier to see exactly what color team you're on at the start of each game. That's why the October Update is bringing colored Boost Meters. The Boost Meter itself will remain the same, but the Meter's background will be blue or orange depending on your team color. The Boost Meter will also match custom team colors, and the Colorblind Mode option will apply to the boost meter, too!

There will soon be one less button press to get you exactly where you want to go. Following the update, you'll be able to select "Quickplay" and immediately start searching for a game in the last playlist you joined. New players will default to the 3v3 Standard Playlist when selecting Quickplay for the first time.

Rocket League is available on PC, Xbox One, PS4, and Nintendo Switch. The Haunted Hallows Event kicks off on October 15 and runs until November 11.