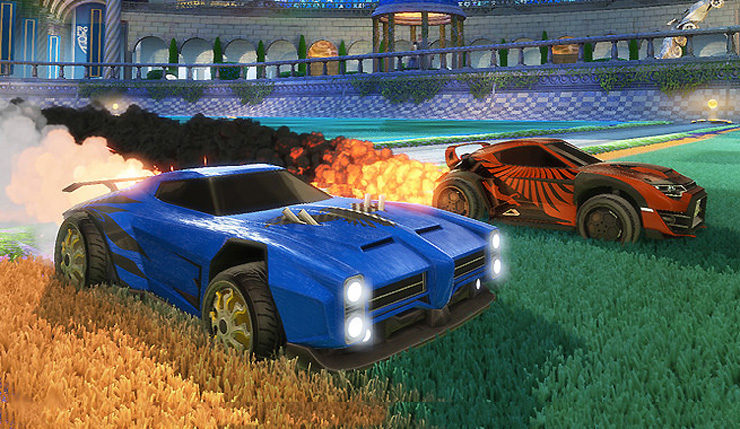 We spent a lot of time this past year focusing on the phenomenon that is PlayerUnknown’s Battlegrounds, but it wasn’t the only indie game to have a great 2017. Despite being over two years old, Rocket League continues to ride high, with publisher Psyonix announcing another major milestone has been hit:

Rocket League now has 40 MILLION players worldwide! Thank you to our ever-growing community for helping us start the new year with such a fantastic milestone. pic.twitter.com/8UJQLSlECF

40 million players! That’s certainly an impressive number, but it doesn’t directly translate to sales. In March 2017 Psyonix announced Rocket League had 29 million players, but only sold 10.5 million copies. A lot of copies of Rocket League have been given away free via PlayStation Plus and Humble Bundle, and Psyonix counts all the people playing splitscreen as individual players, which explains the discrepancy. Psynoix has yet to announce new hard sales numbers.

Rocket League released a steady stream of new content and pushed further into the realm of esports in 2017. The game also got a much-demanded Nintendo Switch port, which Wccf’s Dave Aubrey recommended, despite a few minor compromises:

“Rocket League is a great, exciting game, and none of that is lost on Switch, even if it is a less pretty version of the game. You might notice lower quality textures and overall less detailed cars and environments when compared to other versions of the game. However, while in the heat of the moment you can easily forget about all of this, especially when playing in handheld mode. If you want a Rocket League experience you can take on the go, this is the perfect way.”

Rocket League is available on PC, Mac, Linux, Xbox One, PS4, and Switch.  If you want to see what all the fuss is about, the game is currently 40 percent off on Steam, and the PlayStation and Microsoft stores.