Despite being an Englishman, I’ve never been much of one for football. Or soccer. It’s probably down to not being very athletic, but even then I’ve never liked watching it. I still remember playing Rocket League for the first time when it was available on PlayStation Plus, and despite my initial reservations, I loved it, even though I was restricted to offline play thanks to some early server issues. Rocket League can easily be described as “car soccer” but that does not do its appeal justice. 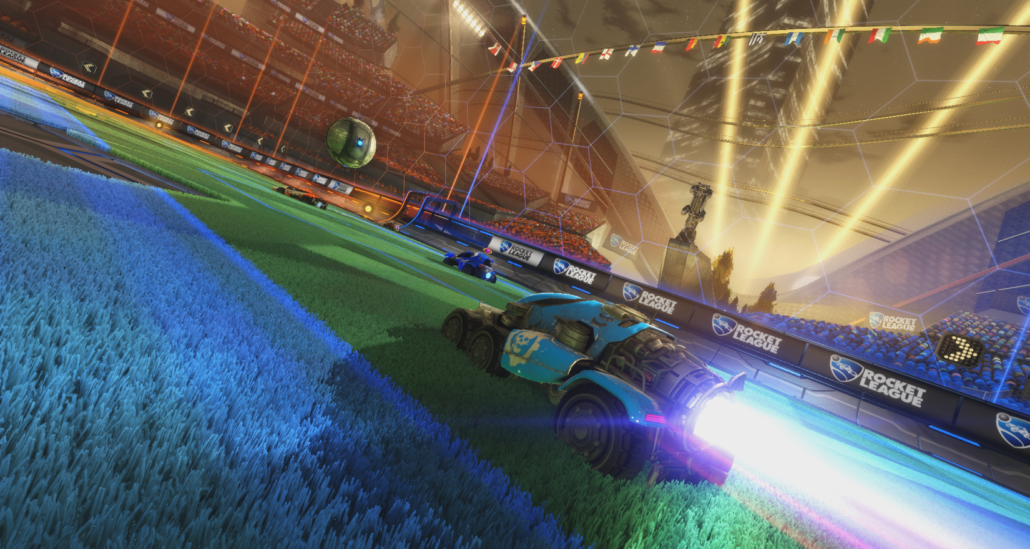 There’s something truly exhilarating about blasting around the pitch leaving a burning trail as you exhaust your boost, screaming into powerslides and flinging your car around to smash that ball into the net. It’s one of the few games that get me screaming, shouting at my TV, either in celebration or in anguish. It’s an emotional rollercoaster - and not a single bit of that excitement is lost on Nintendo Switch.

Running at a mostly very smooth 60FPS, Rocket League for Nintendo Switch is a blast, although my screams and shouts are slightly more restrained to mutters and under-the-breath curses. That’s not because it’s any less exciting, I just think the smaller form factor brings me down to earth somewhat. Nevertheless, saying that Rocket League is an exciting game is an understatement, and even in a handheld form factor that’s as true as ever. 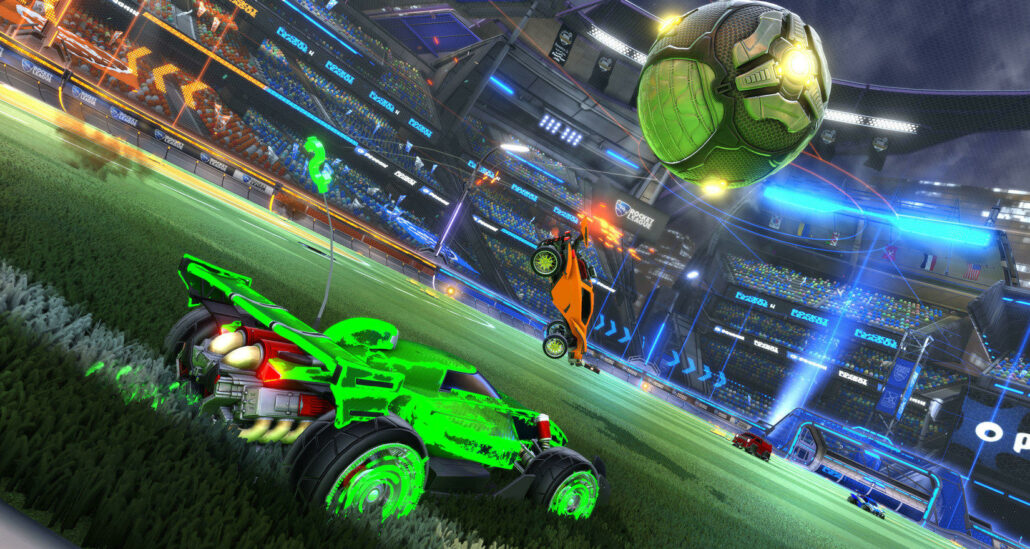 Of course, the transition to the Switch is met with some compromises in comparison to its bigger console counterparts. The resolution is noticeably lower, looking to not be far above 720p, if at all, in docked, while much lower in handheld mode. Still, regardless of which mode you’re playing in, the smooth framerate hides any unsightly jaggies.

Rocket League for Nintendo Switch is the full experience too, with cross-platform play so you can face off against others playing on Xbox One and PC. Everything you know and love is here, with a few things you might hate included too. Modern Rocket League, of course, comes with loot crates, which require the purchase of keys to open - they’re only purchasable with real money, of course. How you feel about loot crates and keys like this can impact how you look at a game and, luckily, you have the option of turning off all loot crate related content so it will be hidden from view in a menu. Nice for anyone who wants the assurance that they’ll only ever be asked to pay once. Of course, this gates off a lot of content from the player, too, and there’s already DLC cars available to purchase on the eShop. 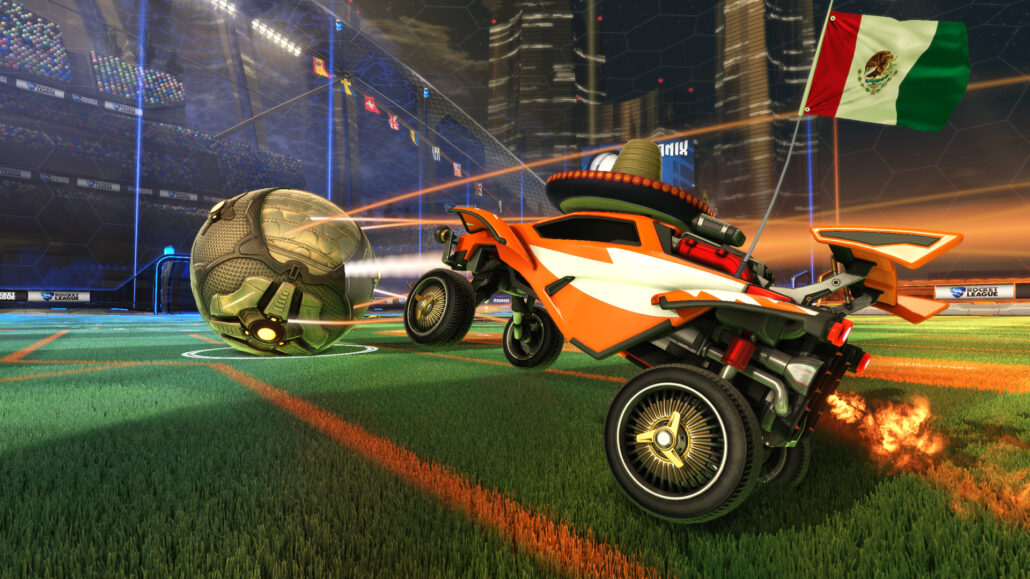 But for such a low entry price to a fantastic game that can keep you entertained for hours on end, it’s easy to forgive Rocket League. Players who pay extra will only receive cosmetic benefits, and you’ll still be playing for as long as you like with players from all over the world - though I wouldn’t attempt to start a party with friends playing on another system…

The Switch’s WiFi also holds up well when playing online in handheld mode - my ping was consistently good both when docked and wired online and when playing off the WiFi. It’s a good result and promising for those who take their Switch everywhere they go - though I’m not sure how good the connection would be on coffee shop WiFi. 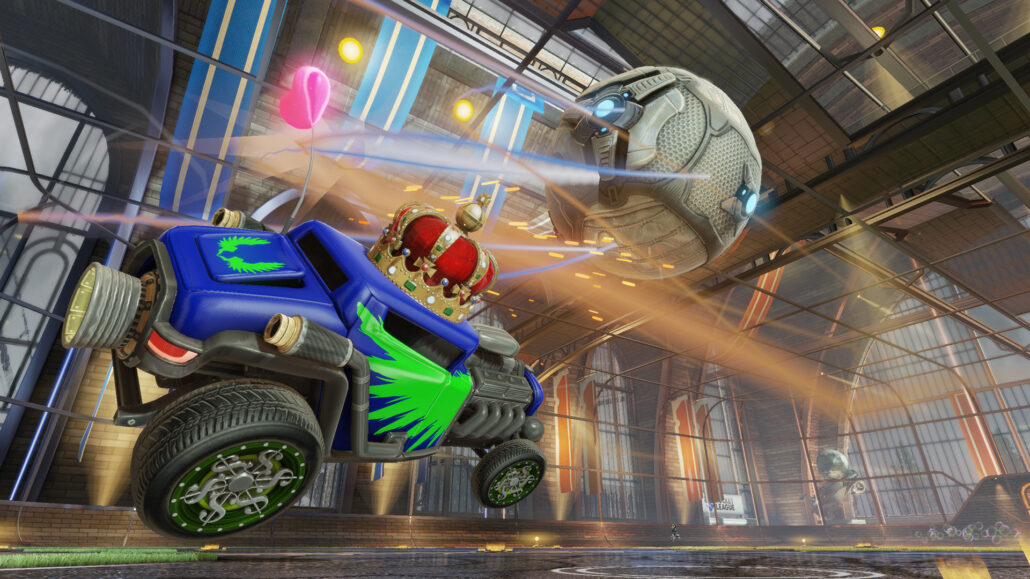 While playing Rocket League for Nintendo Switch you might notice lower quality textures, textures taking some time to pop in, and overall less detailed cars and environments when compared to other versions of the game. However, while in the heat of the moment you can easily forget about all of this, especially when playing in handheld mode; the smaller screen really does hide many of the technical drawbacks.

Rocket League is a great, exciting game, and none of that is lost on Switch, even if it is a less pretty version of the game. If you want a Rocket League experience you can take on the go, this is the perfect way.