Robert Downey Jr. Gets Spotted With an Alleged OnePlus 8 Pro in This Latest Photograph

Previously, a live image of the upcoming OnePlus 8 Pro had popped up online and now the phone has been spotted again but this is no ordinary sighting. OnePlus’ upcoming maxed out flagship was recently seen in the hands of the Hollywood actor Robert Downey Jr., who was seemingly shooting for its ad.

Oneplus 8 Pro Will Likely Feature a 3D Depth Camera, Which Can be Spotted in the Latest Image

In the photograph, the back of the OnePlus 8 Pro can be seen and it’s in line with the previously seen image. This means that the phone will likely have three vertically aligned cameras as well as a 3D ToF unit. Apparently, the handset will have a 64MP main camera, a 20MP ultra-wide unit, and a 12MP telephoto sensor that will offer 10x hybrid zoom.

As for the latest OnePlus 8 Pro image, it’s hard to say if it’s a staged rumor or really a leaked picture. However, chances are that the company is trying to hype up the phone. Either way, the image confirms that the phone will have three camera units and possibly a depth sensor, which will allow it to better compete with phones from rival companies. 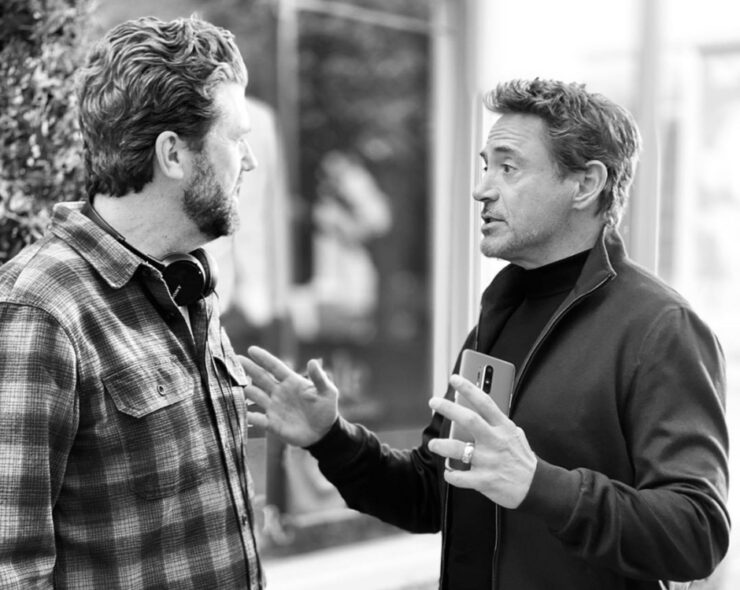 Only the back of the phone is visible in the picture, and so it doesn’t confirm anything else about the handset. According to previous reports, the phone will not have a pop-camera and will instead feature a pinhole display to house the selfie camera. Two other things that are worth mentioning are that this can be OnePlus’ first phone from the company to support wireless charging and it will likely offer improved water protection too.

The phone will most likely sport a 120Hz QHD+ screen and it will be underpinned by the Qualcomm Snapdragon 865 chipset. OnePlus is expected to unveil the phone next month, with the exact launch date being April 15, according to a tipster.

Do you think Robert Downey Jr. was actually holding a OnePlus 8 Pro in this hand? Let us know your thoughts down in the comments.