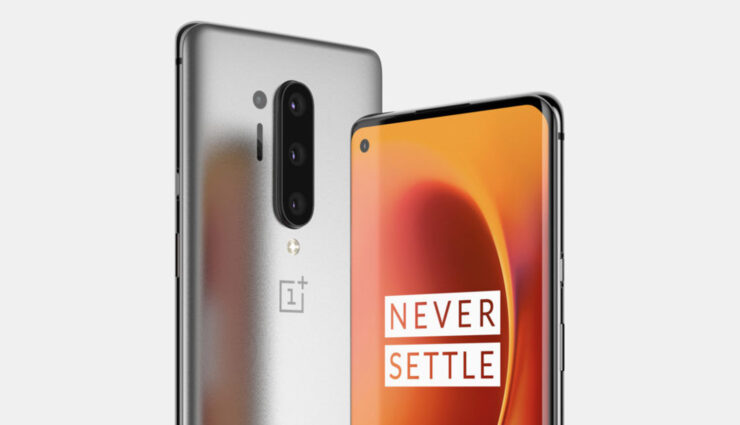 OnePlus is set to release its highly-awaited OnePlus 8 series in April this year. This information comes to us via a slew of leaks, one of which hinted at a 'mid-April' release and another that told us the exact release date of April 15th. Now, another teaser image has emerged online that reaffirms the April 15th launch date.

The concept image above comes from renowned artist Max J on Twitter. The phone in the image is what appears to be one of the OnePlus 8 series. It seems that OnePlus has ditched the motorized solution for its selfie cameras and decided to go back to a more traditional hole-punch design.

What else does the OnePlus 8 series have in store for us? For starters, we'll get three phones instead of two. A three flagship release is pretty much standard now, as we've seen with the Galaxy S20 series. The regular OnePlus 8 and the OnePlus 8 Pro are expected to come with 120Hz QHD+ screens, a Snapdragon 865 SoC, LPDDR5 RAM and UFS 3.1 storage.

The OnePlus 8 Lite, on the other hand, will be the world's first phone to ship with MediaTek's Dimensity 1000 SoC. MediaTek has been long associated with low-cost devices due to its lackluster performance, and it is good to see it make a comeback into mainstream flagships.

All three phones will support 5G out of the box, according to a company spokesperson. Furthermore, they will also support wireless charging out of the box, which is also a first for a OnePlus device.

As far as the actual launch event goes, one rumor stated that OnePlus was likely to cancel the physical launch and opt for an online-only event. A OnePlus spokesperson later stated that the physical launch would go ahead as planned, but the chances of that are incredibly low. The recent COVID-19 epidemic has resulted in a lot of events getting canceled, as large public gatherings serve as a petri dish for infections. A lot of Chinese OEMs such as Oppo, Vivo, and Xiaomi have launched their 2020 flagships online, so we see no reason why OnePlus wouldn't do the same.