The Coffee Lake architecture is meant to improve overall system power consumption and add to the efficiency. In the case of the 9th Gen CPUs, we are looking at refined 14nm++ process which allows Intel to gain improved clock speeds and increase the number of cores within the same power envelope. 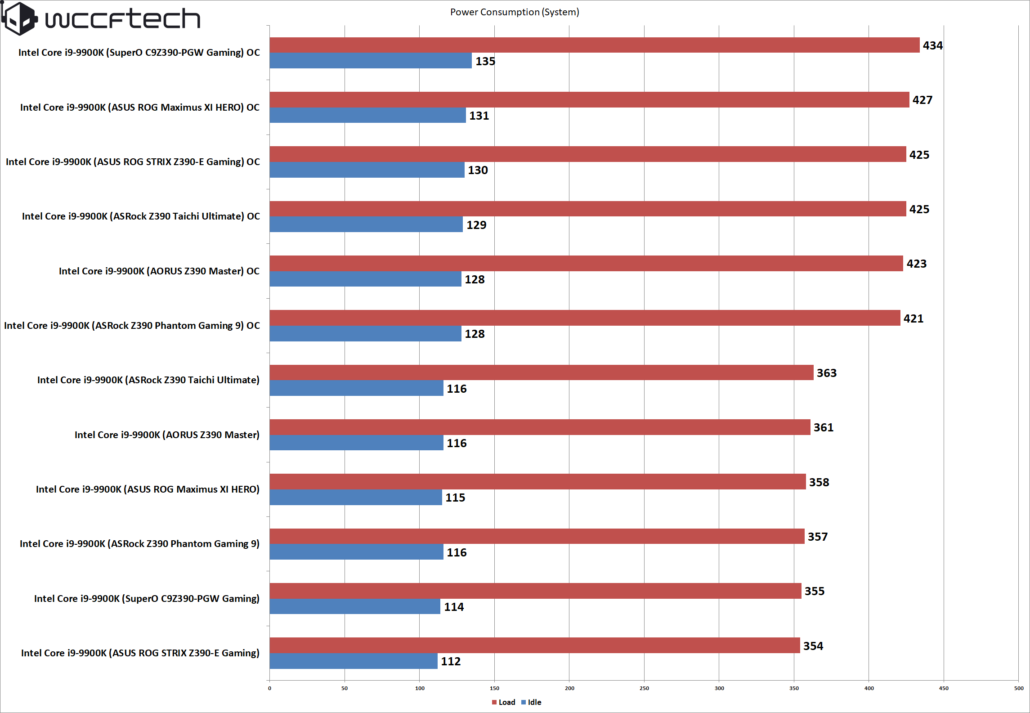 With the frequency bump, the new chips do end up with higher power consumption both in idle and load states. The Intel Core i9-9900K when overclocked, breaches the 400W barrier. Even the stock operation is higher than the previous generation flagship which tells that this part has may not be aiming the higher efficiency point as the previous generation parts. You can also note the VRM temperatures for the various Z390 motherboards we have tested so far: 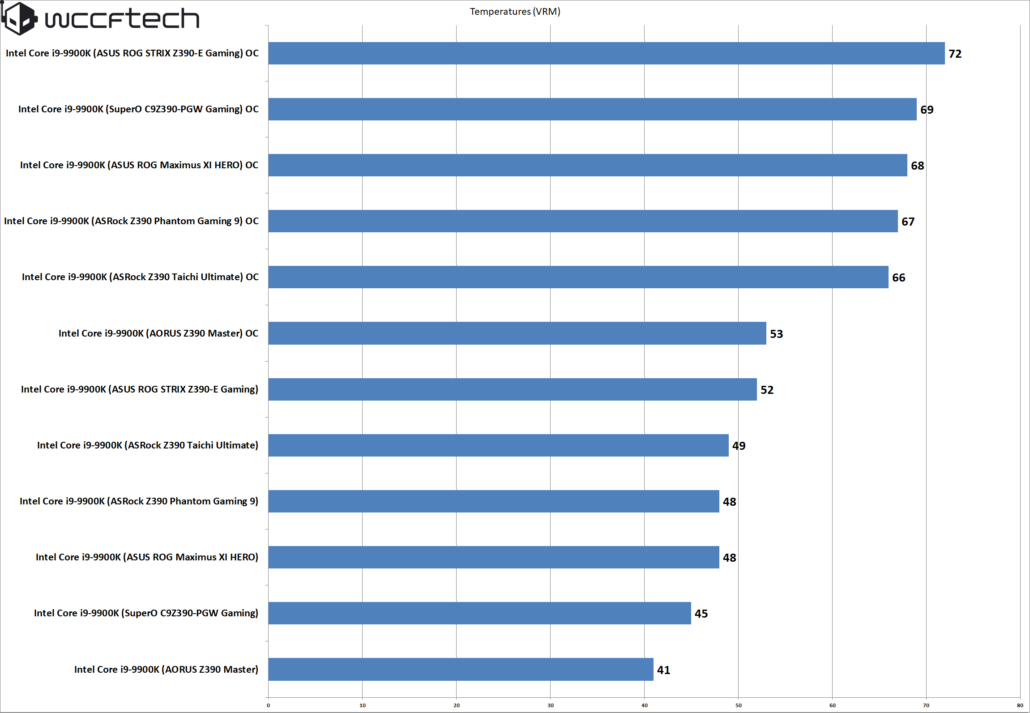