The SuperO Z390 motherboard lineup is made of three full-sized ATX and a single ITX board. The three main areas that SuperO has really put attention to is providing users with 24/7 Reliability, a server grade quality, and power efficient design. Following are the four motherboards that will be offered in the SuperO Z390 family. 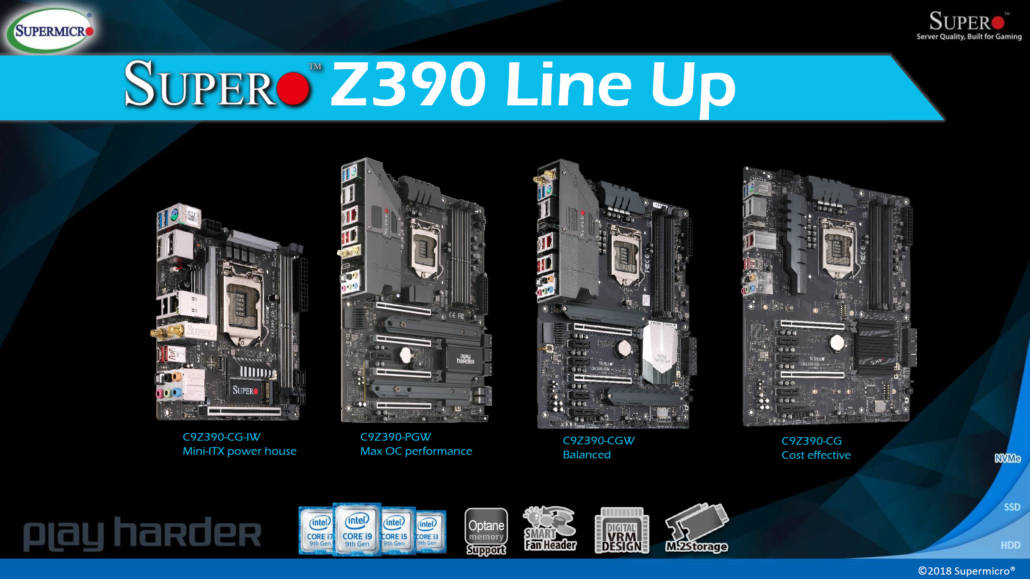 Looking at the flagship SuperO C9Z390-PGW, this motherboard comes with the LGA 1151 socket that is designed to support a higher TDP of 140W for maximum overclocking potential. We can tell that there's a 10 phase VRM on the board that is powered by a single 8-pin power connector. The board features four DIMMs slots that can house up to 64 GB of memory at speeds of up to 4000 MHz (OC+). In addition to that, there are four PCIe 3.0 x16 expansion slots, a single PCI-e 3.0 x1 slot and two M.2 slots that are hidden beneath the massive M.2 heatsinks that extend over from the PCH heatsink.

Storage options include six SATA III ports, two U.2 ports and we can find some nifty overclocking and tuning buttons on the top right corner of the board too. SuperO is using metal shielding on the DDR4 DIMM and PCIe 3.0 x16 expansion slots while the top I/O cover is placed right over the aluminum heatsink that rests over the VRMs. One thing to note here is that SuperO is using the Broadcom PEX8747 switch that offers higher PCIe lanes than the standard count. This is essential for powering the insane amount of expansion available on this motherboard. This offers an x8, x8, x8, x8 configuration on all four PCIe x16 slots available on the board.