The ASUS ROG GeForce RTX 2070 STRIX OC graphics card comes within a standard cardboard based package. The front of both packages has a large “GeForce RTX” brand logo along with the “ROG” logo on the top left corner. ASUS is known to use their ROG STRIX logo along with a small picture of their graphics card on the package and this one is no exception.

The packaging has put a large emphasis on the RTX side of things as the first feature enlisted by AIBs will be Ray Tracing, followed by GDDR6, DirectX 12 and Ansel support. NVIDIA has bet the future of their gaming GPUs on Ray Tracing support as these are the first cards to offer support for the new feature. You can also note the particular variant of this graphics card on the front, OC in my case. The ROG STRIX 2070 is available in standard, OC and Advanced variants and the box is labeled clearly as to which variant you are getting. 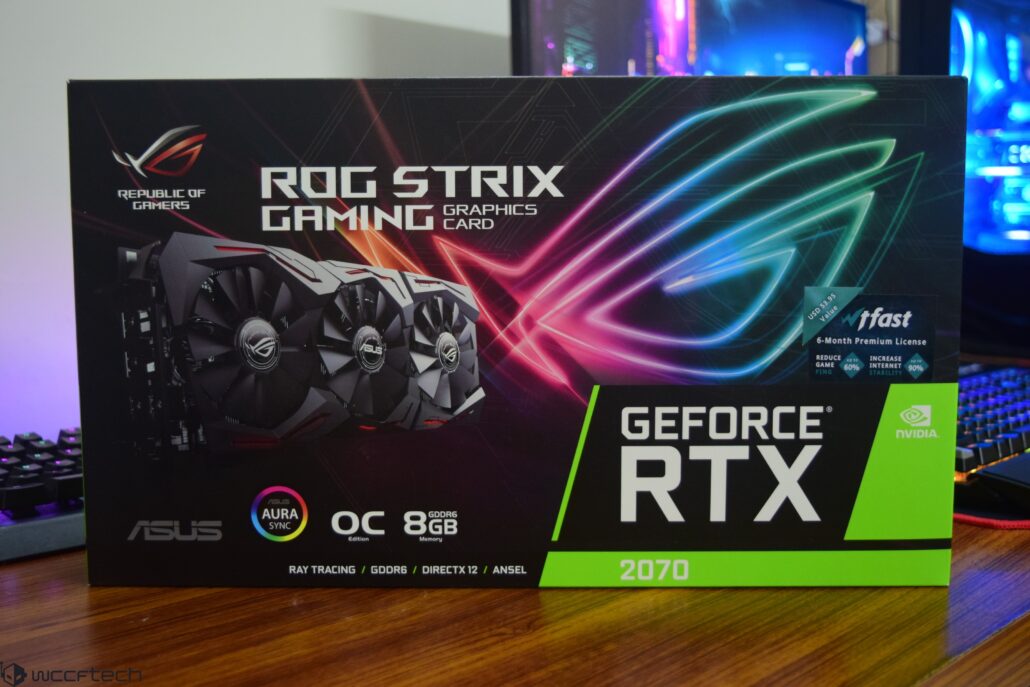 The back of the box is very typical, highlighting the main features and specifications of the cards. The key aspects of the ASUS ROG STRIX card is the Auto-Extreme Technology and the Maxcontact technology which have been used in the manufacturing of this graphics card. The card is also AURA Sync compatible and utilizes Wing-Blade fans to deliver higher airflow to the interiors. 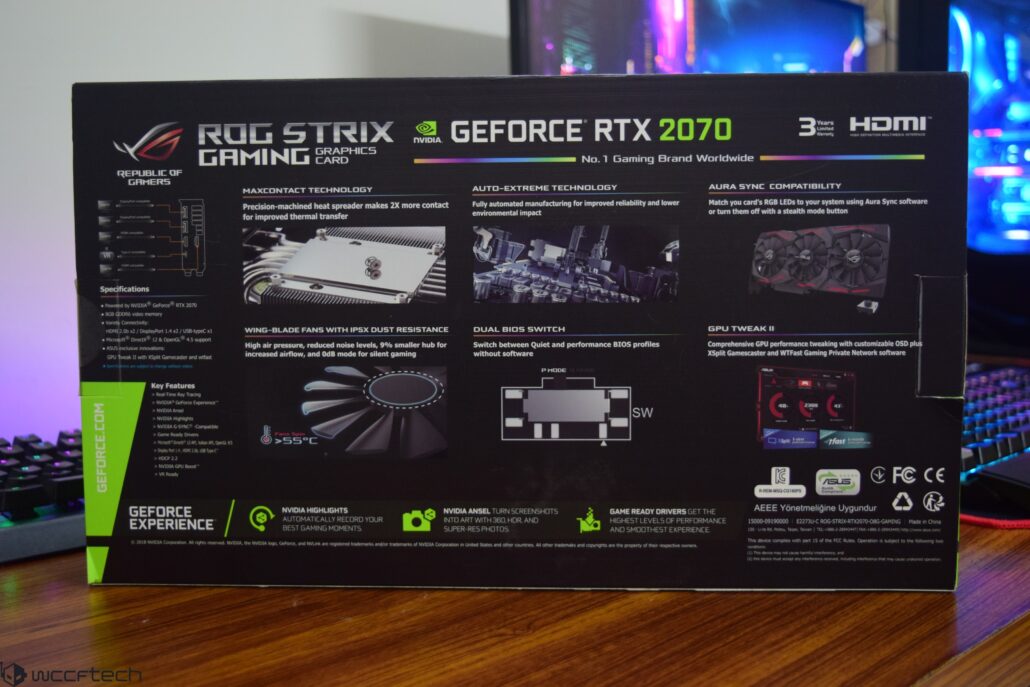 There's a second box within the main packaging that has a nice texture to it and white "STRIX" branding embedded in the middle. 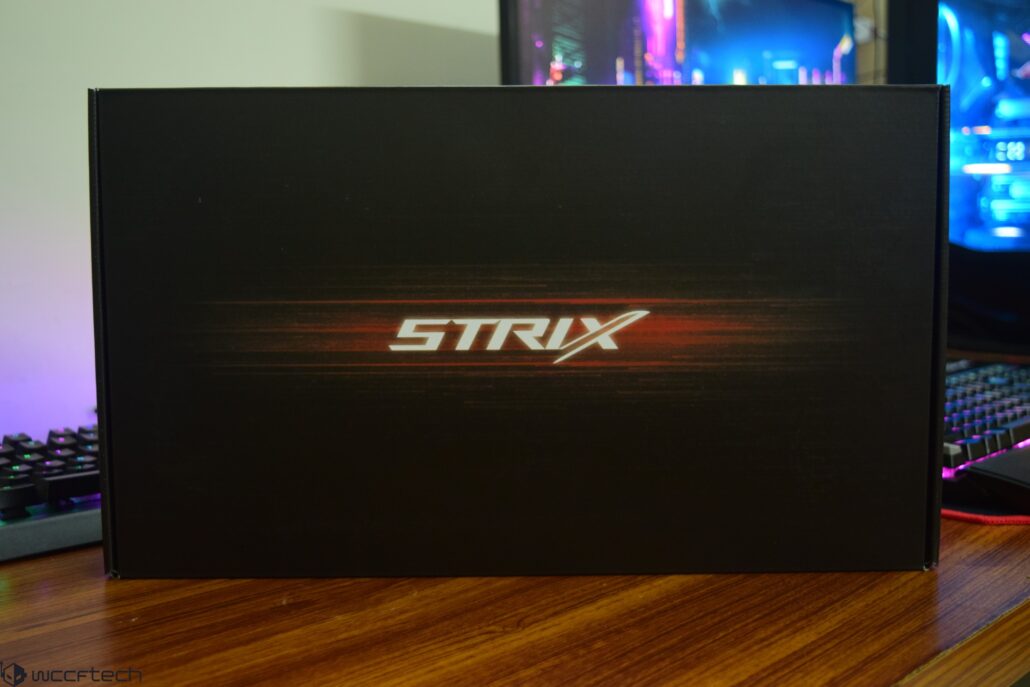 Useful manuals and installation guides are packed within along with a Quick Users Guide, a sticker letter and a single drivers disk. It’s best to ignore the driver disk and install the latest software and graphics drivers directly from the NVIDIA and MSI official web pages as the ones shipped in the disks could be older versions and not deliver optimal performance for your graphics cards. The card accessories include a Molex power connector which isn’t of much use in high-end systems since the PSUs already have the required cables. 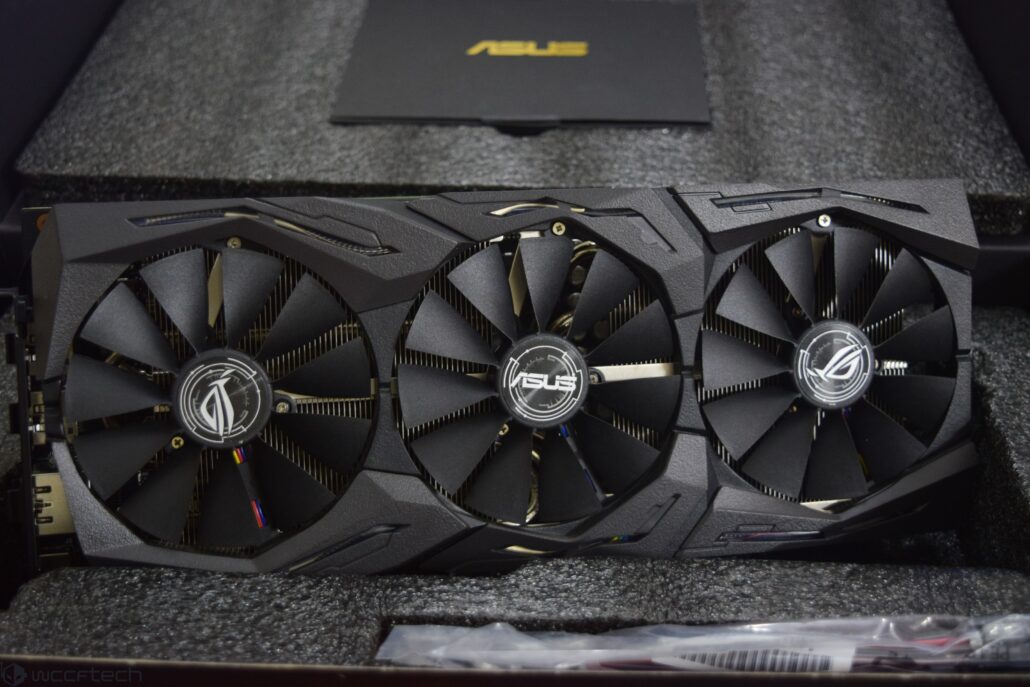 Out of the box, I am greeted with a familiar looking design which ASUS has been using on their cards for some time now. Actually, the higher up RTX 20 series cards come with Axial-Tech fans which make them slightly distinct compared to the previous GTX 10 series cards but the STRIX RTX 2070 still adopts the same cooling design as its predecessors and to be honest, the cooler is one of the better-looking ones in the market right now.