The ASUS ROG GeForce RTX 2070 STRIX OC variant is top RTX 2070 variant in ASUS's lineup. This is also reflected in the price which is $100 US more than the reference price of the GeForce RTX 2070 graphics card. The $600 US (Newegg) price would make buyers think twice as the RTX 2080 can be obtained for $100 more. Then again, ASUS is providing some key features which are not available on the reference cards such as an advanced cooling through their ROG STRIX cooler, a fully custom PCB and a good factory overclock. 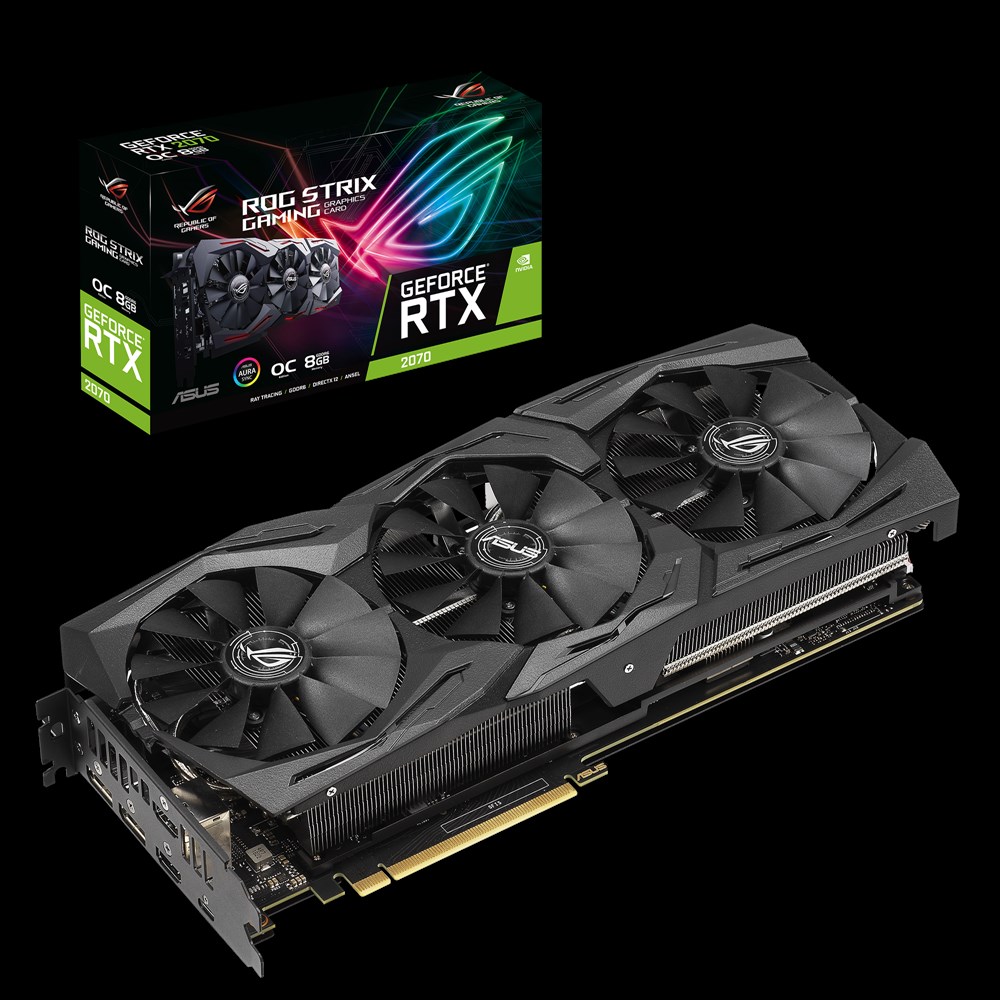 In terms of specifications, the NVIDIA GeForce RTX 2070 features 2304 CUDA cores, 144 TMUs, and 64 ROPs. The Turing TU106 die used on the graphics card is based around a 12nm process and has a die size of 445mm2. The core clocks for the card are maintained at 1410 MHz for base and 1610 MHz for boost. The ROG STRIX OC model is clocked up to 1815 MHz (boost) which will be providing better gaming performance than the reference model. The chip additionally comes with 6 Gigarays of ray tracing performance and a total of 7.5 TFLOPs of FP32 compute output. The cards feature an 8 GB GDDR6 memory interface running along a 256-bit wide bus interface. The reference model is powered by a single 8 pin connector and has a TDP of 175W.

The ASUS ROG STRIX graphics cards are defined by their design and are the most renowned in the industry. The card features a triple fan design but unlike the axial tech fan used on the RTX 2080 cards and above, the ROG STRIX 2070 OC still uses the wing-blade fans. These fans had no issue to begin with but it would've been nice to see the updated axial tech fans on more mainstream cards too. Other than that, ASUS also offers their MaxContact technology based heatsink which offers 2 times more contact to the GPU than traditional nickel plated copper surfaces, allowing for better thermal dissipation.

The card comes with a fully custom PCB design and has a 10 Phase SAP II design that utilizes premium components to deliver better overclocking and core stability when running graphics intensive applications.

Following are some of the features of the ASUS ROG GeForce RTX 2070 STRIX OC before we go into detail: