This review is of the MSI Gaming X 1080 provided by Overclockers UK.

Test rig for this review:

That little two character term has had a lot of meaning for me in recent years. It’s cost me a lot of money, it’s been my goal, just two little characters.

Of course for those on this site, you know exactly what it means. Enough to know that if I don’t point this out explicitly, I’ll be bombed in the comments so let me be clear. I know that what most people refer to as 4K is in fact not 4K but UHD. Still, the rest of the non-technical world doesn’t particularly care now and as you can tell from tons of TV’s currently marketed as 4K/UHD, the world has moved past the debate.

But the point is, whether you care about 4096x2160 (ACTUAL 4K) or 3840x2160 (UHD), the GPU horsepower needed to drive gaming at these kinds of resolutions is still awesome and, more to the point, has so far been generally out of reach.

Oh sure, I get it, you’ll all talk about various SLI and Crossfire configurations, that can drive 4K gaming at reasonable levels. You’ll tell me that with turning down settings I can use a 980 Ti or a Fury X at 4K and get playable framerates, but here’s the thing.

That’s a load of hogwash.

Yes, multi-gpu has come a long way, but not far enough to make me want to live with the compromises that it always entails.

Yes, I can compromise settings, and this is what I’ve spent the last year and a bit doing ever since I got a Titan X as I had waited long enough and when the first single GPU card came along that seemed somewhat capable of 4K gaming, I pulled the trigger and bought it knowing I would need to compromise on settings, because I’d waited long enough and wanted my 4K NAOW!

But I’m kind of sick of that situation. You tweak settings and play around with this and turn off anti-aliasing by default and turn down this and disable that.

Can you get a playable experience? Absolutely, is it what I and a lot of other gamers out there want? Absolutely not. 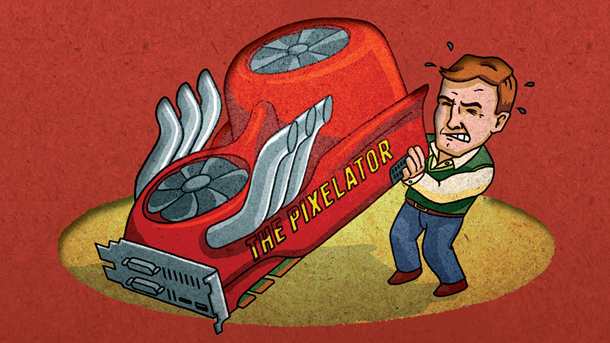 Yep, I'll take one of those please!

Really what I’m looking for is a genuinely capable 4K60 Ultra card. I had resolved to wait for GP102/Vega based cards to come along when the 1080 came out but the nice folks over at OverClockers UK somehow managed to twist my arm into giving a 1080 a try so I figured I’d give it a go.

Picking one was slightly problematic, as I’m sure many of you are aware. Supply on 1080’s is still not really able to keep up with demand. A quick look at the OCUK 1080 page (here) shows that there are lots of Founders Edition available, but little in the way of aftermarket cards which most people are rightly interested in. Whether the stories are true and Nvidia has a supply problem or they simply massively underestimated demand (maybe some combination of the two), the simple fact is that there aren’t many of these going around and you need to keep an eye on the page to get hold of one. I checked one day and they got the MSI Gaming X in stock and had 10+ available so thought I’d pick one up that evening when I got home. What do you know, by the time I got home, all sold out again. Hint, if you want to get hold of one, click the link above and F5 it regularly.

A quick chat with them and I was assured more Gaming X’s were coming in the next week so pre-ordered one and now here I am writing up the review. EVGA Classifieds are still unknown ETA, same with Strix (Strixes? Strix’s?) and Gaming Z’s.