We start out with standard games which are not DX12, then we’ll also take a look at a couple of DirectX 12 games at the end of the review and compare both stock and overclocked performance on the two cards with both versions of DirectX. All of these games were tested at 2160p in exclusive fullscreen unless otherwise noted.

Arkham Knight was largely slated when released on PC as an unplayable and buggy port. Unfortunate given the reception the series of games had for its storyline and gameplay. All but those with the highest performing cards found the game to be a largely unplayable mess at launch, particularly given the use of Unreal which seems to have struggled a bit lately with XCom 2 also not having the greatest performance at launch, especially when you consider it’s not a ridiculously killer engine like Cryengine for example.

Well, a cancelled port to Mac and some PC updates later, we’re now in a situation where the performance of Arkham Knight isn’t a complete travesty anymore so I thought it’d be interesting to see how these cards perform on the in game benchmark. Slide below is average throughout the benchmark with a table beneath showing minimum and maximum values. Overclocking both cards presented no problems in Arkham Knight and the game ran smoothly without artefacts, glitches or crashing drivers. 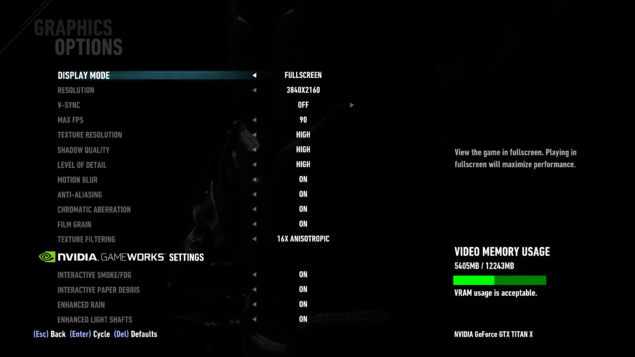 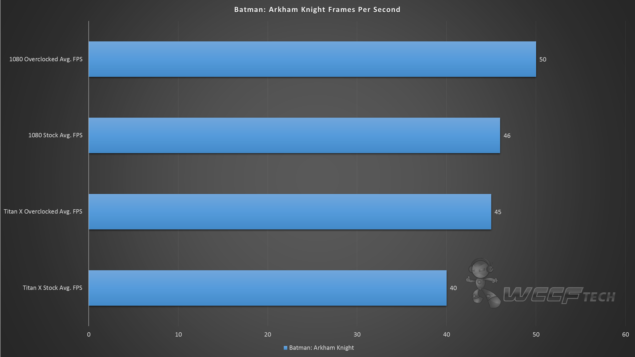 So as we can see, at stock clocks the 1080 holds a 15% advantage over the Titan X, while hitting a little over 11% lead looking overclock to overclock. Unfortunately we still need another 20% improvement over the overclocked 1080’s FPS to hit 60 frames per second at 4k but it’s a decent return.

Arkham Knight minimum and maximum frame rates come in as below.

At the other end of the scale in terms of successful launches from Arkham Knight was the Doom reboot. An excellent game lauded webwide as a brilliant return to form and a great technical launch given the overall smoothness of the graphics and detail in game.

Doom doesn’t include a benchmark so for this testing we set ourselves up with a custom 60 second benchmark in the Argent Tower level opening segment. Frame rates here are getting much better, although as you will see from the minimum values in the table after, there is still ample room for improvement. 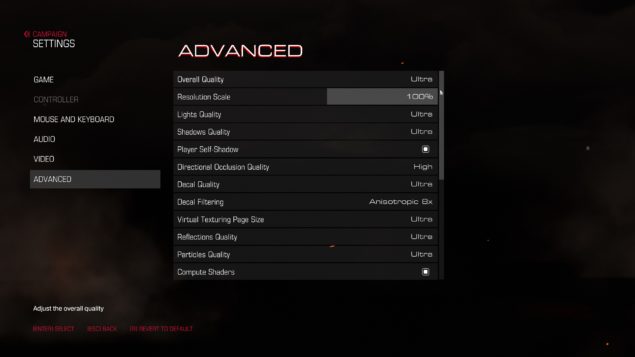 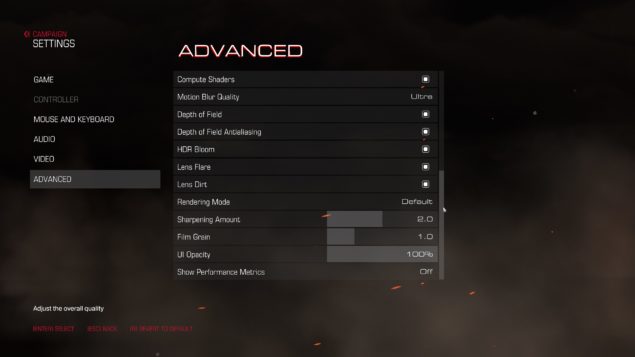 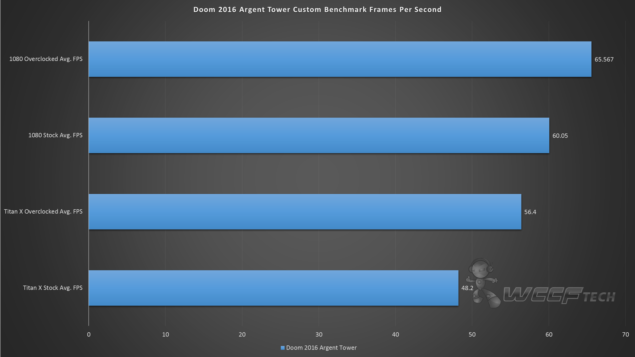 As you can see from the above, we get a nice boost in OpenGL using the 1080 over the Titan X with the stock to stock registering a 24.6% boost in average frames per second vs. a 16.26% increase overclock to overclock. It’s worth noting that given the lack of an in game benchmark, although relatively controlled in terms of the level, direction and actions taken, there will always be differences in performance here, as indeed there can be even in some in game benchmarks which use a degree of random generation in the benchmark (such as Ashes of the Singularity later).

A couple of years old now but still a game which pushes cards, particularly at 4K with the high resolution texture pack installed, Shadow of Mordor was an example of a very well done port to PC in many ways showing that WB can do things right in the PC space when the mood takes them. I have had issues with running Shadow of Mordor in exclusive fullscreen at 4K however for quite a while and for some reason it doesn’t see 3840x2160 as my native resolution. To get around this, I run it in borderless mode which allows for the resolution without problem, although potentially giving up some performance.

For Shadow of Mordor we use the in game benchmark with minimum and maximum frame rates in the table below. 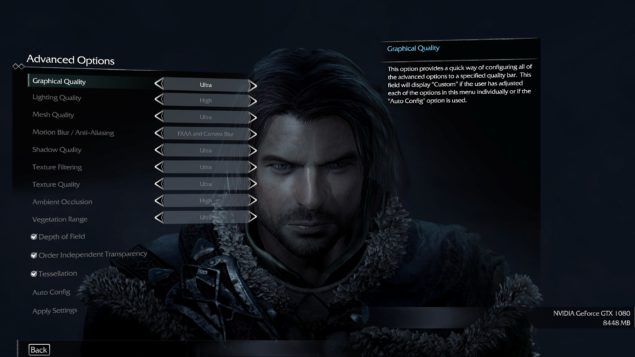 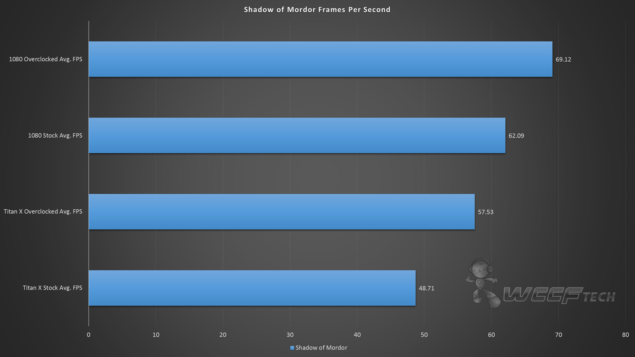 Again we see a decent performance boost from the 1080 at 4K with a stock to stock gain of 27.5% although only a 20% gain overclock to overclock. Even so, we’re well over the 60FPS for average frame rate here, although as below, you’ll see that there are dips into the fifties even for the 1080 in overclocked mode.

Another difficult PC launch and several years old now but still a challenging game for modern machines to run. Rome 2 was a commercial if not technical success at launch but was regularly patched to get the game into a playable state. Rome 2 was another game that had issues with my normal Titan X overclock but I did manage to get it stable at +100 on the core clock and +300 on the memory clock.

We use the in game Forest benchmark for our testing here at 4K. 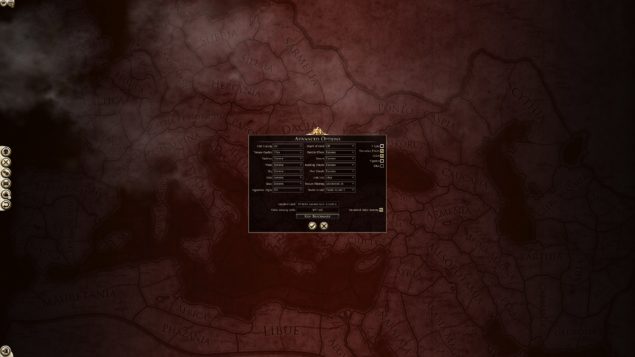 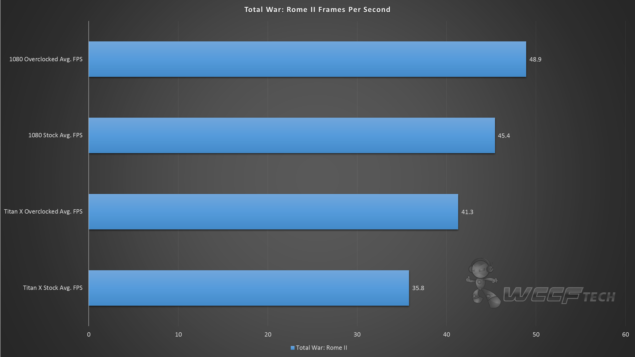