Kena: Bridge of Spirits was one of my personal gaming surprises of 2021. At first glance, the game developed by Ember Lab looked nothing more than a straightforward action game featuring beautiful, Pixar-like visuals. In reality, it had plenty of meat on its bones, offering an engaging experience that, while not particularly innovative, remained very enjoyable from beginning to end.

A little over a year since its release, Embel Lab is introducing new content to the game with the Anniversary Update, as well as releasing the game on Steam. The new content, which includes new customization options, new cosmetics, and new challenges, among other things, isn't particularly game-changing, but it rounds up the package nicely and offers players some good reasons to return to this charming world.

At its heart, Kena: Bridge of Spirits hasn't changed much with the Anniversary Update. As it features no new story content, players will once again take on the role of the Spirit Guide Kena as she helps troubled souls pass on. Last year, I found the story quite unexciting, and a new playthrough hasn't changed my opinion much, given how little character development there is and how it eventually turns into a predictable good versus evil affair.

What has changed in Kena: Bridge of Spirits with the Anniversary Update is the gameplay, although not in any major way. The basics of the experience are still the same: players control Kena as she traverses a decently sized world, collects items, unlocks abilities to further explore the world and fights all sorts of enemies in a combat that is, like traversal and exploration, massively inspired by the classic 3D entries in The Legend of Zelda series like Ocarina of Time. If there's no need to fix it, don't break it, after all, so it makes sense that many of the gameplay additions of the Anniversary Update do not impact the experience too much and can be largely ignored.

Some of the most significant additions introduced by the Kena: Bridge of Spirits Anniversary Update are Charmstones, special accessories that can be obtained by exploring the world and engaging in new additional content, the Spirit Guide Trials, which alter Kena's abilities in some interesting ways. Some of these Charmstones, like Arrowhead, offer buffs, while others, like Resilience, offer even better buffs alongside significant debuffs. A special type of rare Charmstones only applies debuffs, which allow players to put their skills to the test further, especially if they have already completed the game at the highest difficulty setting available.

While Charmstones provide new welcome customization options that allow players to try different playstyles, most will probably not bother with them a lot, considering that Kena: Bridge of Spirits isn't a very difficult game. The Spirit Guide Trials are entirely different, though. It is a sort of new game mode that offers new challenges divided into three different categories - Obstacle Courses focused on traversal challenges and Kena's Bow, Bomb, and Dash abilities, Wave Defenses focused on combat and Boss Reflects (simple boss rematches). By completing these trials and clearing the Bonus Objectives, it is possible to unlock new outfits for Kena inspired by the Spirits she helps during the adventure, color variants for these outfits, and special Charmstones with which to customize Kena's abilities further. The Obstacle Courses and Wave Defenses trials are quite well-designed, pushing the limits of the game's mechanics further, so all players should try them out, even if they are not interested in the rewards they offer.

Alongside Charmstones and Spirit Guide Trials, returning Kena: Bridge of Spirits players will find some new features that will spice up a new playthrough, such as New Game +. In this mode, all of Kena's abilities and upgrades are carried over to a new playthrough and, as such, enemy encounters have been balanced accordingly. New Game + also features new enemy types, and bosses have new attacks which spice up their patterns and make the battles against them even more epic. Even outside of New Game + mode, the Anniversary Update features some rebalancing, with the introduction of a new Apprentice Spirit Guide setting, which is a little more challenging than Story Mode but not as challenging as Spirit Guide, and two new upgrades for the Bomb ability - Splatter Bomb and Spirit Bomb, two new combat options that are definitely welcome.

Rounding up the new additions included in the Kena: Bridge of Spirits Anniversary Update is the introduction of NVIDIA DLSS support and Dynamic Resolution on PC, which both help the game run at a decent framerate without having to compromise visual quality too much. As the beautiful visuals are a big part of the Kena: Bridge of Spirits experience, these options are extremely welcome. With DLSS on the Quality preset, the game runs at 4K resolution and a combination of high and ultra settings in the ballpark of 80, 90 FPS on the machine used for the test (i7-10700 CPU, RTX 3070 GPU, 16 GB RAM), which resulted in a much better experience than I had on PlayStation 5 last year.

Launching for free for all existing users, the Kena: Bridge of Spirits Anniversary Update is a great way to show some more love to one of the most surprising games of 2021. While the additions aren't that big, they make the experience feel a little more complete, providing players with new challenges and new ways to enjoy this magical experience. 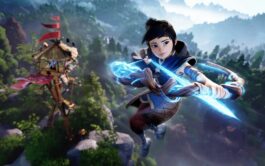 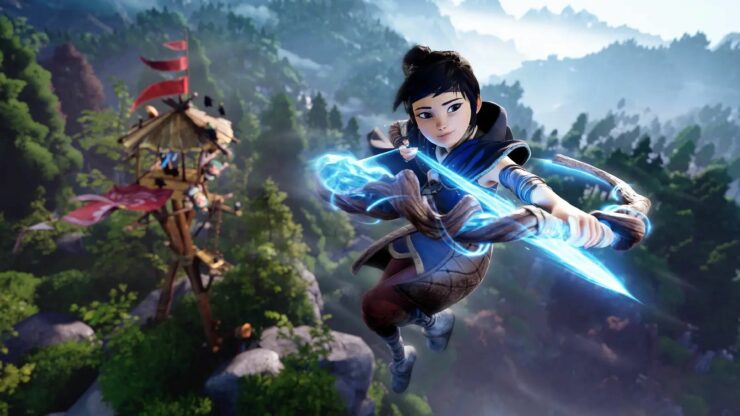 Featuring new content that expands the game in some interesting ways and new trials that push the limit of the game's mechanics, the Kena: Bridge of Spirits Anniversary Update has a lot to offer to returning and new players alike. The new additions aren't particularly game-changing, so those who did not like the original release won't change their opinion with the new content. Those who loved Kena: Bridge of Spirits, however, will find a lot to like in the Anniversary Update.