Appearances can be very deceiving in life and video games. At first glance, Kena: Bridge of Spirits, the first game developed by Ember Lab, looks like a very simple action-adventure game that doesn't have a whole lot going on outside of its gorgeous, Pixar Studios influenced visuals. In reality, there are quite a few things the game has got it going for itself, so many that it almost feels hard to believe that this is the studio's very first title.

In Kena: Bridge of Spirits, players take control of Kena, a Spirit Guide who roams the land in search of spirits to help. In this unnamed world, many are those who cannot move on to the next life due to regret or unfinished business, and it's up to people like Kena to make things right. Her duty eventually brings her to a land plagued by a mysterious corruption, which she will have to clear out with the help of a few friends before reaching a sacred mountain shrine.

Unfortunately, the story of Kena: Bridge of Spirits is nothing to write home about, as it is quite basic and doesn't move beyond the boundaries of a classic good versus evil tale. Characters also get little development during the game, which is a shame, as their design, facial expressions, and animations make them instantly likable. Even Kena herself remains undeveloped, and her backstory is hardly explored during the course of the adventure. It's a real shame, since the game's universe and characters feel like they have a lot of untapped potential.

While Kena: Bridge of Spirits doesn't deliver when it comes to story and character development, it definitely does in terms of gameplay, even though it really doesn't bring anything new to the table.

It's clear that Ember Lab has been inspired by Nintendo's The Legend of Zelda series, as Kena: Bridge of Spirits does feel like a lite version of any 3D entry in the franchise. Controlling the Spirit Guide, players need to explore a decently sized map where all locations feel readily available but can only be accessed with the right ability or item. This semi-open-world approach works great, as it allows players to branch out when they feel like in search of collectibles and optional content without making the adventure feel too dispersive. Kena also controls very smoothly, which makes exploring the luscious locations in the game quite satisfying.

With a mysterious corruption plaguing the land, it is not surprising that Kena will have to fight many different enemies to make it to the mountain shrine. Combat is the feature that honestly surprised me the most. It starts extremely basic and uninteresting, with your typical lock-on mechanics, light and heavy attacks, dodging and parrying mechanics, and very limited enemy variety. As I mentioned earlier, appearances can be very deceiving, and combat completely changes into a much more involving affair once players unlock a few additional abilities.

The first mechanic that makes combat much better than it is in the first few hours are the Rot mechanics. During the adventure, Kena meets these cute little spirits called the Rot that help her fight the corruption spreading through the land. They also help her in combat, granting her the ability to stop enemies in their tracks for a limited amount of time, augment her regular attacks, and so on. Commanding Rot requires Kena to fill a special meter, which is built by attacking and defeating enemies, so it is pretty much impossible to abuse these mechanics to render all battles a walk in the park.

The Rot mechanics isn't the only one that improves the combat feel as the adventure proceeds. Once the Bow is unlocked, for example, the game will start throwing at you enemies that attack from range, flying enemies, and grounded enemies that have some visible weak points that can be hard to hit with an arrow while they are moving. As such, the game forces players to switch their strategies and use all the tools at their disposal to defeat enemies with ease. This combat design approach shines in boss battles, which play great and feel quite epic, also thanks to the great soundtrack.

Kena: Bridge of Spirits isn't at its best only during combat, as exploration mechanics are just as well thought out as the action is. While exploring locations to guide spirits to the afterlife and save the land from corruption, players will often have to solve some simple puzzles designed around Kena's abilities, such as controlling the Rot to move objects, shooting spirit arrows with the Bow, and so on. Many of these puzzles also require some light platforming that feels great and never frustrating: thanks to the very smooth controls, I didn't die once for a missed jump in my 13 hours with the game.

Thorough exploration is also made more rewarding by the wealth of collectibles available, ranging from simple cosmetics to additional Rot and Cursed Chests, simple combat challenges with different conditions. To be honest, the optional content does leave a little to be desired as it's basically related only to cosmetics unlocking, with the exception of the Meditation Spots that are used to increase max health, but completionists will appreciate it all the same.

On PlayStation 5, Kena: Bridge of Spirits comes with two display modes that favor resolution or performance. Resolution mode makes the game run at 4K resolution, 30 FPS while Performance mode drops the resolution to keep a mostly stable 60 frames per second frame rate. While the game does look gorgeous at 4K resolution, the action, especially combat, suffers from the lower frame rate, so I feel the vast majority of players will go with Performance mode. No matter the display mode, however, Kena: Bridge of Spirits looks very good, particularly due to the amazing lighting that further improves the game's atmosphere.

Kena: Bridge of Spirits also supports the DualSense haptic feedback and adaptive triggers. Haptic feedback is used both for cutscenes and gameplay, further highlighting what is happening on screen, while adaptive triggers activate when using a heavy melee attack, or when shooting the bow. Like most titles available on PlayStation 5, the implementation of the DualSense features doesn't really go beyond acceptable, so they are not exactly a game-changer. 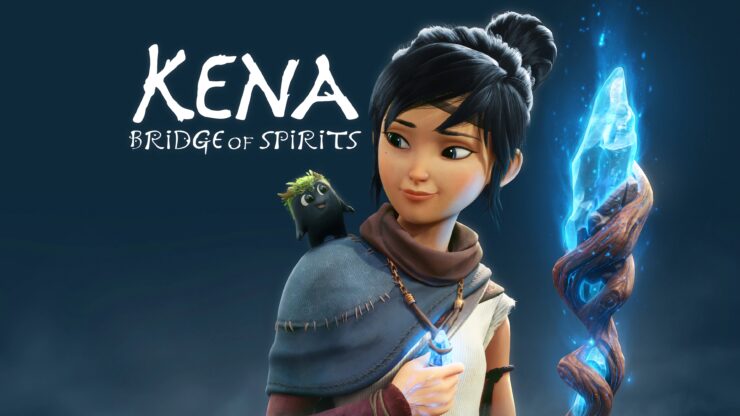