The Gigabyte / AORUS motherboard lineup will be featuring a total of 13 motherboards. The Z590 AORUS lineup comes with more enthusiast and gaming-specific features than the Gigabyte lineup while the Vision series is more so focused on the content creation segment. 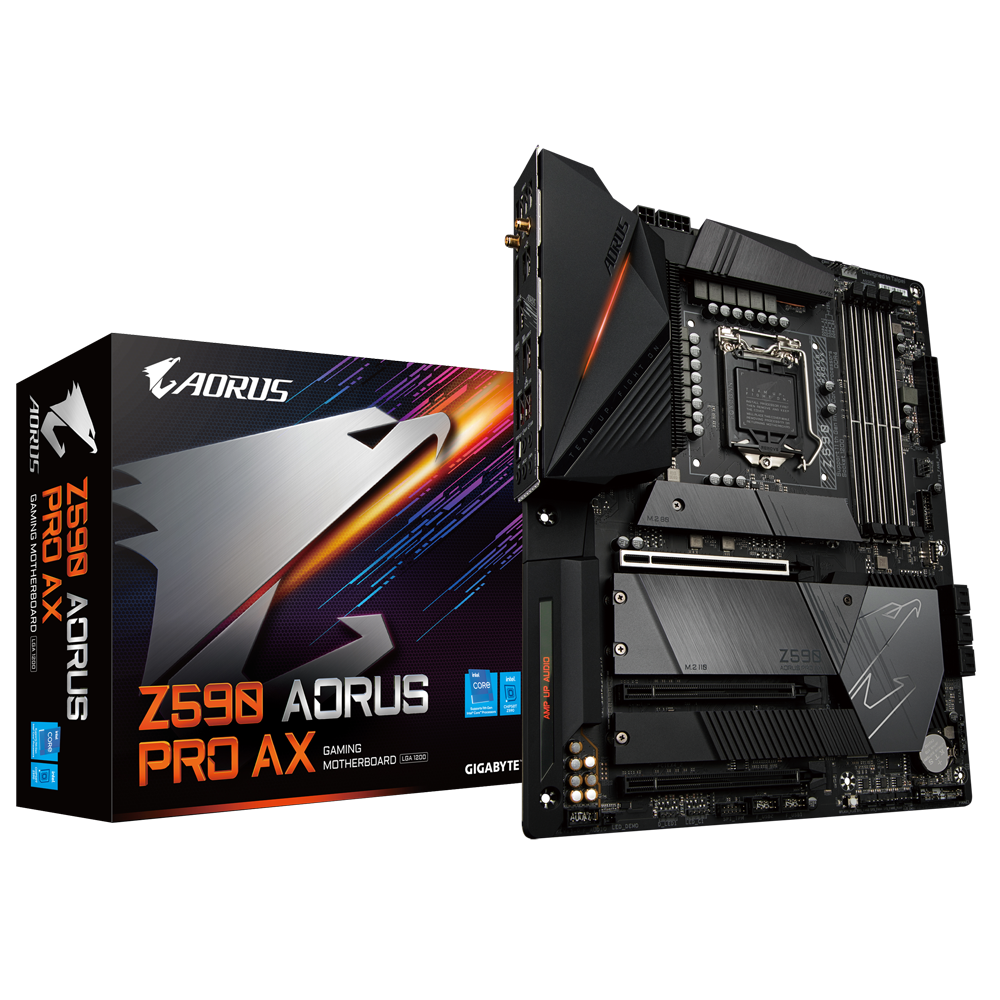 The motherboard we got for testing is the AORUS Z590 PRO AX which comes in as a mainstream offering with a price tag of $289.99 US (Newegg). Talking about specs, the motherboard features the LGA 1200 socket which is powered by a 12+1 phase power delivery that makes use of Renesas ISL99390 90A MOSFETs. The motherboard features four DDR4 DIMM slots which can support up to 128 GB capacities with speeds of up to 5400 MHz (OC+). The motherboard has a very futuristic look to it and also features a decent cooling setup on the VRMs which includes heatsinks that are made of proper aluminum fins and connected together through a heat pipe.

Storage options include 6 SATA III ports while expansion includes three PCIe 4.0 x16, and four M.2 ports. There are three M.2 slots that run on the PCIe Gen 4.0 protocol while one runs on the PCIe Gen 3.0 protocol via the PCH. All four M.2 slots feature Thermal Guard heatsinks with thermal pad cooling featured underneath them. The PCH heatsink is made up of a metallic grey finish while the IO cover has a matte black finish but does come with RGB LEDs that can be configured through the Gigabyte RGB Fusion software.