Both motherboards feature a black and grey color scheme which can be seen throughout the motherboard. The PCB is colored matte black with the same laser etching as we saw on the back. The motherboard comes in the standard ATX form factor. 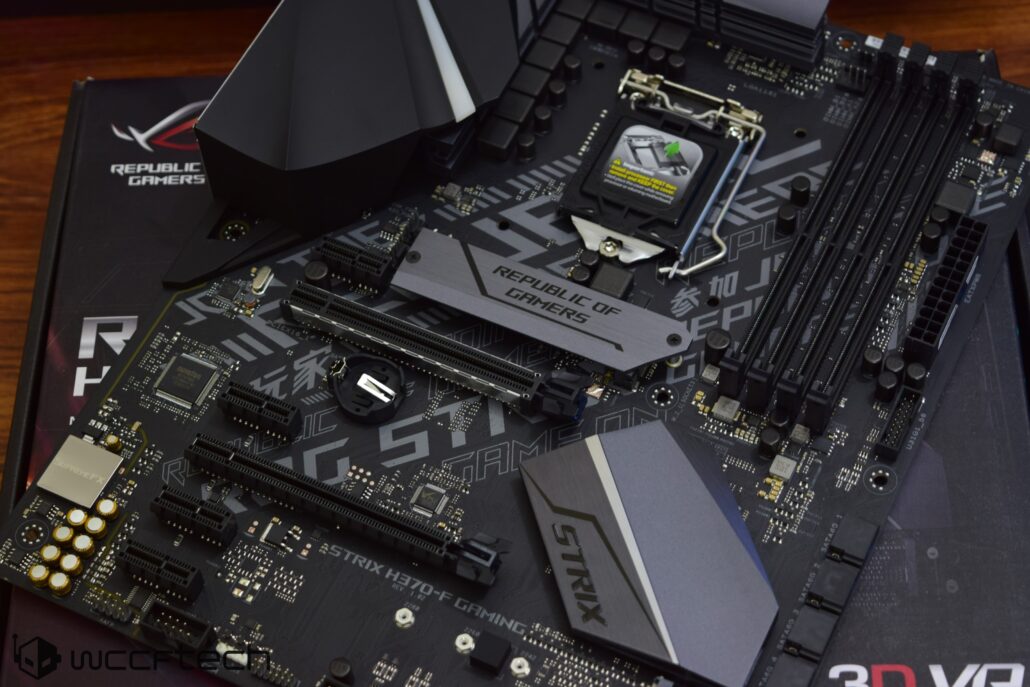 The board uses the LGA 1151 socket to support Intel Core processors. The socket is compatible with Intel's 8th generation core family only The socket has a protective cover on top of it that points out the exclusivity with Coffee Lake CPUs and refrains users from running a older 6th or 7th generation CPU as it could damage the socket. 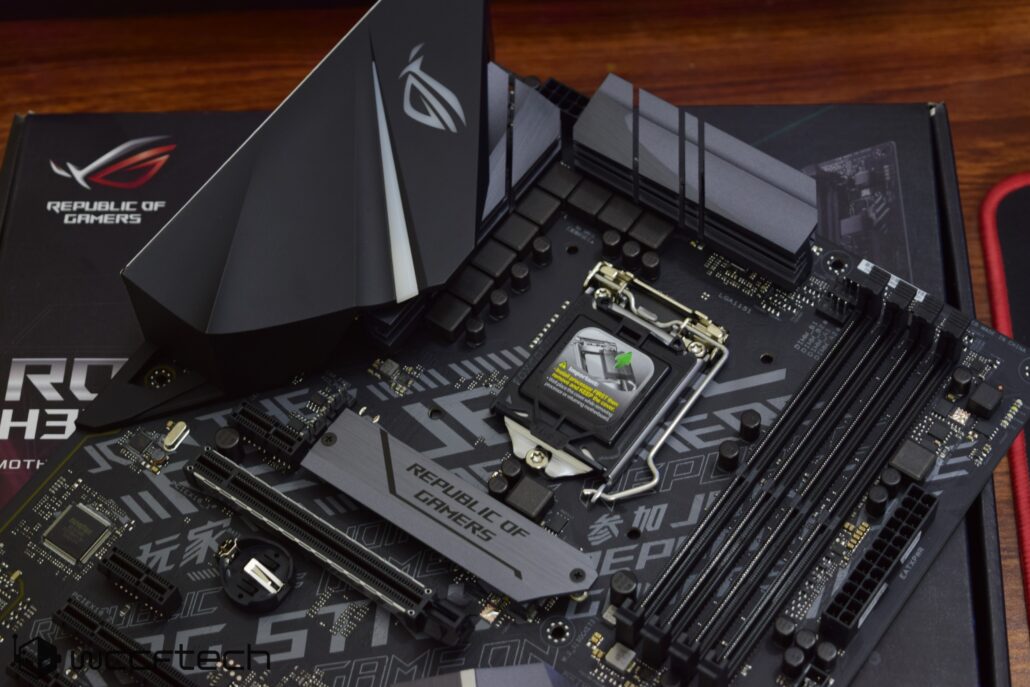 Next to the socket are four DDR4 DIMM slots which can support up to 64 GB dual channel memory. These slots are rated to support XMP profiles up to 2666 MHz (OC Plus). Each slot is labeled, making it easier to install DIMMs in the proper orientation. 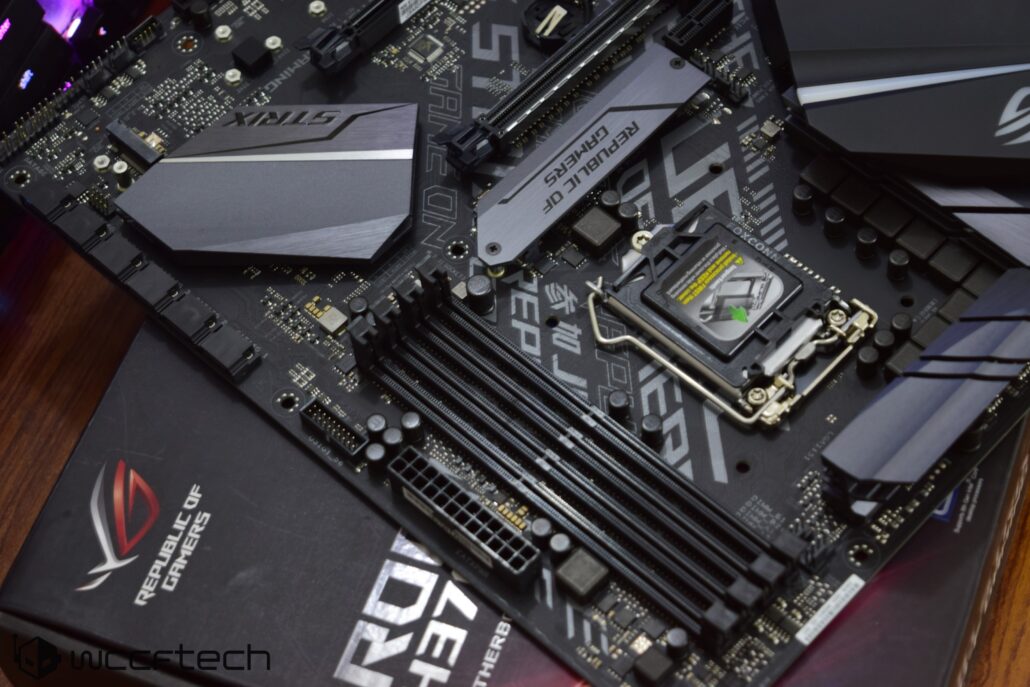 Both motherboards rock a similar 8+2 phase DIGI+ VRM power design and since this a ROG STRIX board, we can expect the use of top notch components. There's also ESD Guards, Q-LED, DRAM over-current protection and other features to support proper CPU functionality and memory compatibility. 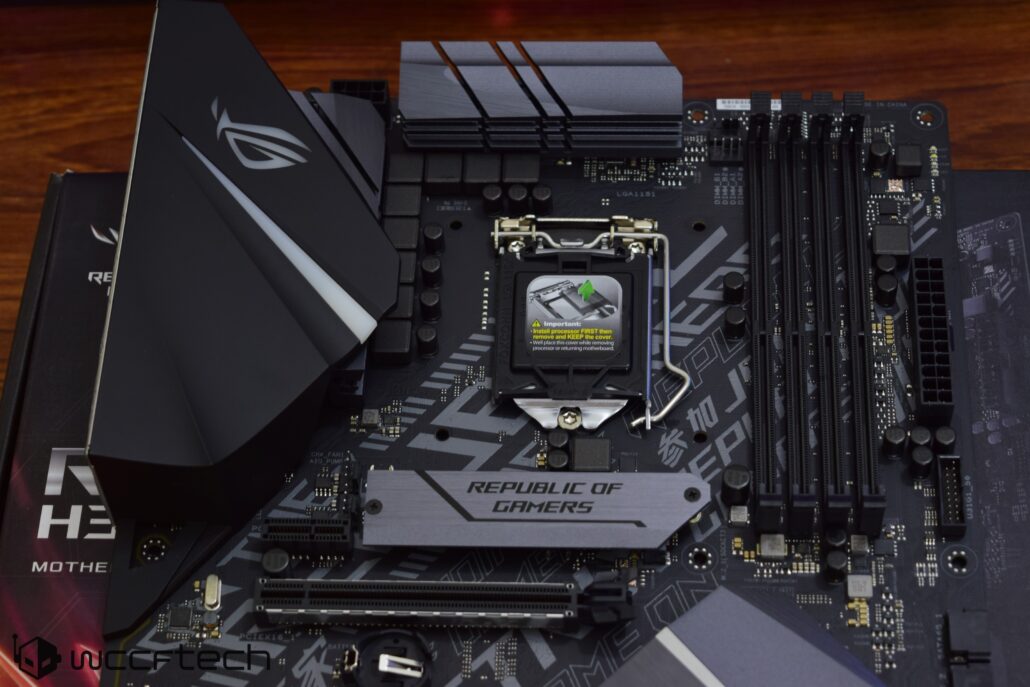 As you can see, the VRMs are getting ample cooling from the two metallic heatsinks that are large in terms of overall size. Even if the motherboard doesn't allow overclocking, high-end CPUs like the Core i7-8700K can still put some stress over the VRMs so proper cooling is required and it's a good thing that ASUS didn't cheap out here. 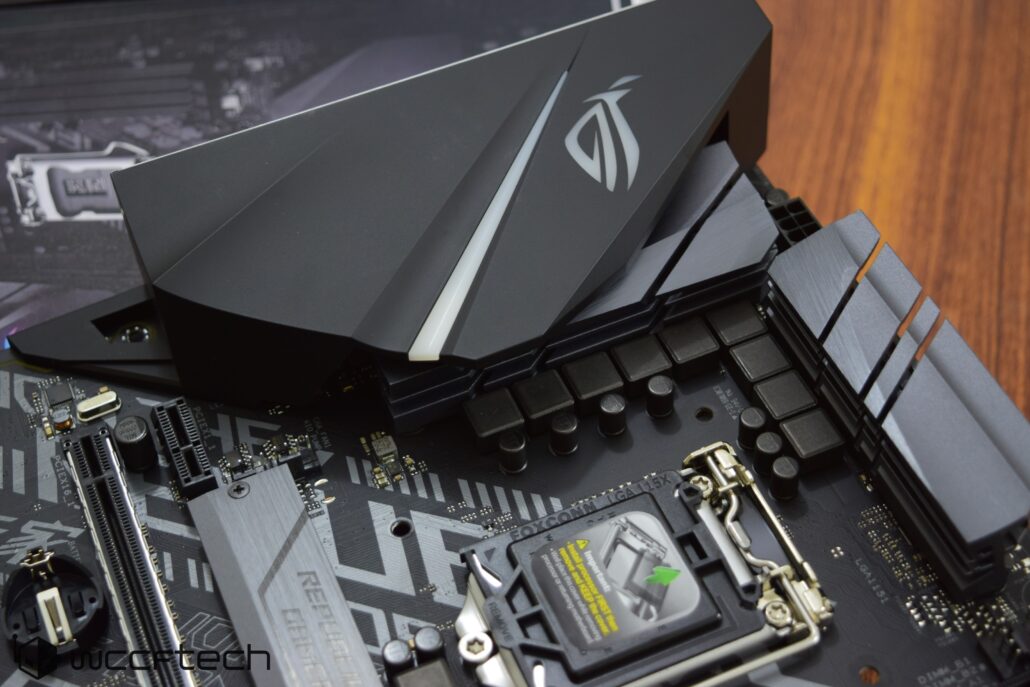 The motherboards have a large base for the PWM area and as such, heat is quickly dissipate from the heatsink by air blowing within the chassis. 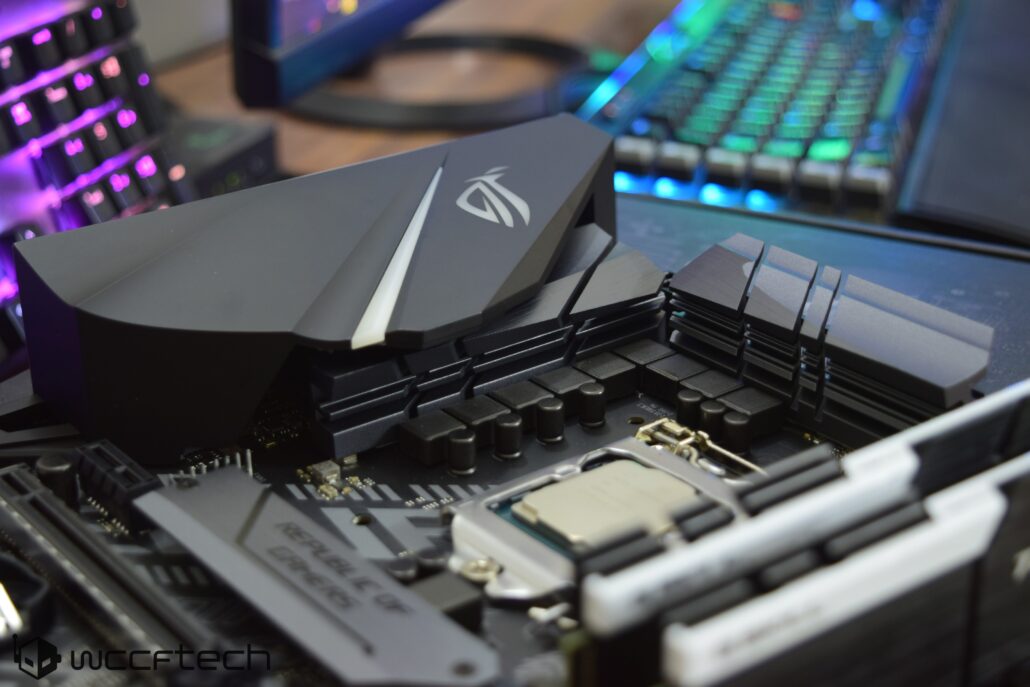 The CPU is supplied power through a single 8-pin power connector. This will feed the CPU with up to 150W of power. Most Intel CPUs will be shipping with TDPs under 100W but wattage can be affected by boost clocks. 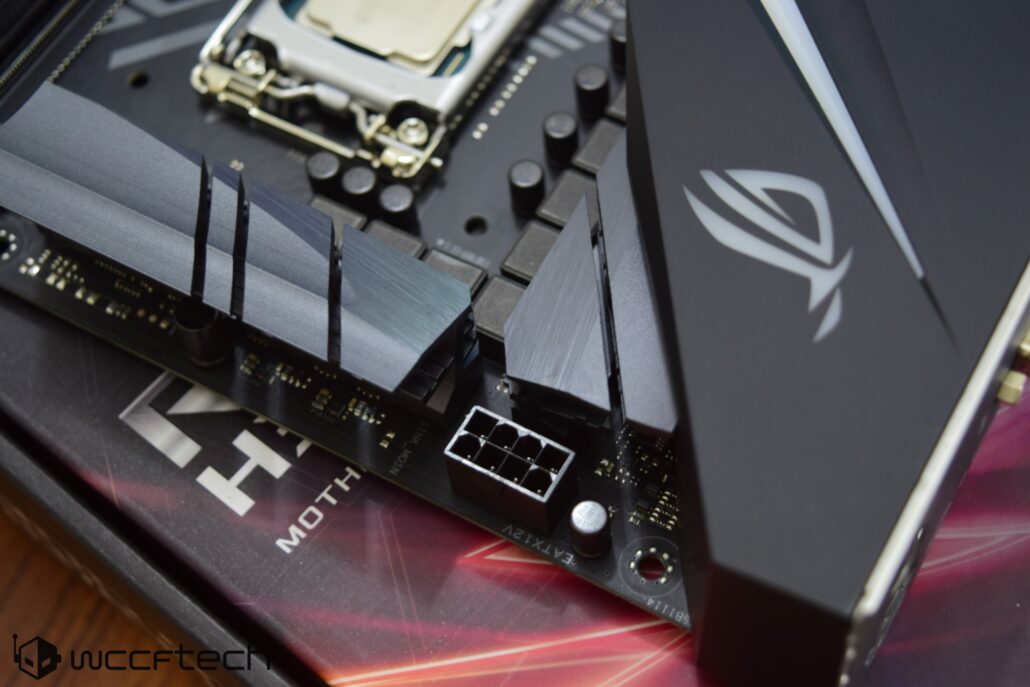 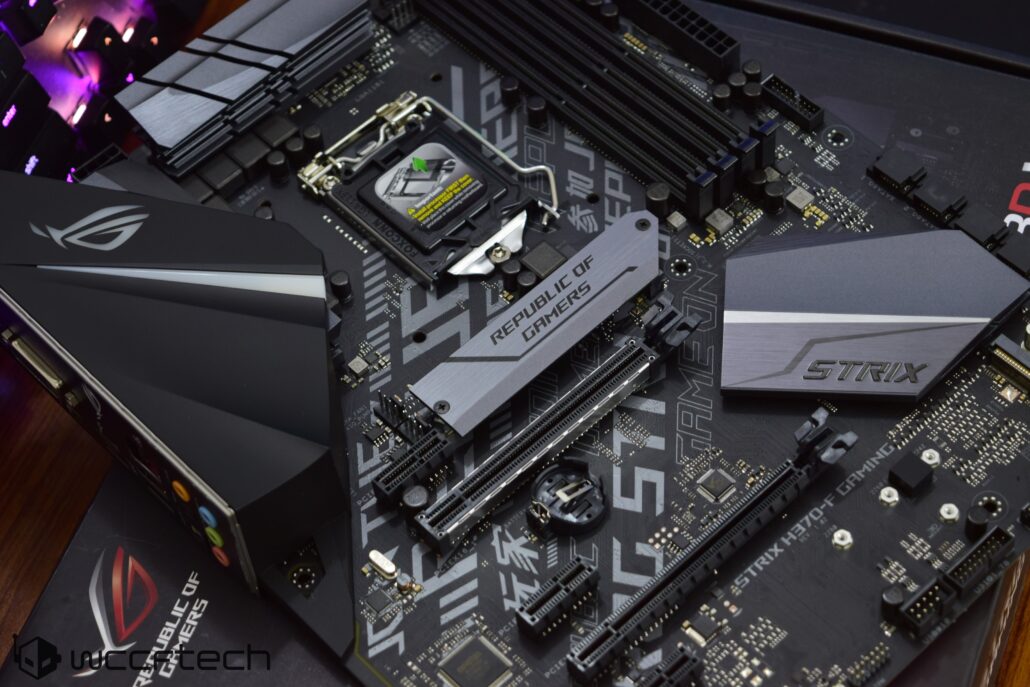 ASUS is using Safe Slot technology that adds a stainless shield on the sides of the PCI-e slots and additional anchor points that offer stronger grip with heavier graphics cards. These add  more retention and shearing resistance by reinforcing the slots with metal plates. Aside from adding more protection, they do look really sweet. 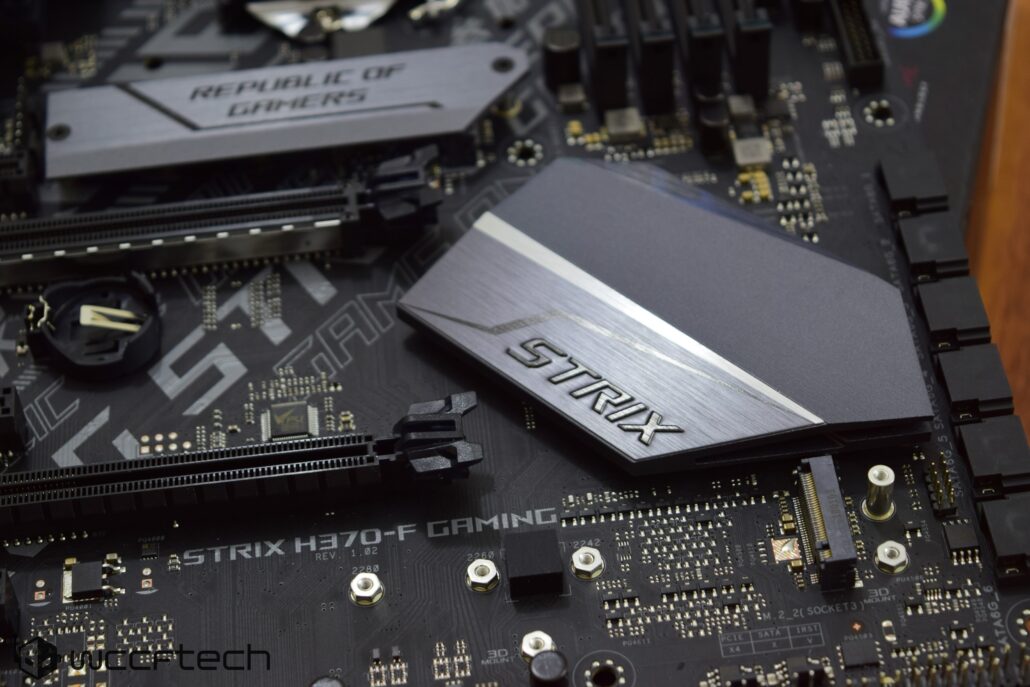 There are two M.2 slots on each board but only one of them is cooled by a ASUS M.2 heatsink. The heatsink is really well built with a Republic of Gamers label on top and a brushed silver finish. 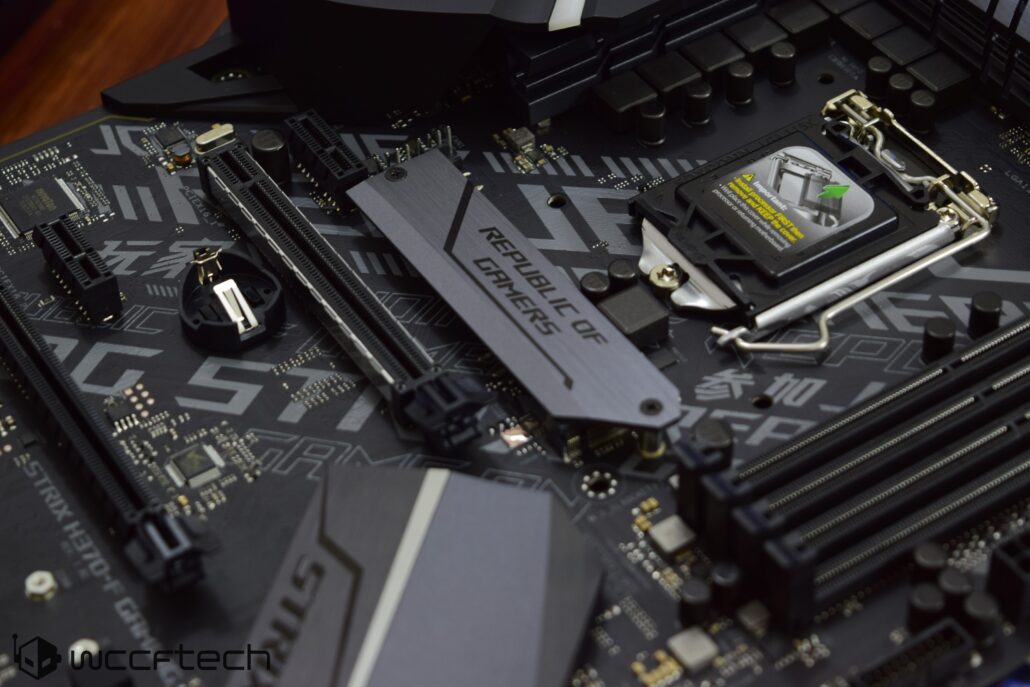 The PCH is cooled off by a large metallic heatsink which runs next to the SATA ports. The PCH heat sink has embedded RGB LEDs and provide a good light show for those that are interested in RGBs trend. You can also turn off the LEDs entirely through ASUS's bundled software if you are not a fan of such LEDs. 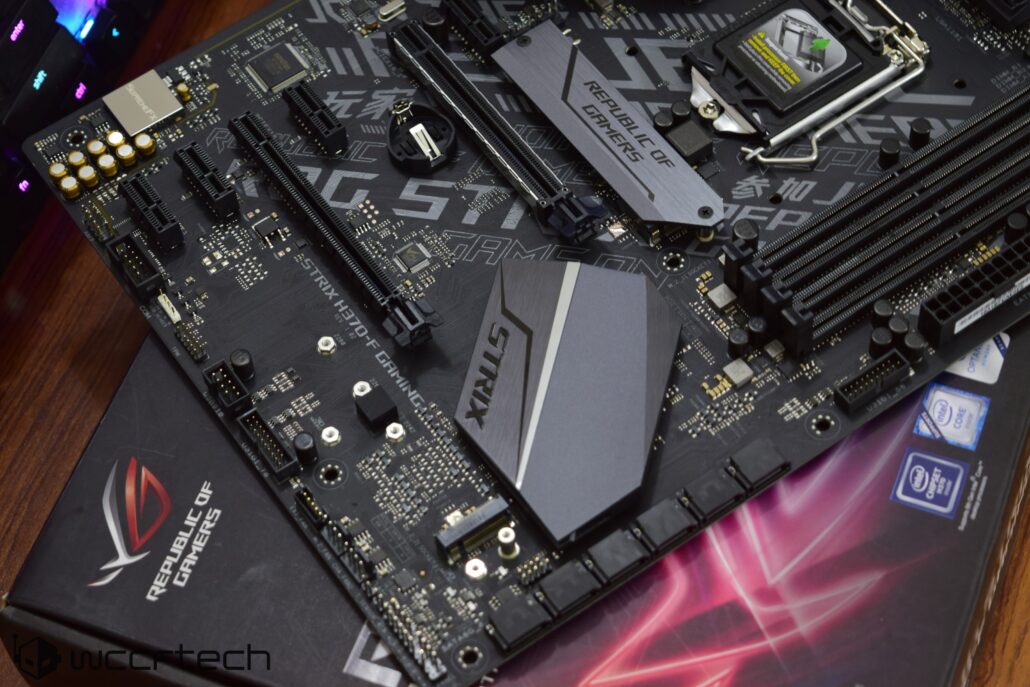 Storage options include six  SATA III ports rated to operate at 6 GB/s. These can support up to six different storage devices at once. Many fan headers and jumpers can be found next to the storage ports. 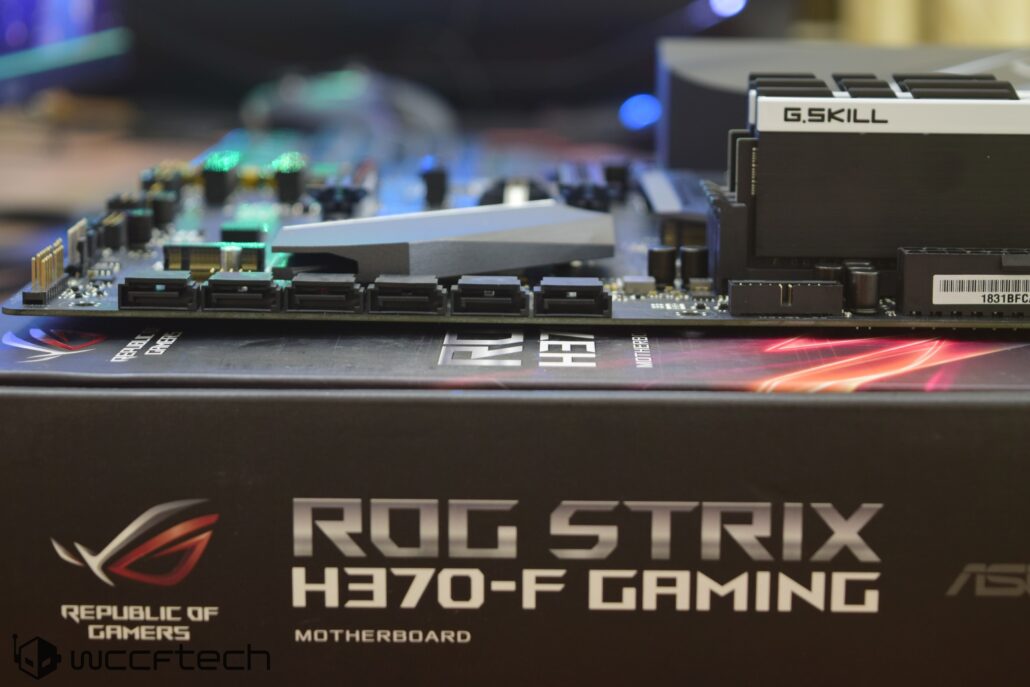 ASUS is using their SupremeFX audio system which features high-quality I/O, Supreme-FX shielding and Dual Op amplifiers. It's based on the S1220A Codec and provides a 8 channel audio support. 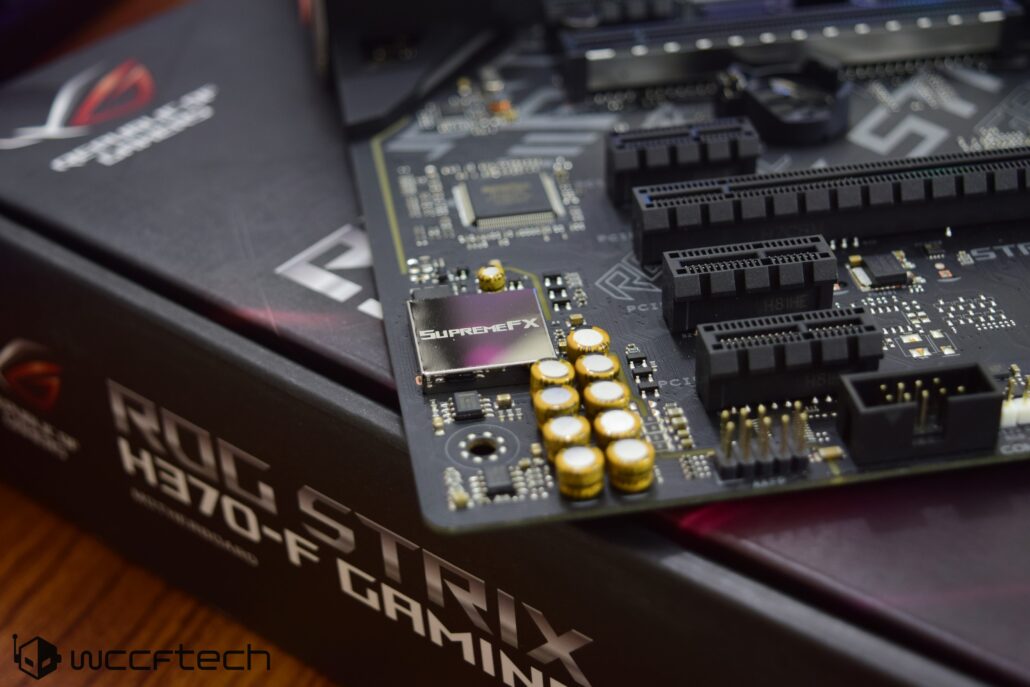 Finally, we have the I/O panel which includes 1 PS/2 (combo) port, 1 DVI-D, 1 Display Port, 1 HDMI, 1 LAN port, 1 USB 3.1 Gen 2 Type-C port, 2 USB 3.1 Gen 2 Type-A ports, 4 USB 2.0 ports, 1 Optical S/PDIF out port and a 5 channel audio jack. One thing I liked that ASUS did with the I/O port is that they pre-installed the I/O shield making installation more easier and less chances to miss out one of the most critical pieces of PC building when finishing your rig. 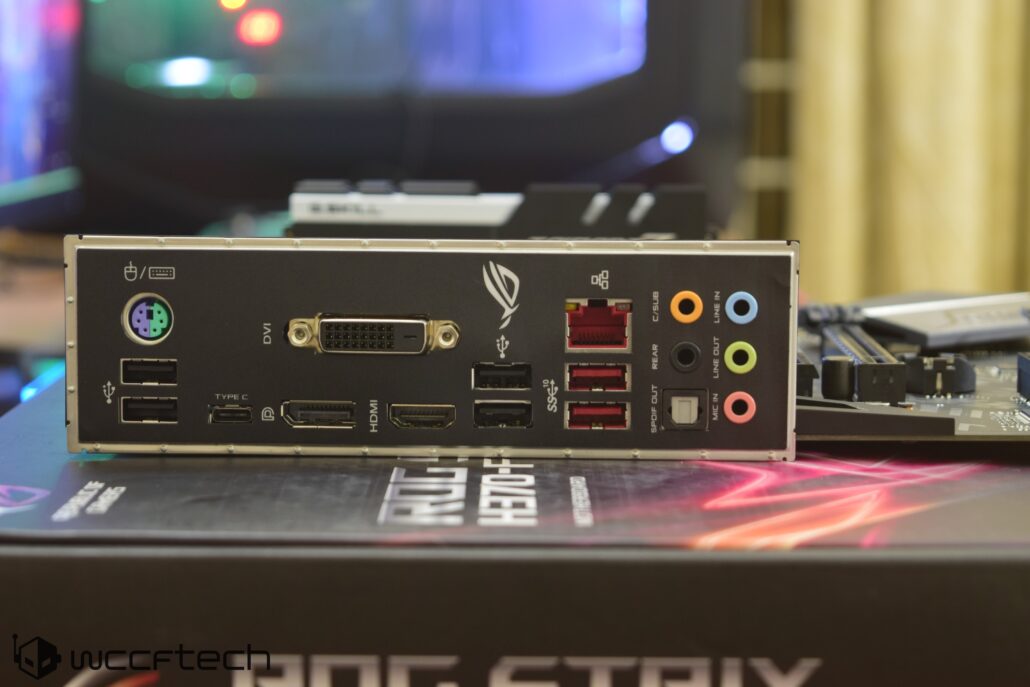 In addition to the I/O ports, the motherboard features the following I/O connectors internally: 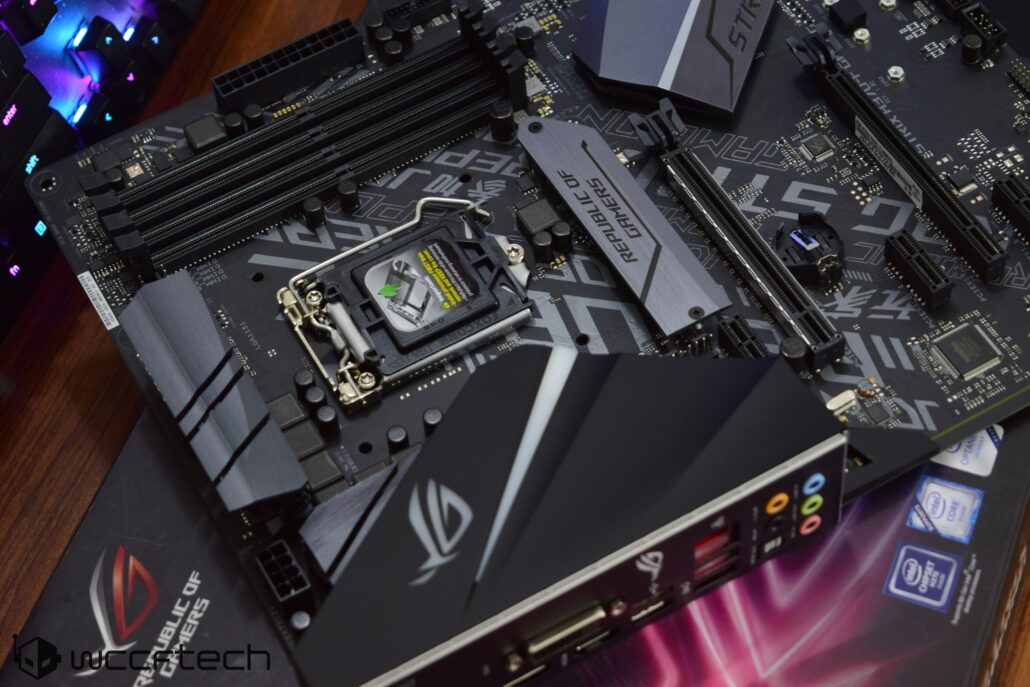 I have also added the following comparison for those who want to point out differences with both boards: 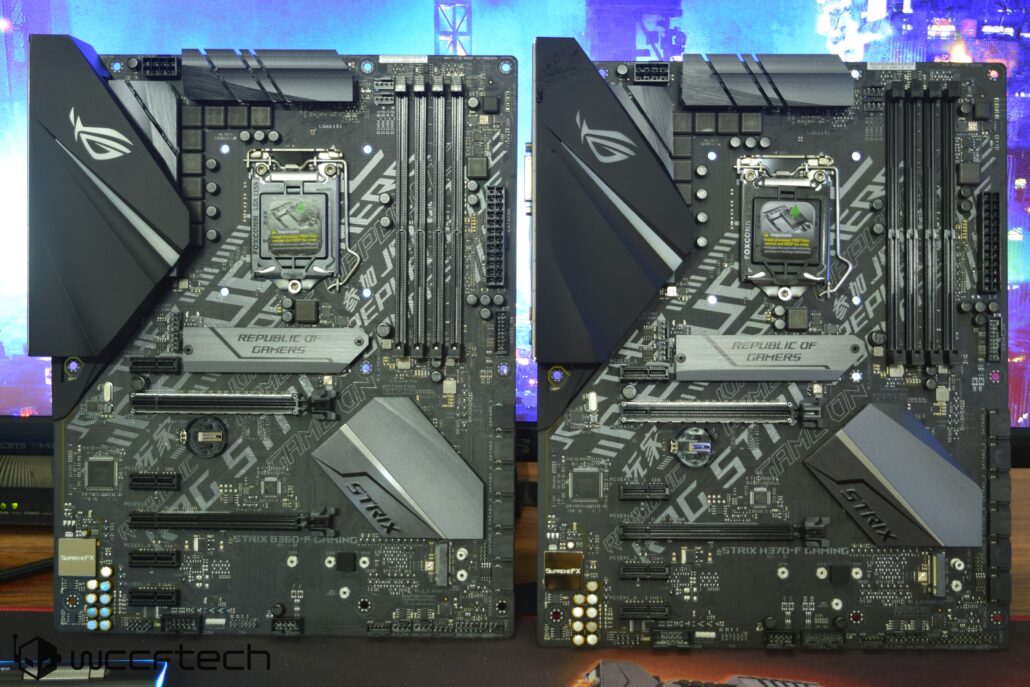