The AORUS B360 Gaming 3 WiFi comes in the standard cardboard package. The front features a black and silver color scheme with orange accents which Gigabyte is known for. The boards uses the AORUS branding which is used for all gaming oriented motherboards. 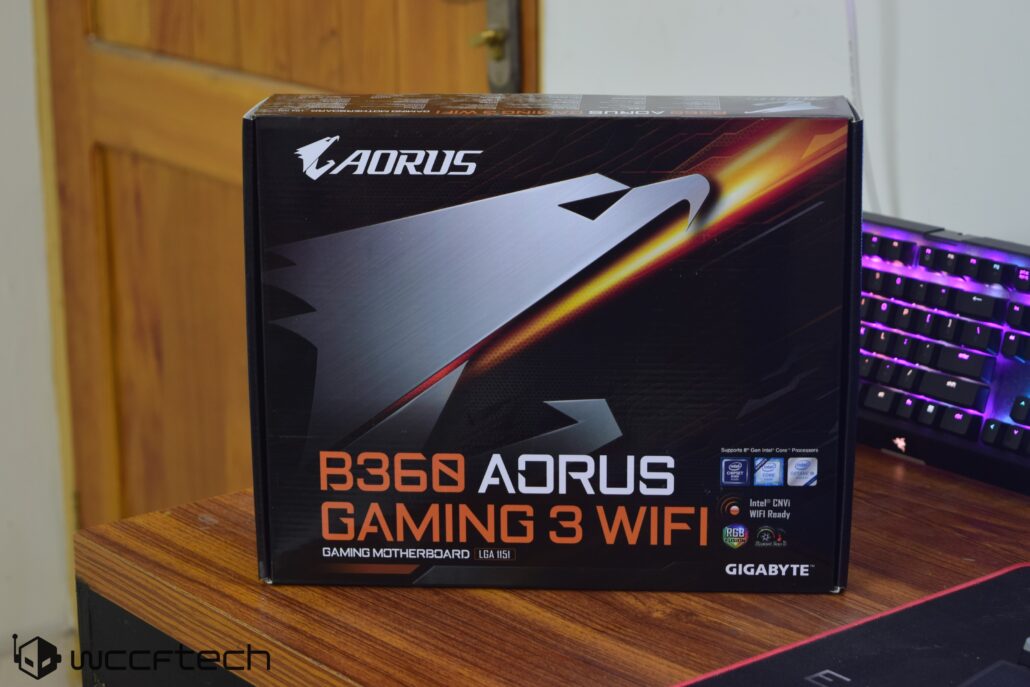 The back side of the package lists down the specifications and special features of the motherboard such as RGB Fusion, Intel CNVi 2x2 802.11ac wireless functionality, M.2 Thermal Guard, Smart Fan 5, Intel GbE LAN and a range of other features, including a table that shows all the specifications. 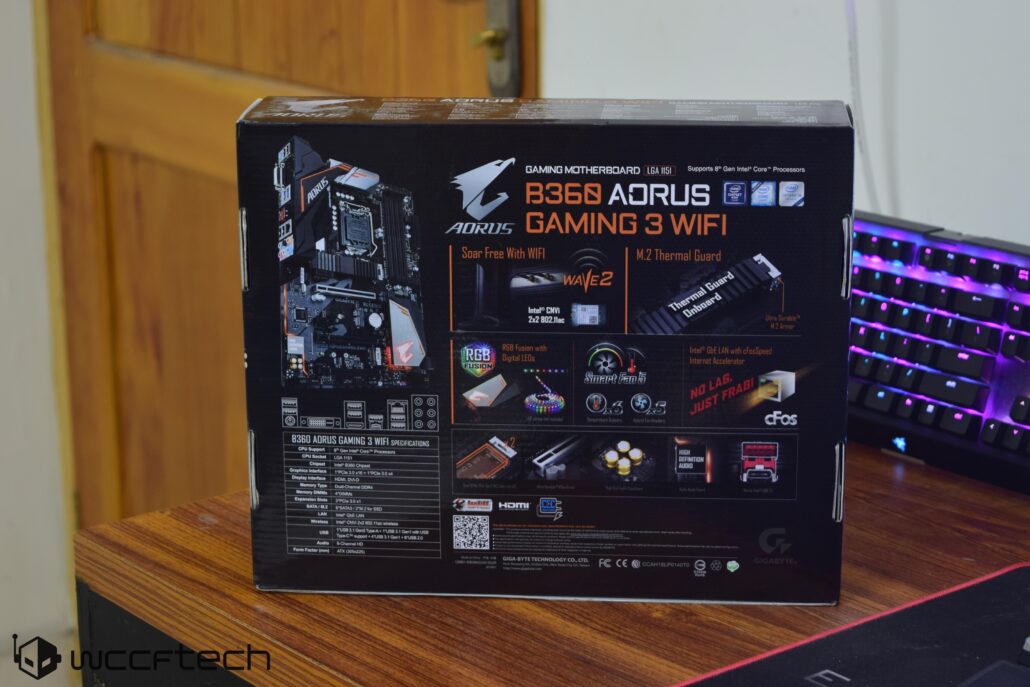 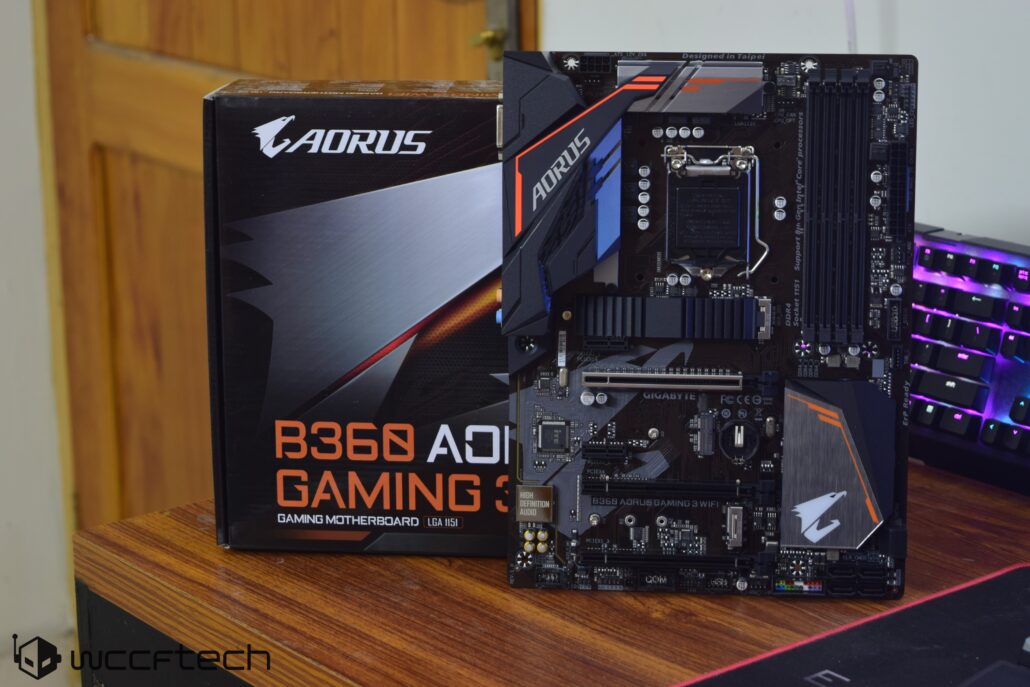 The motherboard is placed right on top of the accessories which are always easy to access. AORUS uses an anti-static bag to protect the motherboard from unwanted electrical discharges. 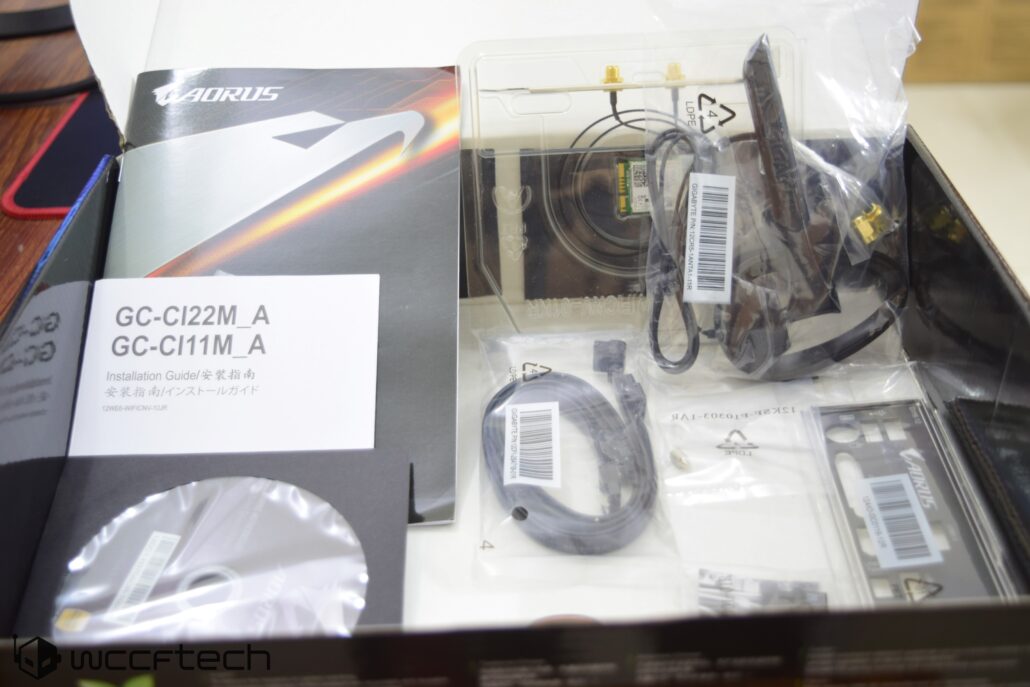 There are several accessories included in the package which include a motherboard Manual, User Info Guide, a Driver Disk, a pair of SATA cables, two sets of M.2 offset screws, an I/O bracket, a Wi-Fi antenna and a Intel CNVi WiFI module that can be attached to the motherboard itself. 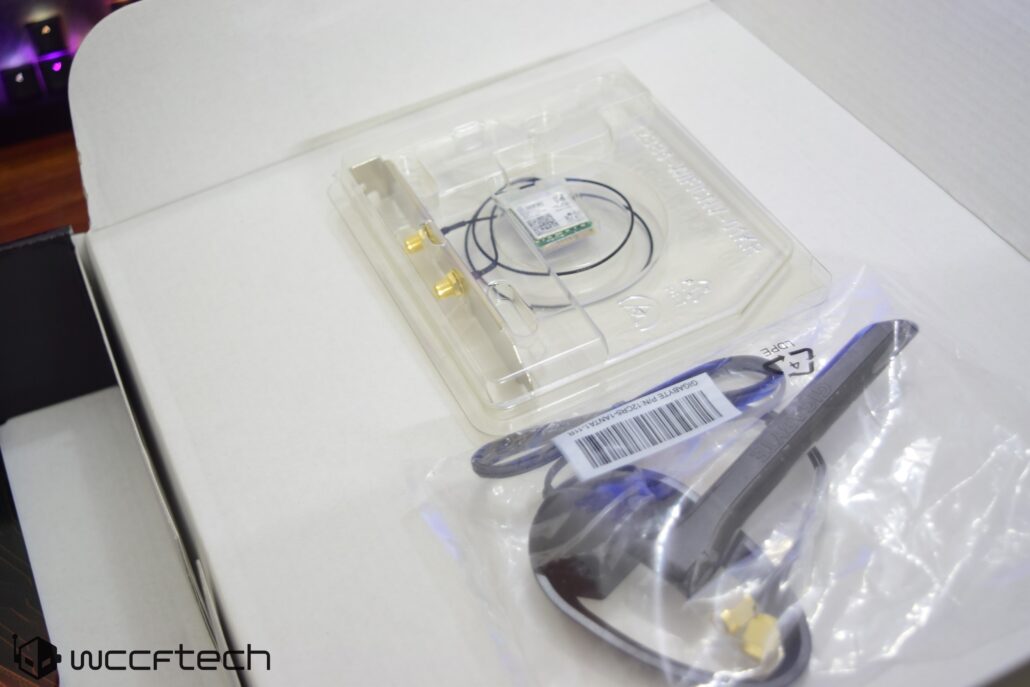 The motherboard itself has stickers on the PCH and I/O heatsink to prevent from dust build up. Always nice to take the stickers off of a fresh product. 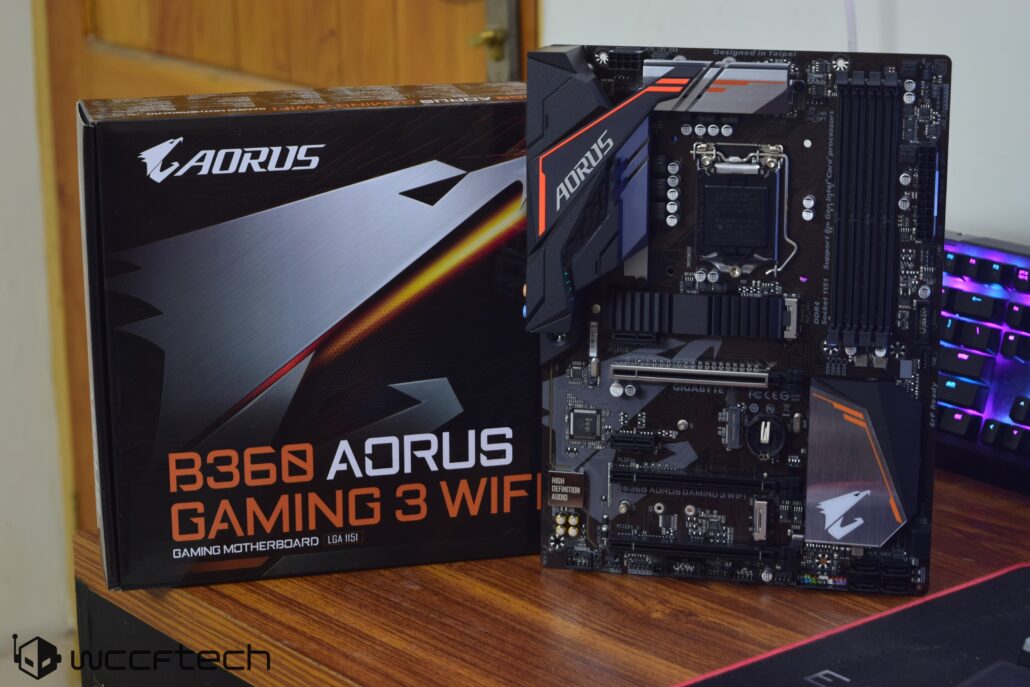 The back of the motherboard is a simple layout where we can see electrical and PCB markings for each different component include DDR4 memory slots, CPU socket, PCI-e expansion slots, rear IO and front panel headers. 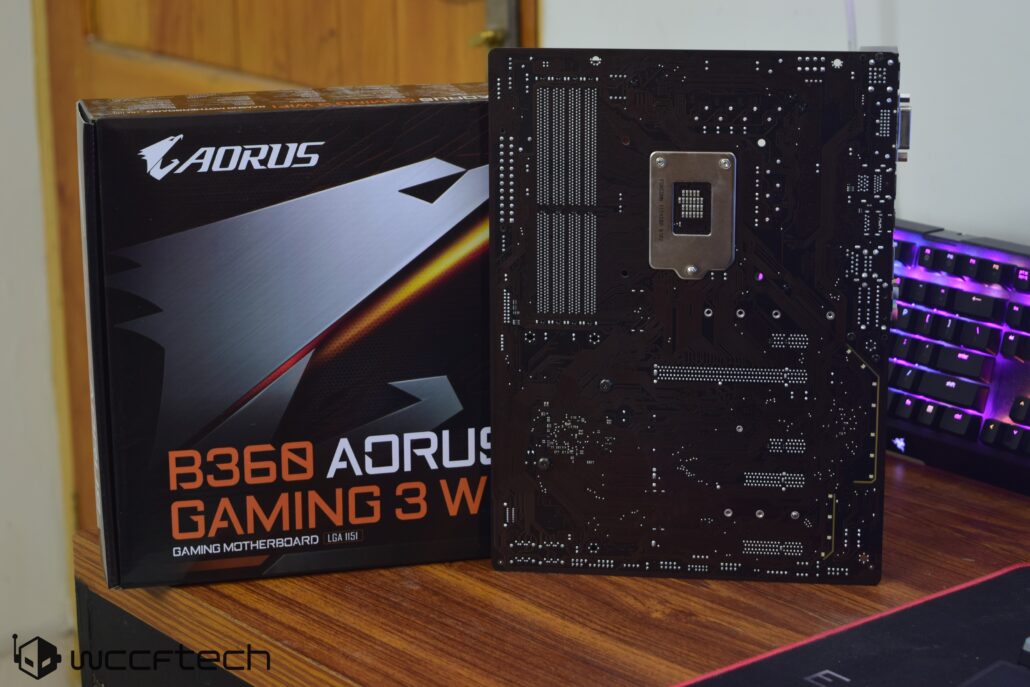 Outside of the box, the AORUS B360 Gaming 3 WiFi features an updated design scheme which we haven't seen before on AORUS Z370 motherboards. The new design scheme looks more of a solid design while the Z370 was more of an aesthetically pleasing theme. 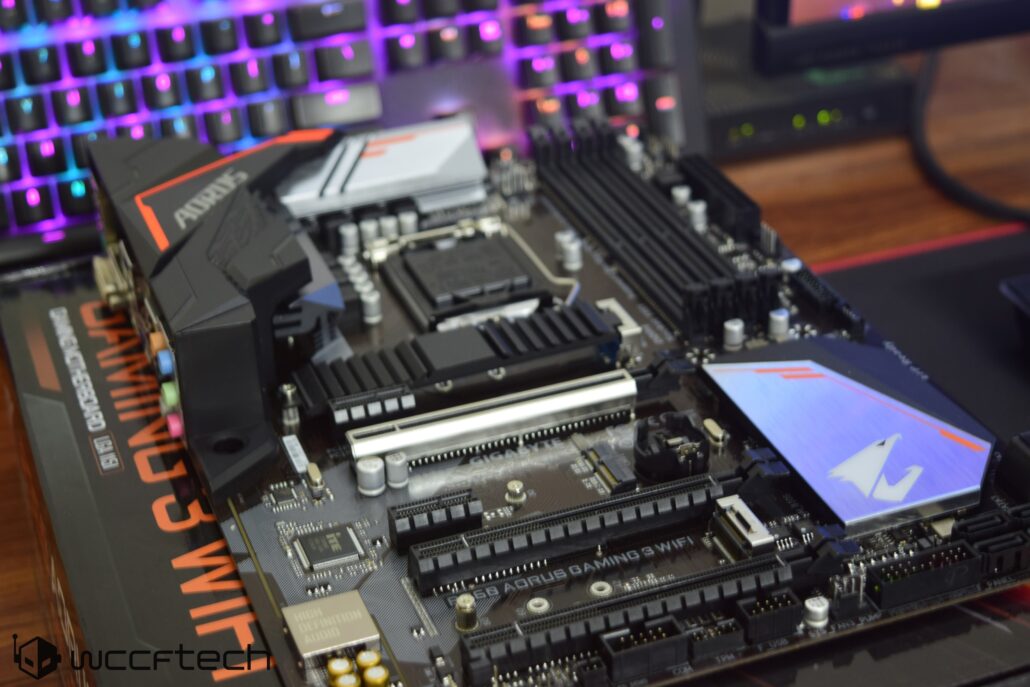