First of all, what is Coffee Lake? In simple terms, Coffee Lake is an improved Kaby Lake that has been made possible with the latest 14nm++ process node. Intel briefed in their webinar that Coffee Lake is on the same architectural level as Kaby Lake with no changes at all. Aside from that, the new 14nm process allows for improved power efficiency and higher clock speeds. There's a reason that Intel is bumping up the core count across their entire range of processors. The Intel Core i7 and Core i5 lineup gets 6 cores (HT/Non-HT) while the Core i3 lineup gets 4 cores.

The Intel Core i7 and Core i5 processors with 6 cores feature the same TDPs as their predecessors so bumping up the core count hasn't changed the TDP numbers. Actual power consumption may vary during testing real world applications but for that, you'd have to wait for our review in the coming weeks. You will also note that Intel has given a fairly good bump to both CPU and integrated GPU clock speeds which is only possible with the new and improved 14nm++ process.

Now one thing you might have noticed in other articles is that they state the Intel Coffee Lake platform will feature 40 PCIe Lanes. That's true but not entirely an accurate representation. As you see, Intel does has 40 PCIe 3.0 lanes on their upcoming family but those are a combination of CPU and PCH lanes. All Coffee Lake CPUs feature 16 PCIe Gen 3.0 lanes while the 300 series PCH offers up to 24 PCIe 3.0 lanes. These make up the 40 PCIe 3.0 lanes that Intel claims of. 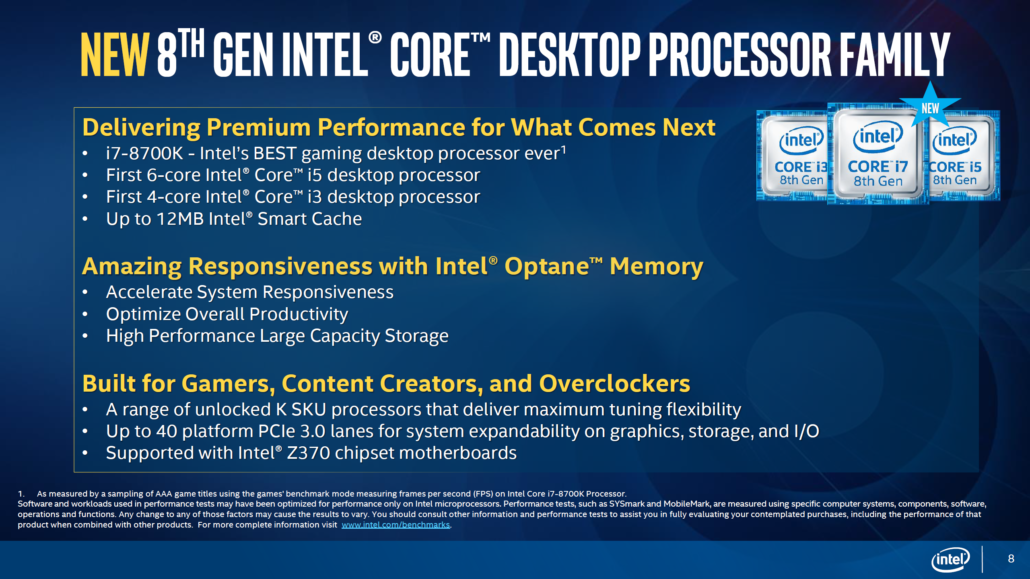 At launch, Intel will introduce 6 new Coffee Lake CPUs to consumers. These include the flagship Core i7-8700K, Core i7-8700, Core i5-8600K, Core i5-8400, Core i3-8350K and Core i3-8100. Intel includes three "K" unlocked CPUs in the lineup while the rest are locked CPUs that don't feature overclocking but great for budget users in their own place. 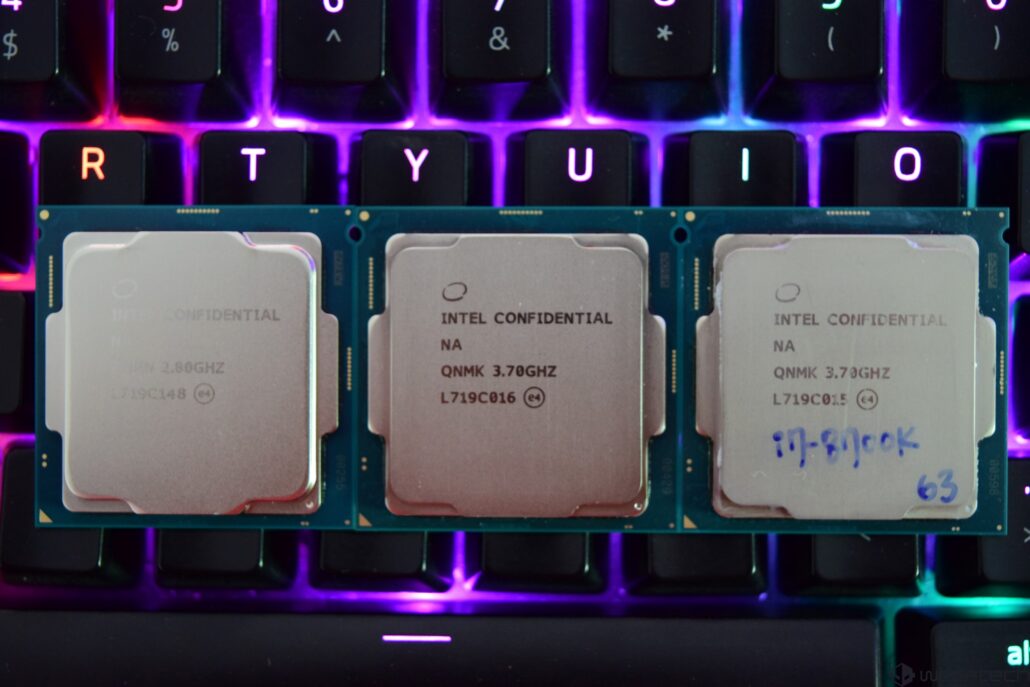 The one other chip that is worth mentioning is the Intel Core i5-8400. This is a 6 core processor with no hyper threading and no overclocking enabled so what makes it so special? The pricing. The Intel Core i5-8400 has been priced at a remarkable $182 US range which is under the $200 US pricing range. This makes it a very competitive chip for the gaming desktop market as you can have a modern 6 core gaming processor for a fantastic price. We are very interested to test the chip out ourselves. 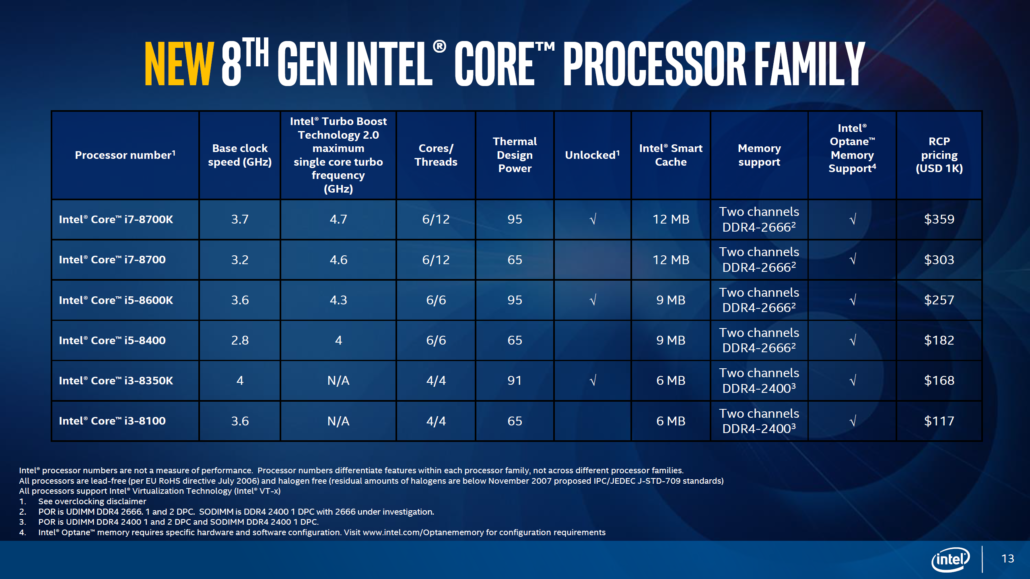 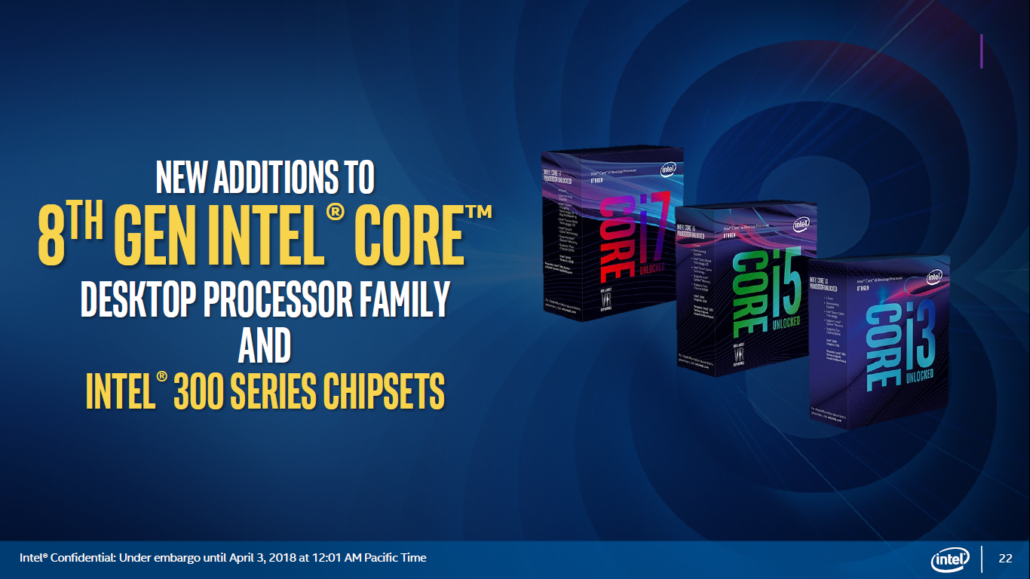 All Pentium Gold offerings will be dual core and quad threaded chips which was something previously kept exclusive to the Core i3 lineup. 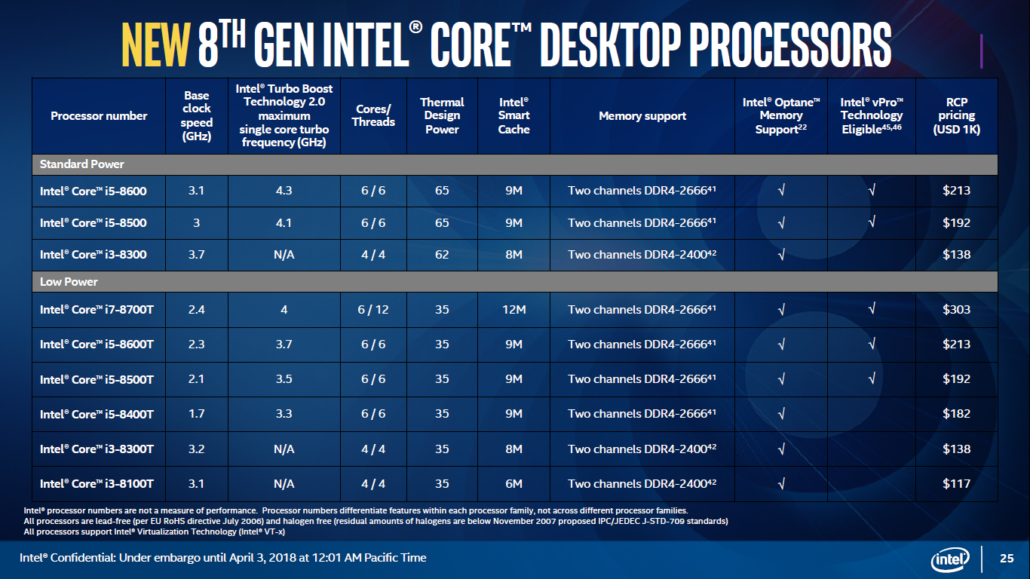 The lineup also includes six Coffee Lake Low Power desktop processors which feature a rated TDP of 35W and range from Core i7, Core i5 to the Core i3 SKUs. You can check out the specifications in the following table: