We got the chance to test HyperX’s updated controller charging station – the enhanced ChargePlay Duo for PlayStation 5.

Design-wise, HyperX’s charging cradle comes in white with black accents – matching the dual-tone design of Sony’s console. On one side of the station, there’s HyperX’s branding. Some rubber pads have been placed on the bottom of the cradle for proper placement.

The charging base feels sturdy with just the right weight to keep it steady on a surface. Placing DualSense controllers is fairly straightforward. Although somewhat bulkier and visually less appealing than Sony’s own DualSense charging cradle, HyperX’s offering connects through a USB-C to USB-A cable without needing an AC adapter. Personally, this makes the ChargePlay Duo more versatile regarding placement.

Charging a fully flat DualSense battery is on par with Sony’s own cradle or USB-C cable, and it takes roughly three hours to fully charge a controller. Like most of HyperX’s offerings, the new ChargePlay Duo for DualSense is a non-nonsense product, and it fulfills its job perfectly. Design-wise, Sony’s own charger has the edge, but HyperX’s offering can be considered more versatile.

Like Sony’s official charging station, the HyperX ChargePlay Duo for DualSense sells for $29.99, although it often can be found for less than that. 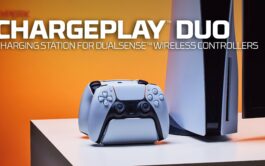 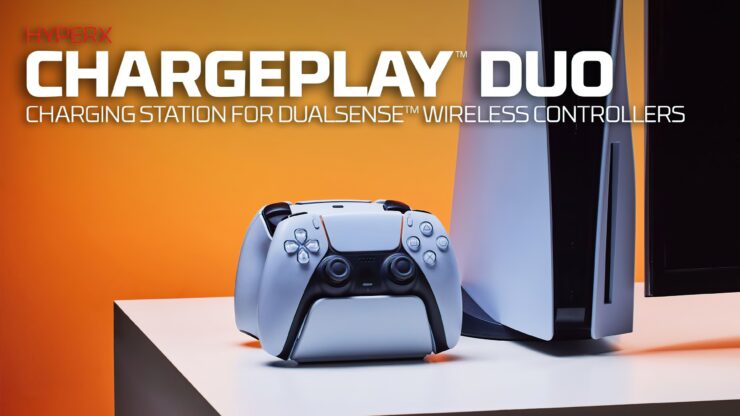 The HyperX ChargePlay Duo for DualSense controllers is a viable alternative to Sony's official PS5 DualSense charging cradle, and although visually less appealing, it can be considered more flexible.