In the past year and two months, I have reviewed two headsets by HyperX. The first was the Cloud Revolver, reviewed in November 2018. The Cloud revolver got 8/10 from me, with strong praise for its build quality, comfortability and general value for money amongst other things. The second headset I reviewed in September 2019 which was the Cloud Stinger Wireless, which I gave 8.5/10 based on comfort, design and affordability amongst other matters. Reviewing the HyperX Cloud Alpha S, I came into this expecting more of the same: quality, comfort and price.

The simple question then is how has HyperX fared in meeting the standards they've set before and of course have they met other standards of audio quality, as well as including other features that are expected with a headset, particularly one that will be used for gaming? Let's find out.

One thing I've nearly always had to praise HyperX for is the design and build of their headsets. Despite the lower cost of their headsets compared to 'premium' brands like Sennheiser, they've nearly always been both durable and comfortable. Every now and then there are slight issues, though none that have ever been deal breakers. The HyperX Cloud Alpha S, being the new and improved version of the Cloud Alpha, certainly has some strong upsides though isn't without some slight issues.

In terms of build and looks, this looks and feels almost identical to its predecessor. There's been a change in colour design from red to blue on the metal band that connects the cups. The cups and bands are covered in the usual leatherette that former HyperX headsets have used, though with one interesting addition - a spare set of ear cup cushions with a cloth cover, far more suitable for those of you who may find leatherette cushions uncomfortable over long sessions due to heat & sweat.

As for comfort, both the headband and ear cups both have a reasonably thick memory foam filling. Adjustment of the ear cups is, as always, simple. A nice feature, however, is the fact that there are grooves on the inside of the band, letting me and other somewhat obsessive people make sure that both sides have been adjusted to the same length. On the cups, there's a pretty redundant feature in the bass sliders, something that I can't honestly say has a perceptibly large impact on whatever you're listening to. It adds a little oomph, but not that much.

What the HyperX Cloud Alpha S does have is the USB-powered virtual 7.1 surround sound card. This comes with an inbuilt controller, enabling you to increase and decrease volume with two other buttons being designed to rapidly adjust the balance between game volume and that of chat applications like Discord or Teamspeak. On the side, there is the ability to mute the detachable microphone. Finally, there's the button in the middle to turn or, or off, the virtual 7.1 surround sound. How much mileage you'll get out of this is certainly down to what you're using it for.

All of this is hardware-based, with HyperX having not expanded it's (rather shoddy at the moment) NGenuity software to their headset range. Granted, this is simply because the software is simply designed to control the LED's on other hardware, such as mice and keyboards. The lack of software is a limiting factor, particularly when it comes to the features (bass slider & 7.1 surround sound) that are included in the headset. There's no real middle-ground, no fine-tuning, which is a shame.

Why is it a shame? Well, the audio quality of the HyperX Cloud Alpha S is as good as you could have hoped for. The headset has the quality to really tackle whatever you throw at it, improved by the dual-chamber design where one tackles the bass where the other deals with mids and highs, helping to tackle any issues of clarity or distortion. It all makes for a generally good sounding and good quality headset. So where's the shame again?

So, the bass slider has such a negligible impact. On occasions, you may be able to notice something. However, when trying out my go-to methods (playing Hysteria by Muse) I can't honestly say I noticed a difference in my personal test of "does this sound better if I do this?". With the 7.1 virtual surround sound, it certainly accentuates smaller elements. I can better hear the footsteps of people as I sneak around in Kingdom Come: Deliverance or the cries of further-away soldiers in Total War: Three Kingdoms.

At the same time, some elements closer start to sound a little too loud and lost whatever it was that distinguished them from each other. Almost everything reverberates. Sure, you can hear more, but the distinguishing features are almost always lost and you can give up any semblance of hope in hearing any directional details. The regular none 7.1 virtual surround sound settings are considerably better, it's a night and day scenario. The problem is that if 7.1 Surround Sound is the thing that would sell you on this headset, it's best to look elsewhere.

On other audio quality, the microphone, you'll find that the lack of software does slightly inhibit your options with the headset, but it's not exactly necessary. The microphone, detachable and flexible, sounds great out of the box. It amplifies the voice well and keeps out a decent amount of background noise. Simply put, I've yet to find a scenario where the voice isn't easily heard by those listening on the other side, that or when you're singing Barbie Girl to your PC's voice recorder app in preparation for the next Britain's Got Talent.

So what is the real question when it comes to the HyperX Cloud Alpha S? That's simple: Is it worth the cost? The answer to that is both a yes and a no. If your choice is between buying the HyperX Cloud Alpha S or not having a headset at all, then yes, this is worth it. However, rather than spend £120/$130 on this, you could simply buy the original Cloud Alpha for £90/$100. The design is almost identical, this is somewhat more comfortable, but the extra £30/$30 is too steep of a price for extra comfort, an ineffectual-at-best bass slider and an actively sound-damaging virtual 7.1 surround sound.

Provided by HyperX for review purposes. 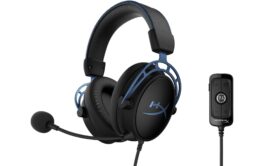 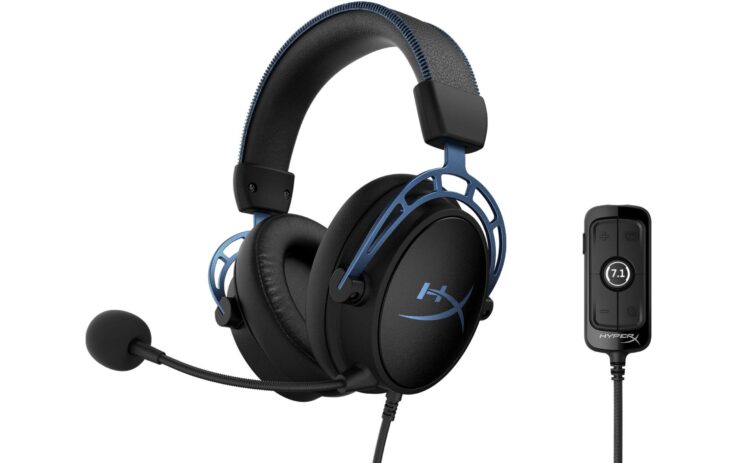 The Cloud Alpha S is, as with all HyperX headsets, a very well made, great sounding and - in this case - a somewhat reasonable price. Priced £30/$30 higher than the Cloud Alpha, this price is as a result of extra features which include a bass slide and also USB-powered virtual 7.1 surround sound. However, neither of these new features stand out, one being ineffectual at best with the other causing the headset to sound worse than the already excellent quality. What should be remembered is that the headset has fantastic sound quality and it's extremely durable and comfortable, meaning that despite the issues it's still a great headset - you'd be better served buying the Cloud Alpha at £30/$30 less.