Just over a year after releasing the original fifteen button Stream Deck, Elgato has decided to shrink the device down to a miniature six button dock. A lot of people seem to be disappointed by this announcement as they wanted more buttons, not less. In the year since the release of the first Stream Deck, many improvements have been made to the software (like the Multi Actions tool) that encourage users to do more with a single button press. With the ability to do more with less, we’ll see whether or not the cheaper Stream Deck Mini (£90/$100) is worth picking up over its pricier, older sibling.

Aside from the obvious change being the lack of eleven additional buttons, Elgato has improved the design of the Stream Deck Mini by making the device one whole piece. The Stream Deck Mini has a rubber pad at the bottom to stop it from sliding around when moved accidentally. This does mean that users are unable to tilt the Stream Deck like they were able to with the original device, but I’d much rather accept this compromise for an overall sturdier Stream Deck. The buttons themselves appear to be exactly the same as the original Stream Deck, which is to say that they’re of a decent quality, yet they can get stuck if you happen to press the button slightly too hard.

As I mentioned earlier, the Stream Deck software has improved massively since its release last year. The biggest addition to the software has to be Multi Actions which allows you to perform several actions in a single button press. I’ve set up a button to prepare my entire stream: open three programs (OBS, Stream Labels and Streamlabs Chatbot), go live and tweet that I’m currently streaming. That’s basically nothing compared to the way it can be used. The possibilities are endless with Multi Actions, and when you only have six buttons to play with you really need to get creative when setting up your Stream Deck Mini.

Fortunately, Smart Profiles were added to the Stream Deck software to help stop users from wading through numerous folders. Smart Profiles automatically change your profile depending on what program you have open, giving you access to a new set of actions. This feature helps to show off the Stream Deck’s abilities outside of streaming, making it extremely useful when editing videos and photos (providing you put in the time to set up the actions).

The software of the Stream Deck has improved so much that I’d say this device is no longer comparable to a keypad with pre-assigned shortcuts. With Multi Actions, the Stream Deck elevates itself to a must-have device for full-time streamers purely down to the fact that it saves so much time. To get full use out of the device you must invest some time into setting up some of the actions, but it’s worth it in the long run.

There are some bugs with the software, though they seem minor in the grand scheme of things. The thing that annoyed me most was transferring my old Stream Deck profile to the Mini. I couldn’t find a way to use the actions I’d already created unless they happened to be on the six buttons I wanted to use. Take the original Stream Deck with its fifteen buttons. Unless the actions I wanted were on the first six buttons, the remaining nine actions would not be available to choose from. This seems like a massive oversight to me, though how likely is it that someone with an original Stream Deck will want to swap over to a Stream Deck Mini?

Review unit provided by Elgato. You can purchase the device via Amazon. 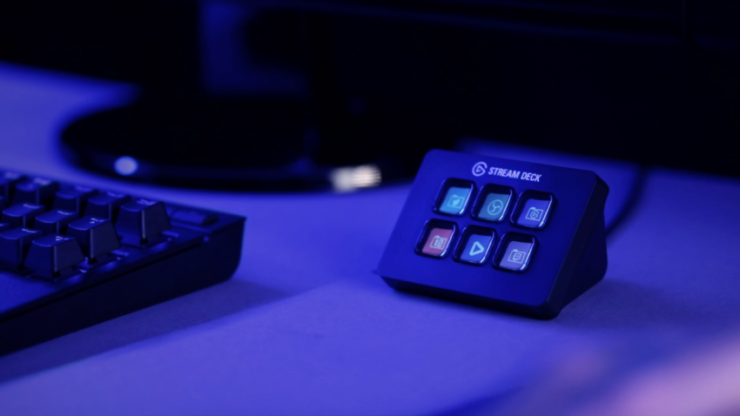 For those of you that own a Stream Deck, there’s almost no reason to buy a Stream Deck Mini as you already own the superior product. The Stream Deck Mini features the exact same functionality in a smaller body, but with fewer buttons, navigating through multiple folders mid-stream can feel inconvenient in comparison. One of the main reasons for buying a Stream Deck is for the convenience of performing multiple functions at the touch of a neatly labelled button so limiting yourself to just six buttons seems counterproductive, particularly when the price difference is relatively small in the scheme of things. If you did not purchase the original Stream Deck and are considering shelling out for one, I would still recommend the first model over the Mini. While the build quality of the Mini is noticeably better, it simply doesn’t offer any other advantages, apart from a slightly lower price tag.