When Turing launched there were a lot of unknowns regarding future support. Two years later, we have a much better view of the market. With the upcoming gaming landscape, we can see the benefits of what Turing brought to the market finally coming to fruition. But, now those unknowns are a thing and they're growing. The Ampere powered NVIDIA GeForce RTX 3080 simply brings it in a big way and completely obliterates everything on the market when it comes to performance. The COLORFUL iGame GeForce RTX 3080 Advanced almost befell a fairly critical review with the original revision of the card, but COLORFUL took steps immediately, and before release to work on fixing the issue and they replaced our card promptly. We would have had this card review out sooner but there was a delay due to a holiday in China, so we had to wait for that to finish before the new card was sent out.

The design of the Advanced edition delivers. I mean, it should after all it's the size of a Toyota Corolla. But that doesn't always translate to better thermals and acoustics. The sound signature of the cooler is audible but a nice whoosh and not a whir. The thermals stay in check with the default fan curve and it even keeps things just at the 70C mark when you crank it to 11. Take things down the other way with an undervolt and you'll barely crest 60C. I even threw it in a case and ran the peak frequency at 1710MHz like the reported boost and found the card sitting about 55C under long term play sessions at 3440x1440.

Speaking of performance, it's there. The extra boost clock and the lower thermals allow this model to stay consistent over the performance marks set by the Founders Edition and with the changes made to the power delivery it's able to reach higher than before clocks without taking a dump on you. iGame GeForce RTX 3080 Advanced may be a monster to weild, but it delivers.

I can't go over performance without mentioning DXR and the likes of Ray Tracing performance. It's there, people argued that the RTX 20 Series just wasn't quite there, but the RTX 30 Series is it. We're seeing a great performance in all games that run the RT features and even better when they're paired with DLSS. Early implementations of DLSS may have been mired with image quality issues but the later DLSS 2.0 has been spectacular. The latest update to DXR1.1 with Minecraft with RTX has shown that this is continuing to get better and if you look at upcoming games, the net is getting wider. This time you get massive uplift no matter what kind of games you're playing.

The elephant in the room with the RTX 3080 has likely been its power requirements in regards to PSU needs and concerns. You're going to have to feed this beast, it goes all out and doesn't make any apologies about it while doing so. The performance comes along with it so you're not just cranking the power without the payoff. In our testing under default configuration for the iGame GeForce RTX 3080 Advanced, we found our total system power under 500w, far off from the 'you need 1kW PSUs' meme we've seen lately. Power draw high? Yes, Performance High? Also Yes. Now overclocking it yields greater than 500w of total system power, but if you undervolt it you'll be blown away by the power savings without performance sacrifice. 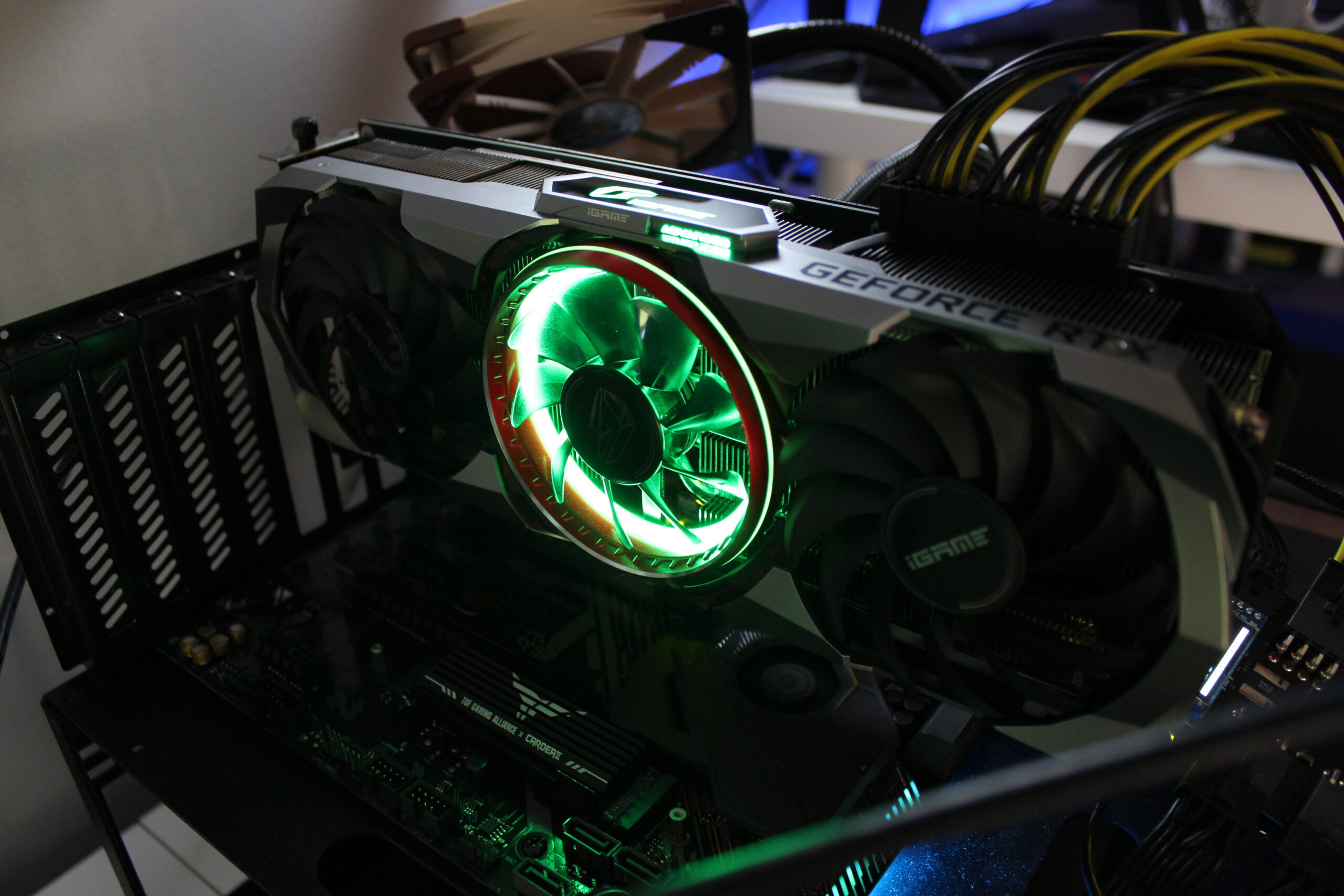 The COLORFUL iGame GeForce RTX 3080 Advanced is big, bold, and beautiful. And with the changes they made it's a solid offering in the RTX 3080 world. Speaking of the world, if you thought getting your hands on a GeForce RTX 3080 has been frustratingly difficult then you might get even more impacted by this one as it'll only be available in select markets, but if you have access to it at a comparable price point, I have no issues recommending it for those who want a wild and unique RTX 3080.