COLORFUL's presentation with the iGAME GeForce RTX 3080 Advanced is quite nice. The box features a nice reflective finish to accentuate the ray tracing nature of these cards. The front of the box shows the card's cooler in action with the center fan lit up. The back of the box showcases the cards feature set including that RGB fan, the Turbo button, and the iGame Center software.

The internal package was quite surprising with a soft foam sheet housing the installation manual and quick start guide. Take that out and you're greeted by the card itself that is nestled tight in the soft cell foam casing and a few extra goodies; a pair of gloves and a screwdriver set to allow for clean and easy upgrades.

The COLORFUL iGAME GeForce RTX 3080 Advanced comes with triple 8-pin connectors that are inverted making for easy install and removal of the PCI-e cables. All three are required for the card to function, I always test that because there have been cards in the past I've worked with that will work just fine with less than the 3 pins in use. 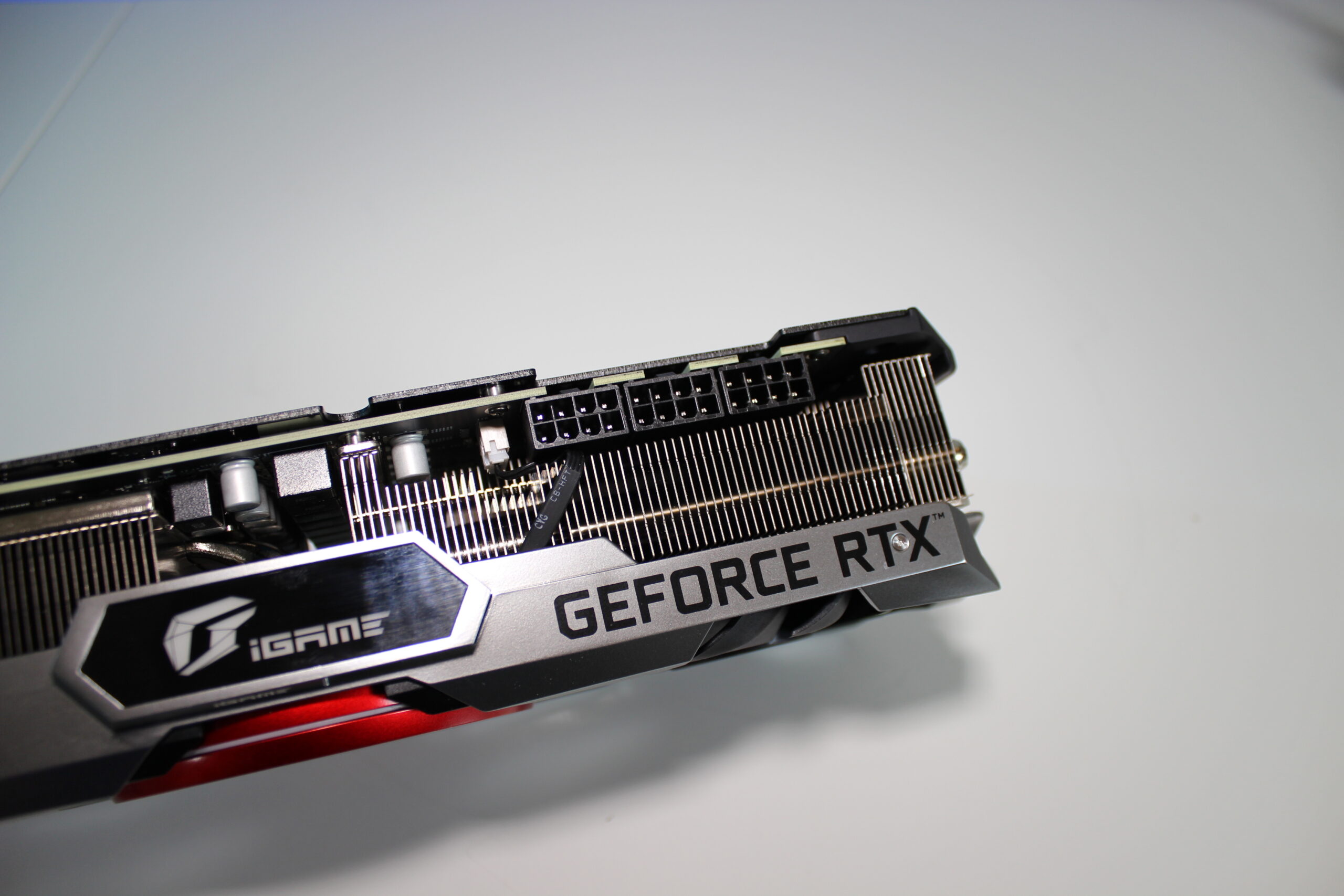 The massive cooler was very easy to remove with just a handful of screws holding it on the card. This means maintenance down the road, like replacing the thermal paste, is easy and painless. Although if you have to replace the thermal pads they're quite thick, more so than I'm used to seeing.

It's important to know that this is actually the second card that COLORFUL sent out, the original card featured a Boost Clock of 1845Mhz but was boosting wildly aggressive and was also outfitted with 6 SP-Caps on the backside of the GPU and we all know about that fiasco that got stirred up. But, the redesigned card features a less aggressive boost clock of 1785MHz and a combination SP-Cap + MLCC arrangement. This has resulted in the card having a much higher and stable effective boost clock. COLORFUL gets mad credit for making this change as quickly as they did. But, if you're looking to pick one up then I recommend checking if the advertised boost clock is 1785Mhz just to make sure you've got the proper revision. 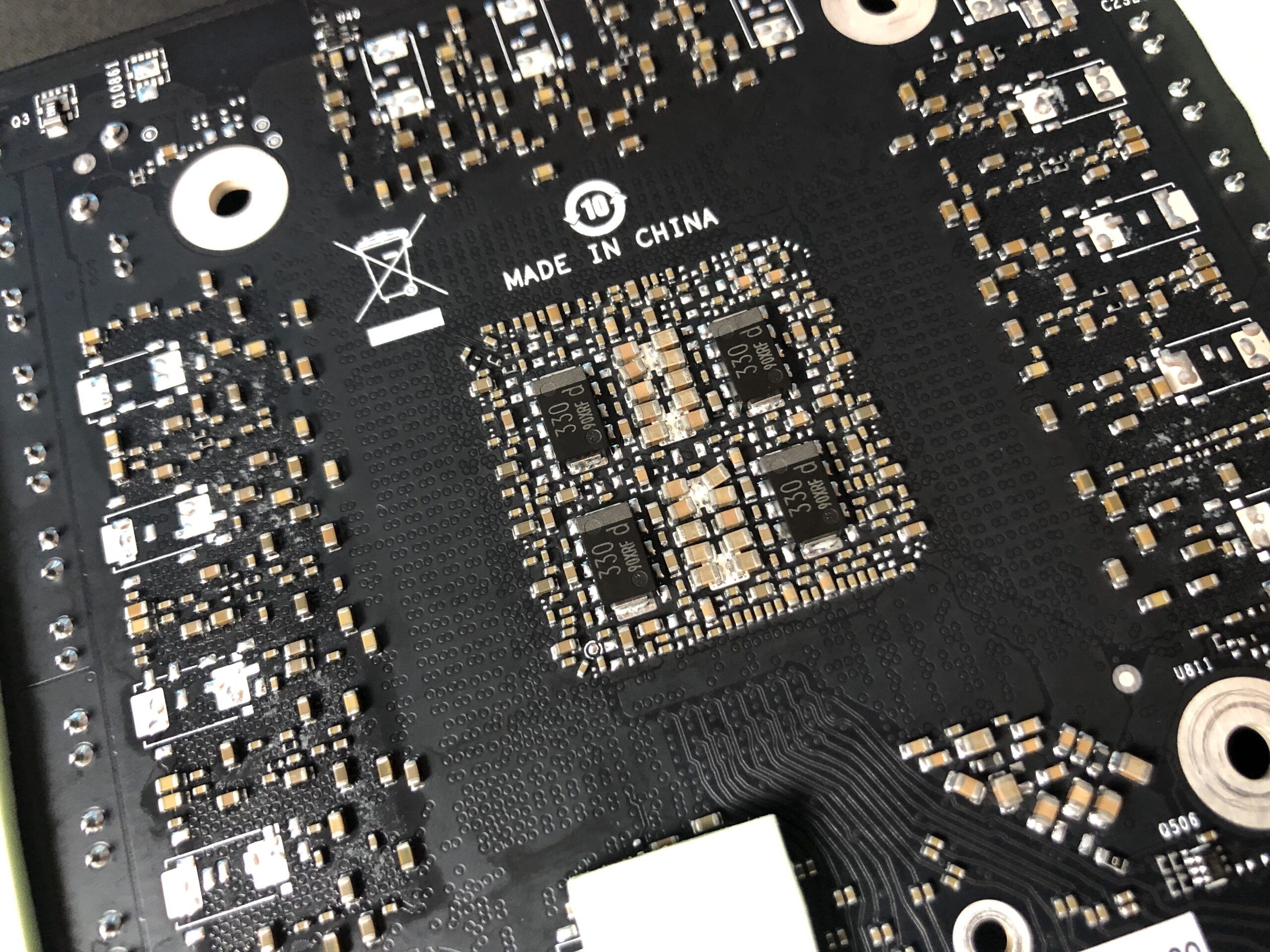 The iGame Center Software works, it does its thing but it's not going to blow your mind. If you want your RGB fan and side accent to do something other than pulse red you're going to need to install it. I personally don't care for the default lighting, I'd have less issue if it were just solid red but the pulsing is just bleh.

But as a quick fun aside to the color, the frequency of the LED and the speed of the center fan make for some really cool effects where the fan appears to be two separate colors at once. Doesn't do much else but it looks cool.