While Ryzen was anticipated to arrive on the mainstream consumer platform, offering IPC on par with Intel's latest generation processors, it was Threadripper that no one, even the press had not expected. A full-fledged lineup of high-end desktop processors designed to tackle Intel's Core X line up. AMD's Ryzen Threadripper and the accompanying X399 platform is designed for enthusiasts, it offered features that are not available otherwise at an incredible value while the new Zen cores delivered CPU performance on par with Intel's modern core architectures.

Featuring the highest core count we have ever witnessed on a consumer platform, in a way, AMD's HEDT is now a more grand scheme of things and a platform which is the pinnacle of enthusiast and workstation grade performance. Some features of the new platform are listed below:

While you'd expect to see a new generation of motherboards and chipsets to support the newly launched Threadripper processors, AMD and their partners are offering refreshed designs which feature the same socket and chipset. This means two things, first, all previous motherboards that are based on the X399 chipset can support the 2nd Generation Threadripper processors. Second, the new motherboards would allow for a vastly better experience in terms of clocks & overclocking capabilities.

ASUS never actually introduced a new HEDT motherboard in the ROG lineup since their original X399 and X299 ROG offerings but earlier this year, they simultaneously launched boards for both Intel and AMD HEDT platforms. ASUS also revealed that they are trying to retain feature set parity across both boards which is something interesting to see since both boards are geared towards completely different platforms.

So for this review, I will be testing one of the two new HEDT motherboards that they introduced, meet the Alpha Predator, the ASUS ROG Zenith Extreme Alpha!

A year later, we are looking at a slew of new refreshed designs, specifically built for the 2nd generation HEDT processors. For existing motherboards, partners have released new BIOS firmware that enables support on them (read more here). 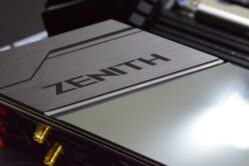 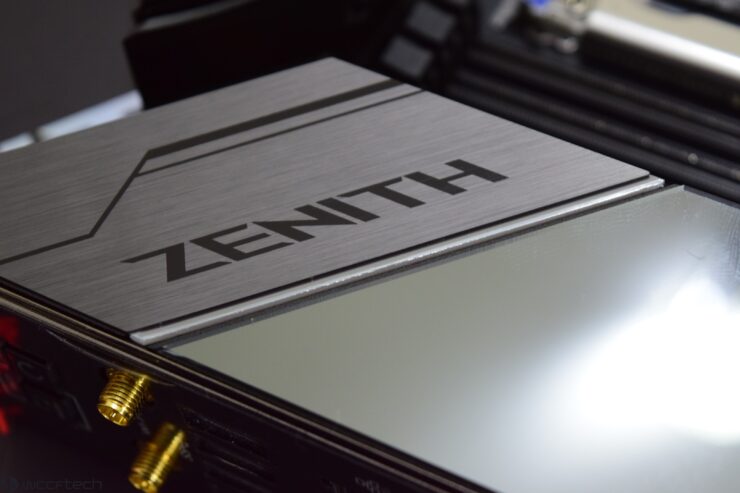 At $699 US, the ASUS ROG Zenith Extreme Alpha packs so many features, an incredible power delivery system and lots of IO, making it the ultimate X399 motherboard that you can buy for AMD's disruptive Ryzen Threadripper processors.