AMD's Ryzen Threadripper CPUs are just a week away from launch and we are rounding up all the CPU coolers that you can purchase for these massive HEDT chips. We have already rounded up all of the X399 motherboards in a detailed post over here so you might want to check out which X399 product is perfect for your needs.

Our full AMD X399 Motherboard roundup can be seen over here.

In an official press release, Noctua has confirmed the launch of three high-end heatsink coolers for the TR4 (Ryzen Threadripper) and SP3 (EPYC) socket based platforms. Noctua is launching their well renowned NH-U14S, NH-U12S and NH-U9 with larger contact surfaces and their latest SecuFirm2 mounting system which is now compatible with TR4/SP3 platforms. Following are the links for the new coolers along with their suggested retail prices:

At 70x56mm, the copper contact surface of the new TR4-SP3 coolers is more than double the size of the standard models. Tailored to fit the enormous integrated heat-spreaders (IHS) of AMD’s TR4/SP3-based processors, this customised design allows for an optimal heat flow from the CPU over the base to the heatpipes and on to the cooling fins.Coming in 140mm, 120mm and 92mm form factors, the three new coolers target specific application profiles. Whereas the 140mm size NH-U14S TR4-SP3 provides the highest level of cooling performance, which makes it ideal for top-end, enthusiast-grade TR4/SP3 systems, the 120mm size NH-U12S TR4-SP3 combines outstanding cooling performance with excellent compatibility: at 158mm height and 125mm width, it is short enough to fit most modern tower cases and stays clear of the top PCIe slot on most motherboards. Last but not least, the 92mm size NH-U9 TR4-SP3 provides 100% PCIe clearance and, at the same time, its height of only 125mm allows it to fit smaller cases and most 4U size rack-mount enclosures.

While the NH-U14S TR4-SP3 and NH-U12S TR4-SP3 are supplied with one of Noctua’s premium-grade NF-A15 PWM and NF-F12 PWM fans respectively, the NH-U9 TR4-SP3 is equipped with two NF-A9 PWM 92mm fans. This push/pull dual fan configuration allows it to achieve a level of quiet cooling performance that is remarkable for such a compact cooler and comes close to the bigger NH-U12S TR4-SP3.

Topped off with Noctua’s proven NT-H1 thermal compound and a full 6-year manufacturer’s warranty, the NH-U14S TR4-SP3, NH-U12S TR4-SP3 and NH-U9 TR4-SP3 are complete premium-quality solutions that combine outstanding performance and superb acoustics for TR4 and SP3 based high-end systems. via Noctua

Arctic is a renowned OEM in the cooling industry. They are offering three new coolers for the Ryzen Threadripper platform which are part of their Freezer series. You can find them listed below:

The Arctic Freezer 33 is a semi passive tower CPU cooler which delivers better cooling performance than a comparable heatsinks by up to 30%. It's also really cheap with a price of just $45.90 which is making it a price to performance champ in the budget cooling field. The heatsink features a better heat dissipation design and has copper heatpipes that make direct contact with the processor IHS, delivering better heat dissipation to the aluminum fin heatsink.

Cooler Master has announced that two of their coolers will be fully compatible with Threadripper CPUs. These include the following:

The Cooler Master Hyper 212 is getting a new revision which will be known as TR Edition. Cooler Master's Hyper 212 heatsink is a very popular heatsink cooler that is aimed at budget PC builders and still offers great cooling performance. The heatsink makes use of funnel shaped aluminum fins and four direct contact heatpipes that also act as a contact surface with the heatspreader on CPUs. The cooler can be fitted with two XtraFlo 120mm PWM fans that run between 600 and 2000 RPM.

Cooler Master is also fine tuning their MasterLiquid 240 Liquid Cooler for Ryzen Threadripper CPUs which will be readily available in the market at launch day. The MasterLiquid 240 solution comes in a 240mm radiator design with a low profile, dual chamber pump that transfers the liquid through a FEP tubing system with sleeved tubes. The thermal solution will cost $87.99 which is a sweet spot pricing for a liquid cooler.

Corsair has their Hydro series liquid coolers fully prepped for Ryzen Threadripper CPUs. Their CPU coolers are very high-end in terms of cooling performance and known as some of the best in the cooling department. These models include the following:

The Hydro Series H100i v2 is an extreme performance, all-in-one liquid CPU cooler for cases with 240mm radiator mounts. The 240mm radiator and dual SP120L PWM fans provide the excellent heat dissipation you need for highly overclocked CPUs. Corsair Link is built in, so you can monitor temperatures, adjust cooling performance and customize LED lighting directly from your desktop.

Cryorig has really advanced and innovative coolers available in their lineup. For Threadripper, they have opted to configure the entire A-Series lineup to support the upcoming HEDT processors which include:

The CRYORIG’s A40/A40 Ultimate and A80 HLC units are built on the base of Asetek’s 5th Generation Pump and CPU Cold Block technology with a small but obvious twist. With an additional adjustable and detachable Airflow fan, the CRYORIG A Series HLC is capable of lowering the temperatures of the components surrounding the CPU by up to 20%.

This major drop in heat buildup effectively improves system stability, component lifespan and overall system temperatures. The CRYORIG A Series will come in three models based on radiator size, beginning with the A40’s 240mm radiator, the A40 Ultimate with a 240mm by 1.5” thick radiator and the A80 with a 280mm radiator.

NZXT has always offered some very elegantly designed coolers and their current Kraken lineup looks really impressive. For Ryzen Threadripper, the following cooling solutions will be fully compatible with the AMD TR4 socket:

The all-new Kraken Series features the most advanced controls ever to be included in an all-in-one liquid cooler. Through CAM’s software interface, users can fine-tune settings to ensure an optimal performance, even in the most intense gaming sessions. Everything, including the pump, radiator, and the fans, have been redesigned to bring you the greatest experience in liquid cooling, all backed by an industry-leading 6-year warranty.

The all-new Kraken Series features the most advanced controls ever to be included in an all-in-one liquid cooler. Through CAM’s software interface, users can fine-tune settings to ensure an optimal performance, even in the most intense gaming sessions. Everything, including the pump, radiator, and the fans, have been redesigned to bring you the greatest experience in liquid cooling, all backed by an industry-leading 6-year warranty.

Thermaltake's Water 3.0 is now available for Ryzen Threadripper CPUs too. The lineup has also been bundled in all reviewers kit that were sent out to media and press for reviews. The lineup comes in base and RGB models and includes five different models which are listed below: 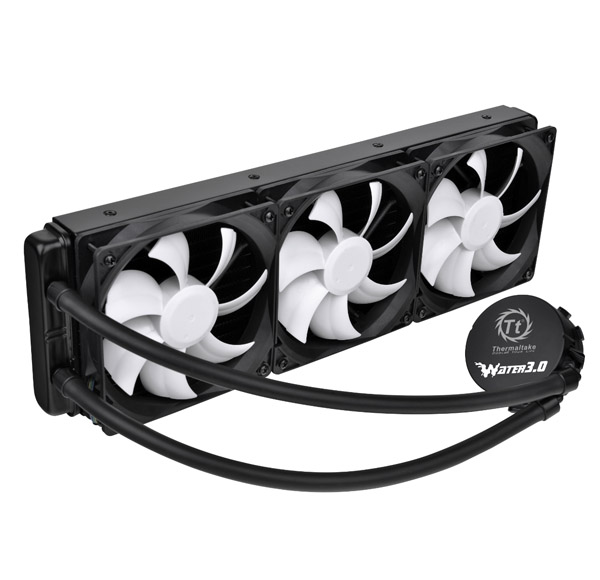 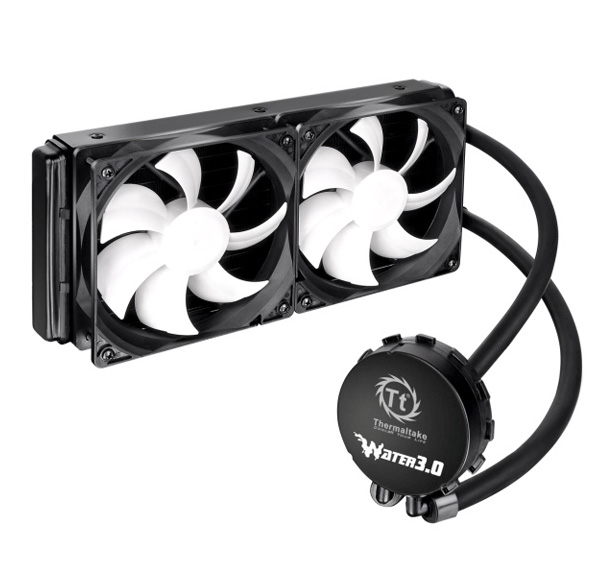 Smart dual mode speed controls are both simple and robust with no need for additional software. Both fan and pump speeds can be managed by an intelligent auto mode or switched to PWM mode for precise user control.

For true enthusiasts, the satisfaction of a clean and efficient build can never be overstated, and the Celsius makes this easier than ever with an integrated fan hub and concealed cable routing.

EVGA may not be making a VEGA graphics card any time soon but they are making their CLC 280 Liquid cooler compatible for AMD's Ryzen Threadripper TR4 socket. The closed loop cooler will be ready for HEDT chips at launch and will deliver great cooling potential on beefy 12 and 16 core AMD CPUs.

This is it for our roundup and I hope you enjoy reading through it and deciding which cooler will be best for you if you're building a Ryzen Threadripper PC. For custom liquid cooling enthusiasts, there will be waterblocks from several manufacturers available on and after launch. You can head over to Videocardz to see some waterblocks from Chinese manufacturer BYKSKI that are already available for sale. We will keep on updating this post as more coolers arrive and are listed with support for Ryzen Threadripper CPUs.