The AMD Ryzen Threadripper WX processors feature a reference TDP of 250W and I pushed the voltage higher than stock when running the chips in overclock mode. The resultant power numbers at both stock and overclocked frequencies can be seen below: 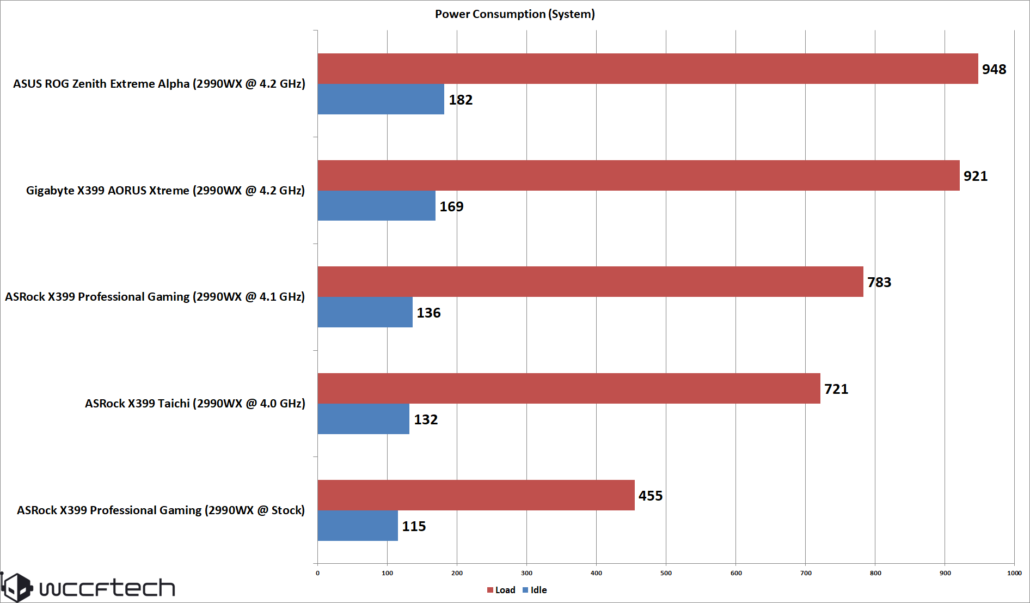