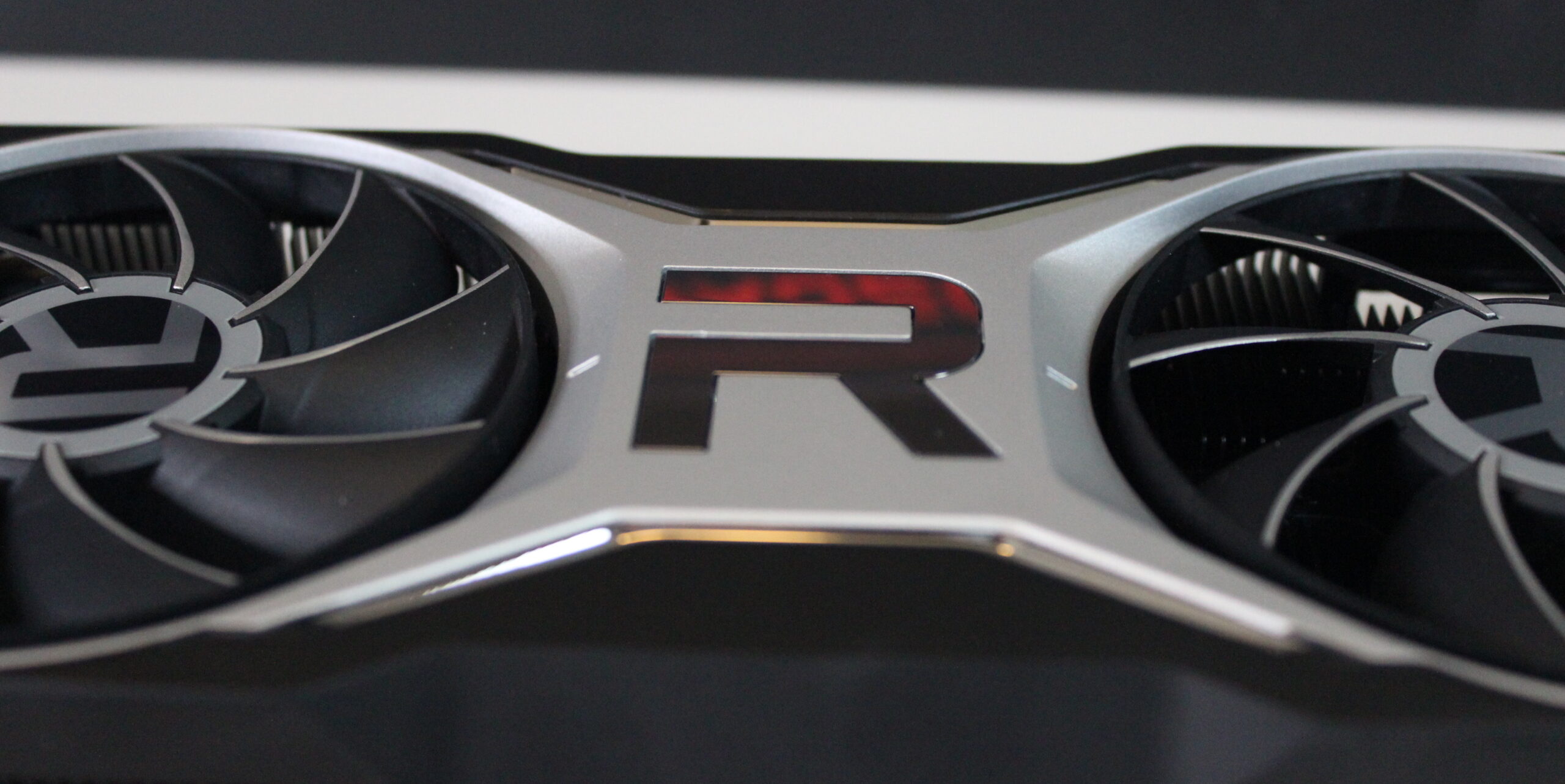 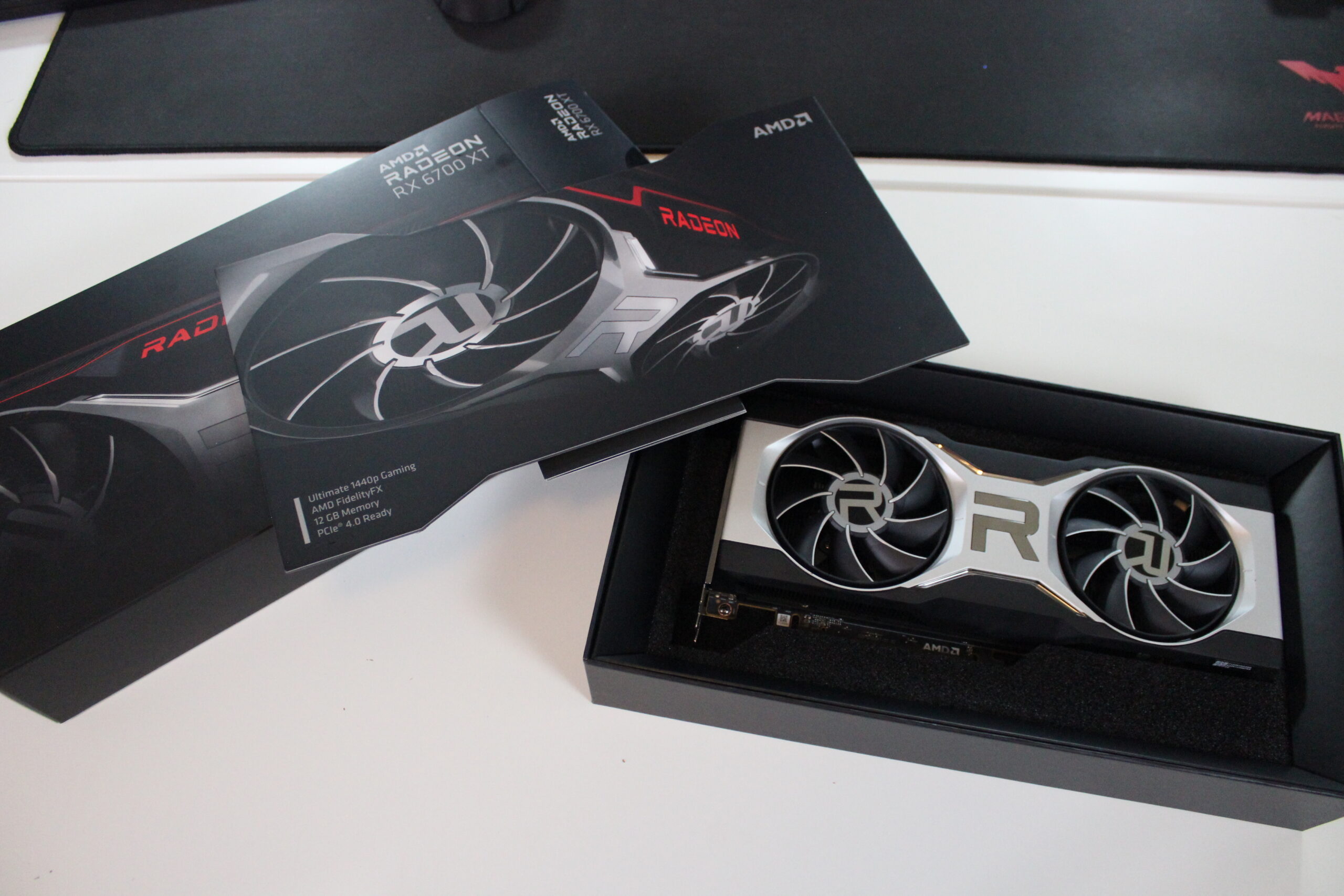 The AMD Radeon RX 6700 XT comes packaged nicely in closed-cell foam to protect the card on its arduous journey from around the world to your doorstep.  It's presented similarly to the higher-end RX 6000 Series but not quite as premium as expected with its cut back pricing but still done in a classy way that is improved over the past.

The AMD Radeon RX 6700 XT is a relatively large card but only in length, and quite light. It still fits within a two-slot design package and doesn't carry extra width like its higher tier Navi 21 bigger brothers. This time we're getting a pair of fans rather than a triple fan reference cooler.

Those two fans are the same as what you got on the reference Radeon RX 6800 and 6900 Series and continue the legacy of providing fan-stop technology on the reference models. This is a very welcome feature as it can cut noise and long term dust accumulation on the heatsink.

The rear of the AMD Radeon RX 6700 XT is adorned with a solid chunk of aluminum that makes up the very attractive backplate. There are no cutouts allowing for airflow, no lights on it either, just a simple and lightly decorated painted solution with a recessed 'R' stamped into it.

Power connectors include 8-pin + 6-pin connectors to feed the AMD Radeon RX 6700 XT's rated 230w TDP and its 11 phase power design. You're not going to find a dual vBIOS switch on the AMD Radeon RX 6700 XT which was missing on the bigger Navi cards, a feature that seems to have gone the way of the dodo for AMD's reference cards in a post Vega world for their higher tier solutions. 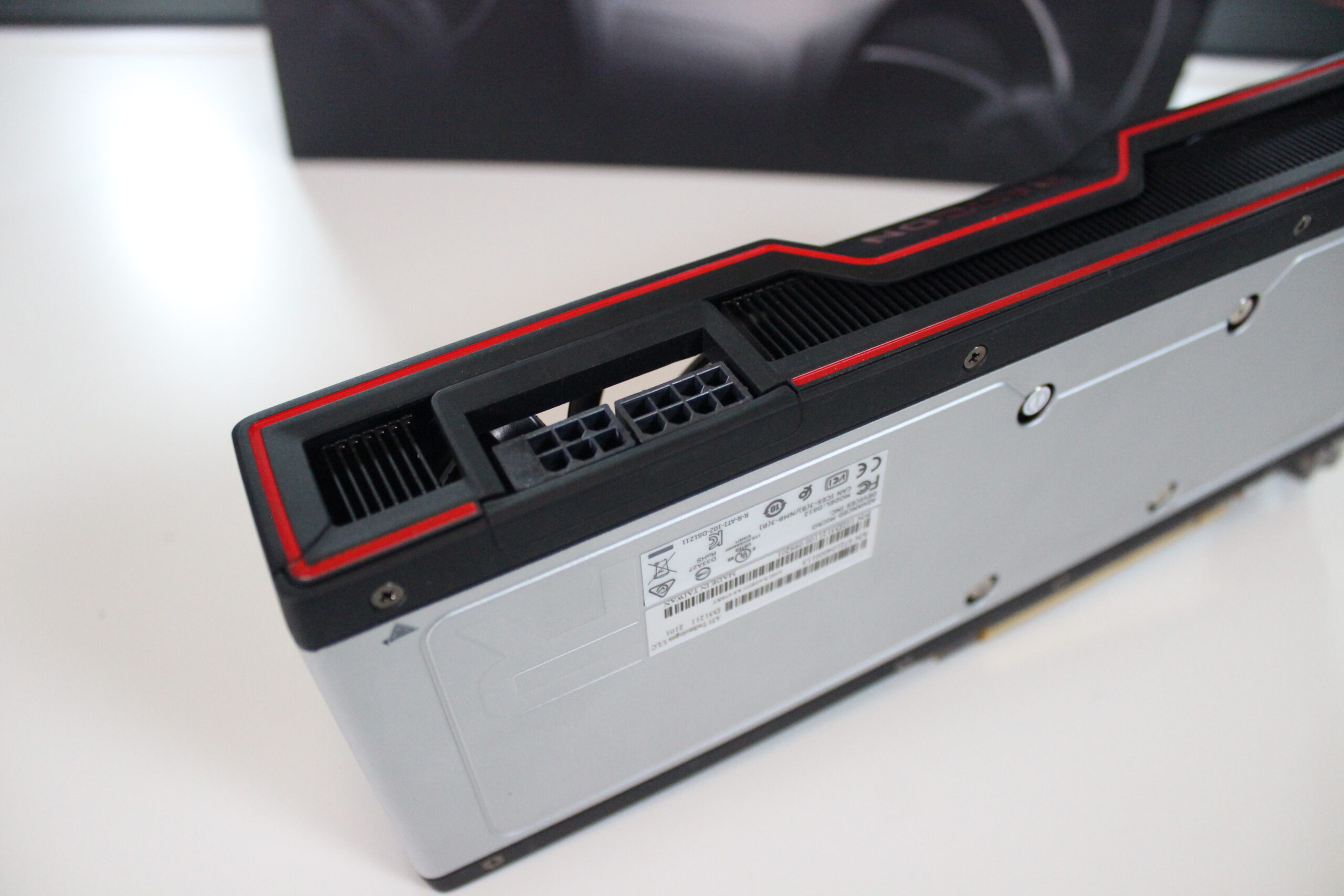 Rear I/O on the AMD Radeon RX 6700 XT are much more akin to what you've likely grown to expect from modern graphics cards. AMD has ditched the Type-C connector like we see on the reference RX 6800 and 6900 Series cards so far and replaces it with a third Display Port and from where I'm standing it was likely a good move. 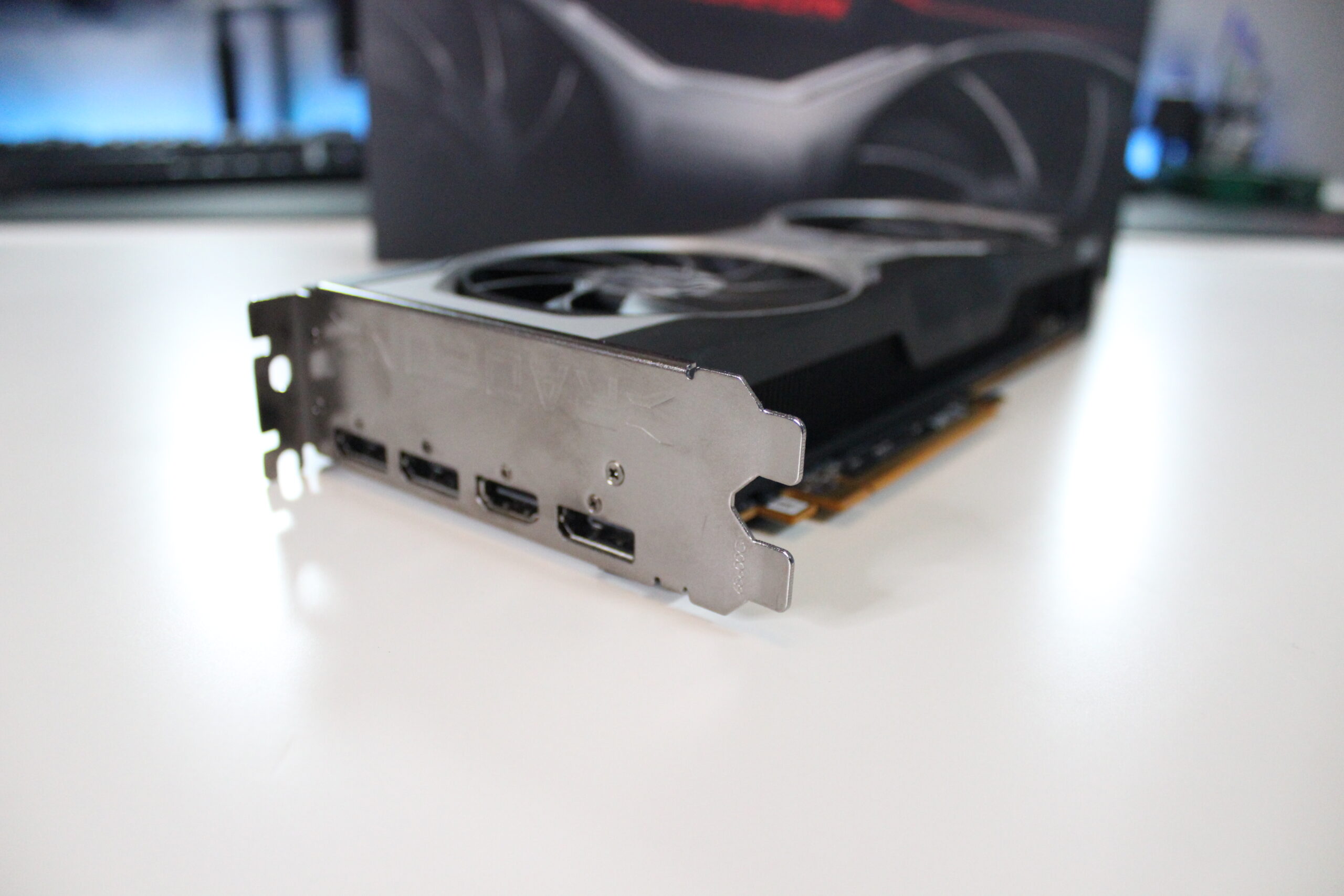 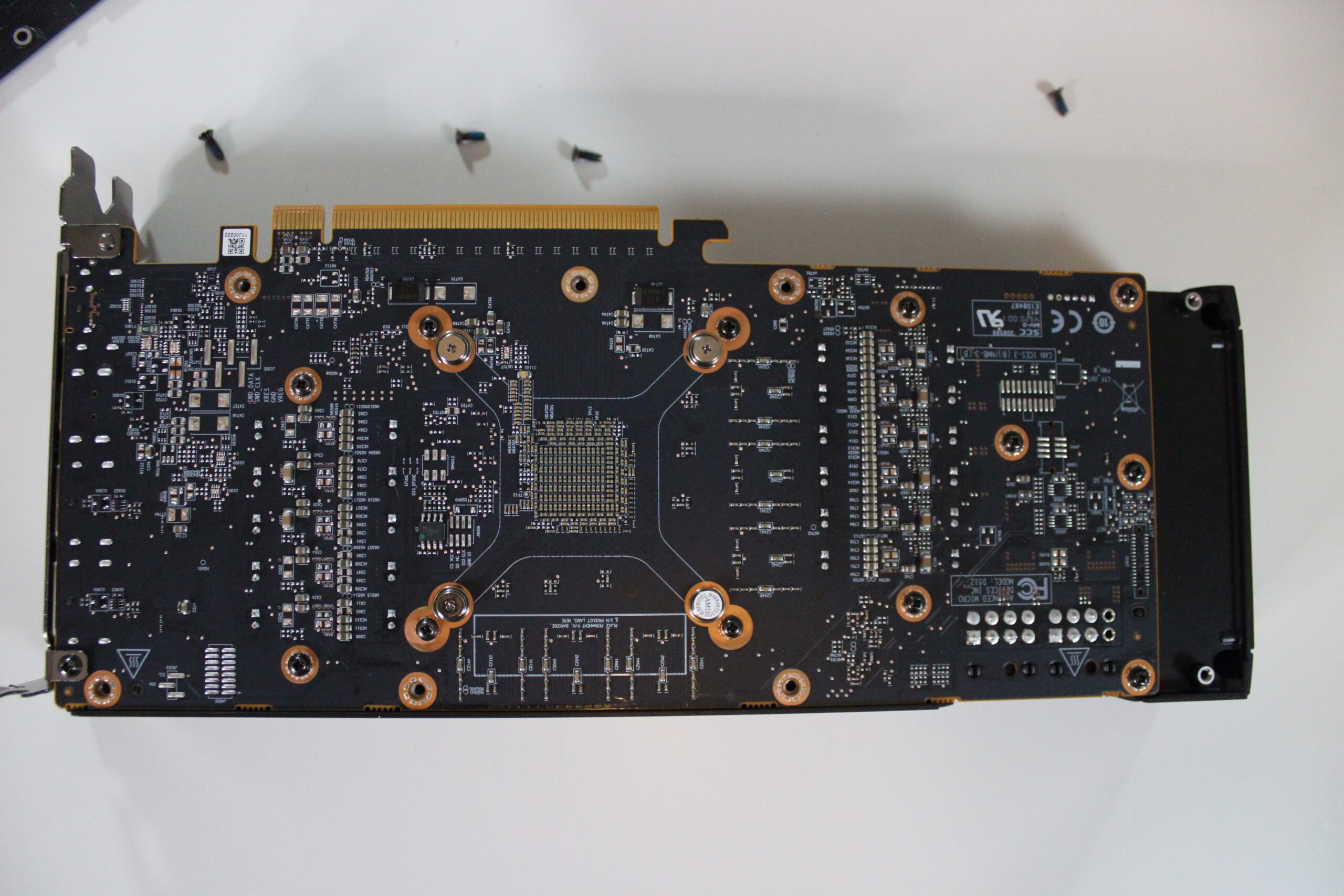 Popping the backplate off reveals that the PCB is slightly shorter than the full heatsink assembly, this almost makes me wish the card had been made slightly shorter. There are also no thermal pads on the backside of the PCB, and while the card runs fine thermally this seems like a missed opportunity to utilize the backplate for additional cooling and not just for aesthetics, perhaps that's something I can test out later. 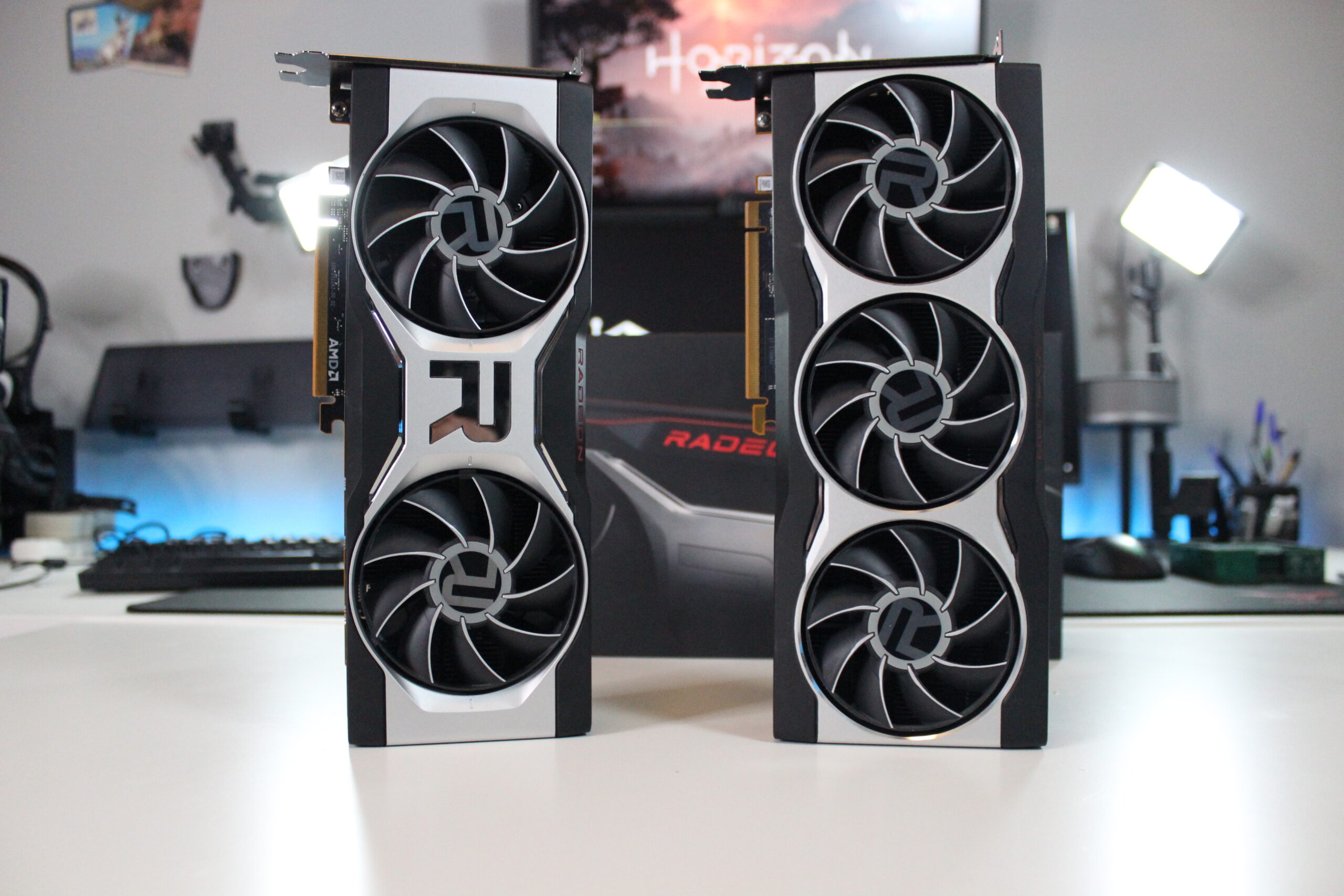