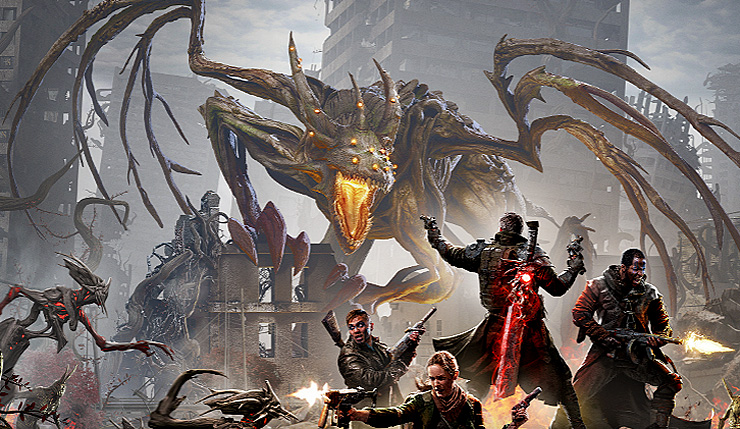 Remnant From the Ashes appears to be coming to the Nintendo Switch, a new age rating from the ESRB suggests.

The 2019 survival action shooter from Gunfire Games is already available for PC, PS5, PS4, and Xbox platforms, and from the looks of it, Switch owners will soon be able to give this punishing co-op action-RPG a go on their hybrid platform. Aside from the Switch port being published by Perfect World Entertainment Inc. (and a general description), no further details have been included in the rating.

This is an action game in which players assume the role of a hero in a post-apocalyptic world. From a third-person perspective, players explore different landscapes and battle demonic creatures, mutants, and other human survivors in frenetic combat. Players use pistols, rifles, lasers blasters, and melee weapons (e.g., hatchets, swords, spears) to kill enemies. Battles are accompanied by realistic gunfire, large explosions, and screams of pain. Enemies emit large spurts of blood when shot and killed; a handful of sequences depict bodies lying in pools of blood. The words “f**k” and “sh*t” are heard in the game.

We’ll likely see an official announcement of Remnant From the Ashes for the Nintendo Switch – possibly as soon as later today during Nintendo’s Indie World Showcase. We’ll update you as soon as more information on this Switch port comes in.

A free PS5 and Xbox Series X|S upgrade for the game was released back in May of this year. The title also supports Xbox One and Windows 10 Cross-Play.

Remnant: From the Ashes is a third-person survival action shooter set in a post-apocalyptic world overrun by monstrous creatures. As one of the last remnants of humanity, you set out alone or alongside up to two other players to face down hordes of deadly enemies and epic bosses, and try to carve a foothold, rebuild, and then retake what was lost.