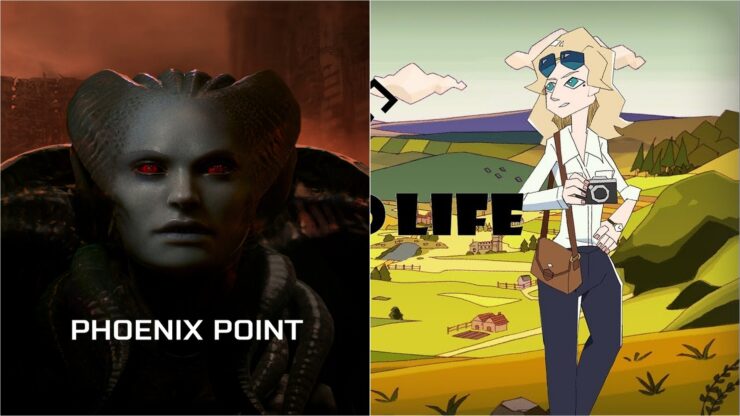 Phoenix Point, the new game conceived by X-COM creator Julian Gollop and funded via Fig, has been delayed once more. Developer Snapshot Games announced this on the official forums of the game, adding that Phoenix Point would now release in December. It's certainly a less cramped window and, of course, there's the benefit of additional months of work going into the product.

As a reminder, the game will release on PC (as an Epic Games Store exclusive) and Xbox One.

While the development team is working hard, and Phoenix Point is shaping up really well, we now know we’re going to need more time to get it to meet our very high standards. As you probably know, Snapshot has a commitment to keep crunch to a minimum – and that is a commitment we take very seriously. Therefore, because we know we have more work than we have time, we will be delaying the release of game from September 3, 2019 to December, 2019.

We know this is not our first delay, and we are very sorry to the fans who we know are highly anticipating getting their hands on Phoenix Point. No one is more disappointed than we are, but we collectively agree that we would rather miss a launch date than ship something that does not meet our exacting standards. We want the Phoenix Point you play to be one of your favorite games of all time, and that means we need a bit more time.

We know this is a significant delay. The good news is that Backer Build 5 will be releasing on our original launch date, September 3, 2019, meaning backers and early-access buyers will be able to play a much more robust version of Phoenix Point very soon.

White Owls Inc. also delayed The Good Life yesterday and explained it with the following message on Kickstarter. SWERY's game is now expected to launch next Spring.

One year and three months have already passed since this Kickstarter project met its goal. I can't believe it's already been that long! Time goes by fast when you're working hard every day to make a good game.

In the campaign, we stated that The Good Life would be released in Q4 2019 and received support from you all. After a long deliberation, we have decided to change the schedule and extend the development period in order to deliver The Good Life to all our backers in the best condition possible.

It's a very important, heavy decision, but we made it believing that it's the happiest decision for all the people who are going to eventually play it. Therefore, we humbly ask that you wait a little bit longer for The Good Life to reach your hands.

We're very sorry about this, because we know you've all been waiting very patiently for The Good Life. We only came to the decision due to prioritizing the quality of the game above all else.

We sincerely hope you can understand our feelings on this issue, and will continue to support us.