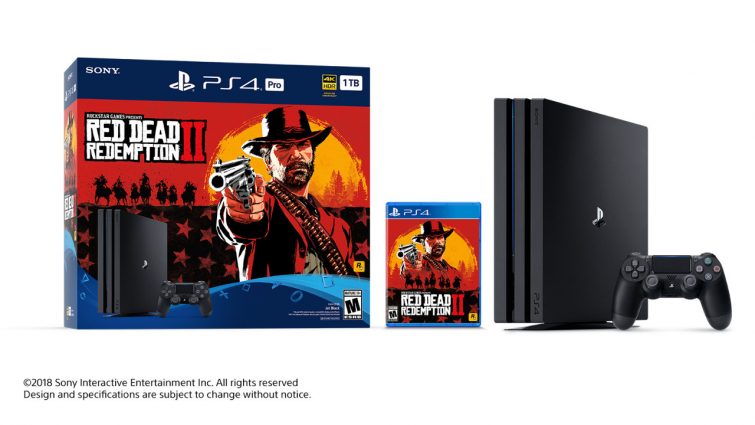 Both North America and Europe will be getting the Red Dead Redemption 2 PlayStation 4 Pro bundle, which will include a 1TB Jet Black PS4 Pro system, a DualShock 4 wireless controller and Red Dead Redemption 2 on Blu-ray disc. This bundle will be available for $399.99 (MSRP) / $499.99 CAD (MSRP). The price for Europe has yet to be confirmed.