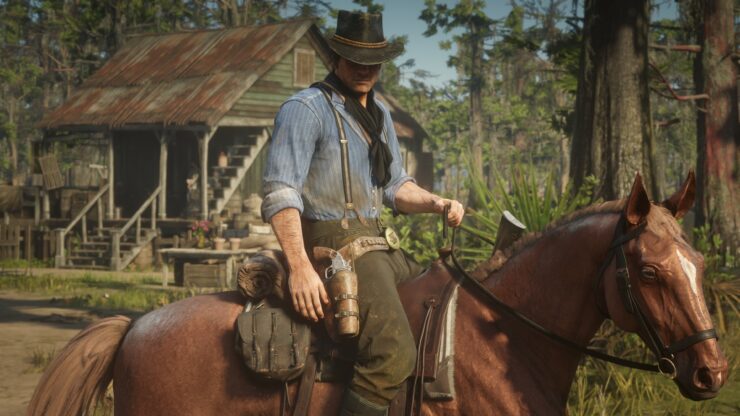 Last week, Rockstar and Take-Two proudly announced that Red Dead Redemption 2 had launched to great success with the best opening weekend for an entertainment product ever, grossing about $725 million in retail sell-through. It was also the second best entertainment launch of all time, only yielding to another Rockstar game, the massively popular Grand Theft Auto V (over one billion). In case you're wondering, both statements hold true for one simple fact: GTA V launched on a Tuesday.

Red Dead Redemption 2 also sold very well in the United Kingdom specifically, registering the second best launch week of the year after FIFA 19. This week, though, the game comparatively fared even better as it managed to beat FIFA 19's second week according to GamesIndustry.

It only dropped by 51%, which is very good. The Top 10 chart includes the usual suspects released in the past couple months, with the addition of the newly launched Football Manager 2019 (ninth place) and Mario Kart 8: Deluxe jumping back in the top ten.

Needless to say, Rockstar and Take-Two have another hit on their hands. We knew as much from the universal acclaim it received from the press, including ours, but the sales result is far higher than anticipated. The analysts at Piper Jaffray had surmised the game could sell between six and eight million units in its first weekend, but the $725 million result indicates it might have sold roughly eleven million units instead.

Besides, Red Dead Online is due to debut in beta later this month. If GTA Online is any indication, the online game over time could prove to be an even bigger hit on its own.