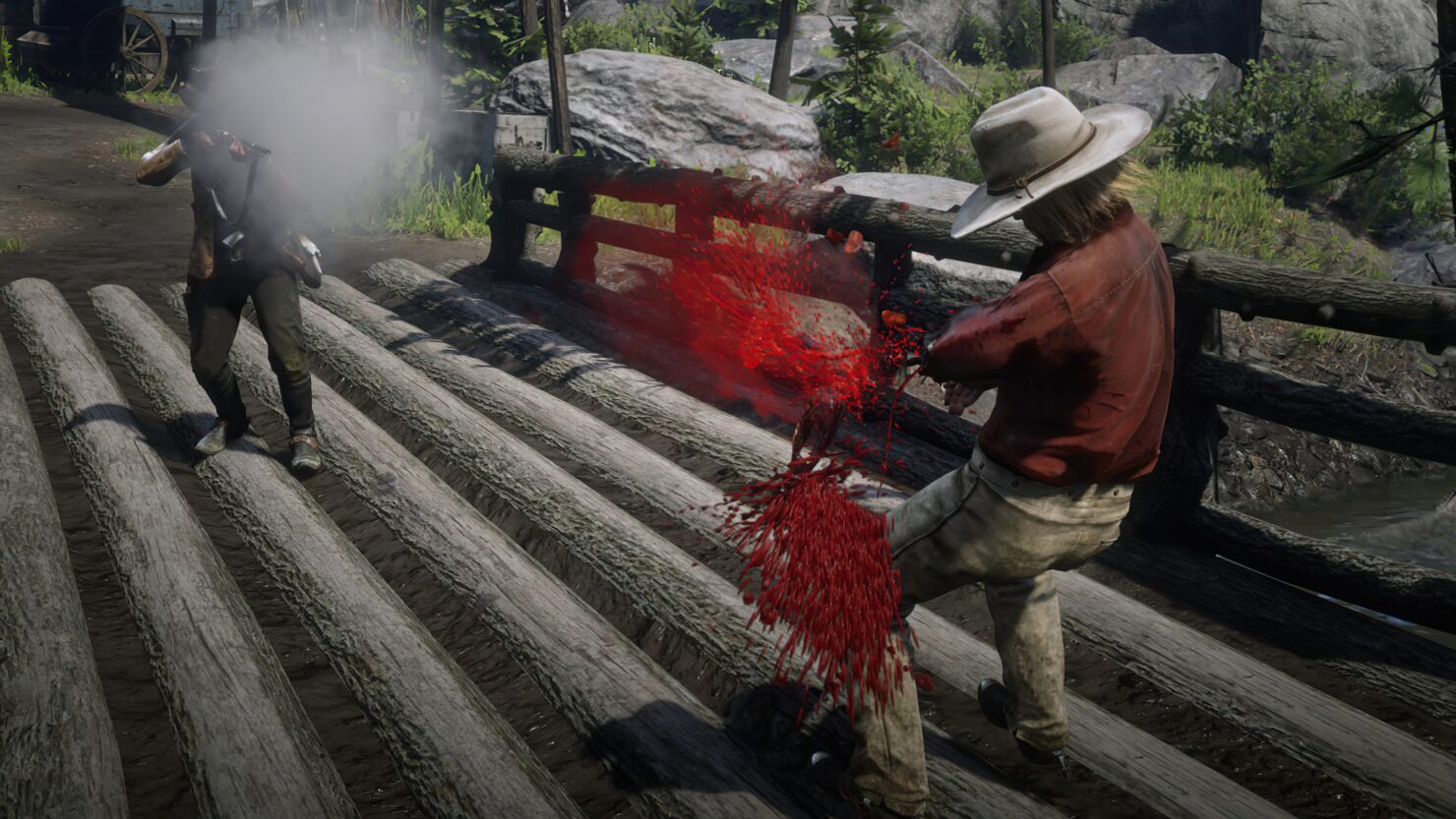 The RDR2 mod scene may not be quite as active as Grand Theft Auto's, but it's still sizable and healthy. The latest mod worth highlighting was uploaded yesterday on Nexus Mods by GetGibbed, and it's tellingly titled 'Dismember Everyone'. There's even an optional file that corrects dismemberment for camp members.

There are 290 peds in the vanilla game that can't be dismembered, mostly from random encounters and side quests, resulting in inconsistent gameplay. This RDR2 mod enables dismemberment for all of these peds, no longer will you have to guess if the shotgun will take the head off or not.

-->How to Install
Place the stream and dismemberment folders from the lml folder into your lml folder.
Also there is an alternative installation path because some people might need to have the RDR2 mod installed in another location for it to work.

-->Known issues:
Dismemberment on 11 of these characters (included on a list) and camp members (there is a workaround but with trade offs) is buggy with detached neckgore, floating hand and foot mutilation fragments and can't be solved right now because they would need their ped fragment files edited which is not possible with the current tools avalable.

Because I didn't test all outfit variations on all of the 290 peds, if you notice some with outfit glitches that are not on listed let me know and I'll fix it, but with the trade off that dismemberment becomes buggy.

Now you can enjoy some proper dismemberment on Micah with my optional file for camp members that corrects the dismemberment bugs but results in most of their outfit variations having bugs like weird arms, bugged clothes etc., a list of broken outfits is included.

You need Ped Damage Overhaul to use Friendly Fire and Rampage (or your trainer of choice) to spawn them and change their outfits and set their health to 100 in the ped database (or in spawner settings check health scale 100).

Also, check out this RDR2 mod that enables Arthur to recruit his fellow gang members as actual companions.