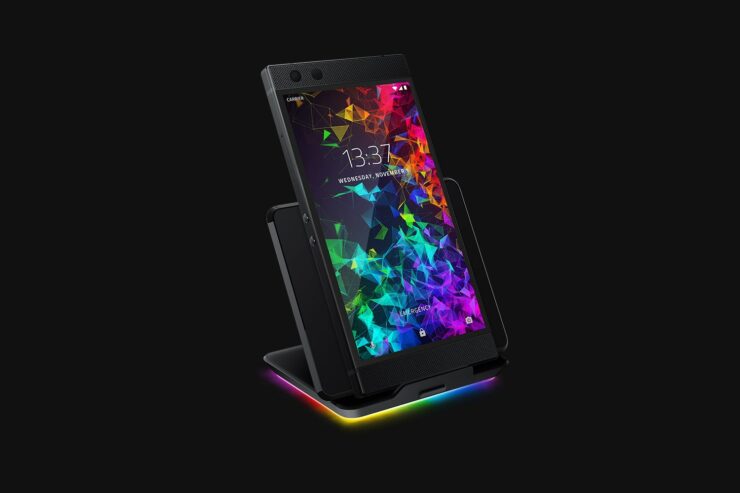 While every smartphone with a powerful processor and ample memory is sufficient for playing a game, a few manufacturers have released gaming-centric devices with dedicated features. One of those is the Razer Phone 2 and it has an impressive specifications sheet for a 2018 phone, including the Qualcomm Snapdragon 845 SoC, 8GB of RAM, a 5.7-inch QHD display with a 120Hz refresh rate, and fancy RGB lighting effects. However, at $800, the price is a bit too much. Thankfully for gaming fans, $300 has been shaved off the price now.

Customers in the U.S. can now buy the second generation Razer phone for just $450 at Best Buy. However, there is a catch; you will also have to buy the Wireless Activation kit for $10 and a refill card for $38. Overall, you will be saving $50 on the Cricket products and $300 on the phone and your total bill would be $497.98. Before adding the phone to your shopping cart, be sure to select the ‘Activate Later’ option.

You can also get the phone directly from Razer for $499 and this route doesn’t mandate choosing Cricket. The phone also works with, Verizon, T-Mobile, and AT&T. Razer also recently announced the Android 9 Pie update for the Razer Phone 2, which will bring things such as gesture-based navigation, the digital well-being app, and better battery life, which would be welcome by Razer Phone 2 owners as the battery is one of the sore spots of the device.

The Razer Phone 2 also supports wireless charging and has been hailed for its great speakers. The phone has a dual rear camera system (12MP + 12MP) and an 8MP front shooter. For around $500, these are pretty great features, especially the 120Hz display, which is still rare in the market.