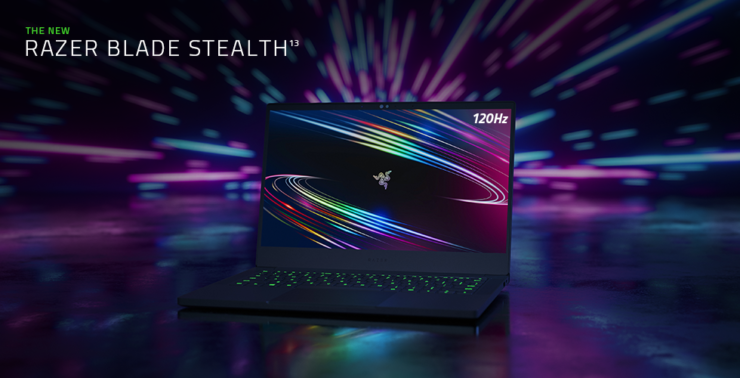 The all-new Blade Stealth 13 features the world’s fastest 13.3” display with a 120Hz refresh rate – a feature currently available only on the Blade Stealth 13. The increased refresh rate delivers fast but crisp visuals, making targets easier to see and text easier to read. The display offers a 1920x1080 resolution and is finished with a matte coating for improved glare reduction. For creators and touch users, the Blade Stealth 13 is also available with a gorgeous 4K touch display featuring Gorilla Glass. The 4K panel is perfect for editing photos and video in creative suites or watching movies on the go. 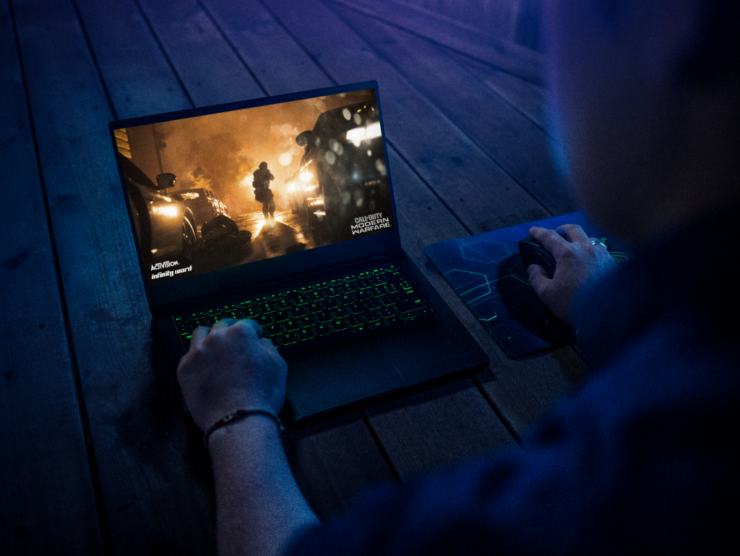 Every Blade Stealth 13 covers 100% of the sRGB space and comes custom-calibrated from the factory to ensure a vivid, color-accurate experience whether gaming, creating, or watching. Flanking the sides of the beautifully custom-calibrated display are ultra-slim 4.9mm bezels topped-off with an HD Webcam complete with an IR sensor for seamless access via Windows Hello. The HD webcam is essential for staying connected with family, taking meetings from the home office, or hosting classes over long distances.

Paired with the new GPU is a 25W variant of the Intel Core i7-1065G7 quad-core processor with clock speeds of up to 3.9Ghz when using Intel Turbo Boost technology. The 25W processor is a significant step up over the standard 15W variant and allows for longer sustained boost clock speeds. The increased power combined with the longer sustained boost speed means higher frames, faster renders, and less downtime.

For those that need maximum performance, the Blade Stealth 13 is lined with a USB-C Thunderbolt 3 port, an Intel exclusive technology, allowing for fast data transfer and a seamless plug and play action with a Razer Core X eGPU (sold separately). The addition of the Core X eGPU allows users to pair almost any GPU with the Blade Stealth 13 and GeForce GTX 1650 Ti for dual-GPU functionality when handling intense rendering or modeling workloads.

The Blade Stealth 13 has been updated with a new keyboard featuring a full-sized right shift key and half-height directional keys for a faster and more efficient typing experience. Equipped with single-zone Razer Chroma RGB backlighting, the keyboard can be customized to match any of the 16.8 million colors and unique lighting effects available in Razer Synapse 3. In addition to the new keyboard, the Blade Stealth 13 has also received a speed bump to the included 16GB of LPDDR4X memory at 3733MHz. The speed increase means that CPU intensive applications, whether gaming or creating, will receive noticeable performance gains.

The Blade Stealth 13 remains the world’s most compact gaming laptop available today, measuring in at only .60” x 11.9” x 8.27” and a mere 3.1lbs while packing the punch of a full-sized gaming laptop. The all-new Razer Blade Stealth 13 will start at $1,799.99 USD / 1,999.99€ MSRP and will be available on April 21st at Razer.com and through select retailers in the United States and Canada.