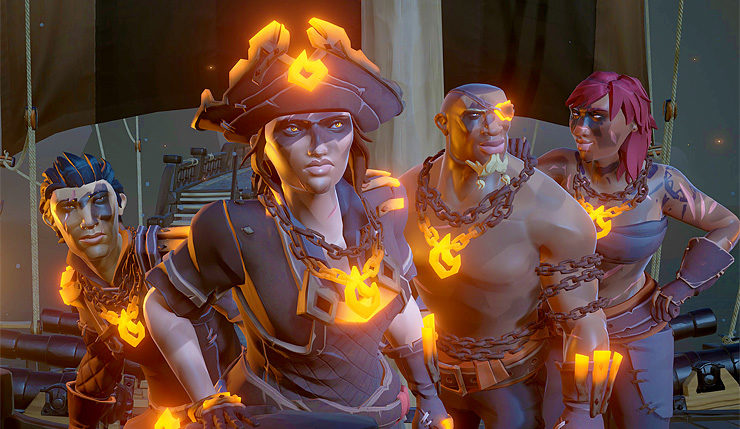 Rare studio head Craig Duncan has taken to Twitter to adress community concerns about the upcoming Sea of Thieves crossplay opt out option.

The team recently announced some changes coming to Sea of Thieves, including the option for players to opt out for crossplay when desired.

This optional crossplay function apparently didn’t sit too well with some and Rare studio head Craig Duncan decided to take to Twitter to address the concern from the community about the possibility of the seas becoming empty for PC players.

“Wanted to address a few concerns we see some folks have about our future #SeaOfThieves plans”, Duncan tweeted. “Rest assured our goals are ALWAYS to do the right thing by our players and community.”

In a set of follow-up tweets, the studio ahead addressed four points that needed clarification, including the fact the player population on both PC and Xbox is “super healthy” and that players from both platforms won’t have to worry about player population:

1.“We aren’t removing crossplay; we are adding an option for console players using controller to opt out of crossplay if they choose. We expect most players, especially in Adventure, to still play using crossplay, but this is important option to add with The Arena coming.”

2.“The crossplay option is not coming in the February update, see Joe’s last dev update for more info, the team is working now on implementation of the option settings & our goal is to have this in & tested prior to The Arena.”

3.“Servers will still have the same density they do today as we spin up Azure servers as players join & backfill new crews into live servers. Our server density is architected to not be affected by the size of our player pop, but to vary the player encounter frequency & stories.”

4.“Our player population is super healthy on both PC and Xbox & has been since launch. While we don’t tweet usage data reactively, we will figure out how we share more stats on this soon to give context why players don’t need to worry about our live player or platform populations.”

We’ll update as soon as we learn more about the upcoming Sea of Thieves changes. Sea of Thieves is available globally now for Xbox One and Windows 10 PC.