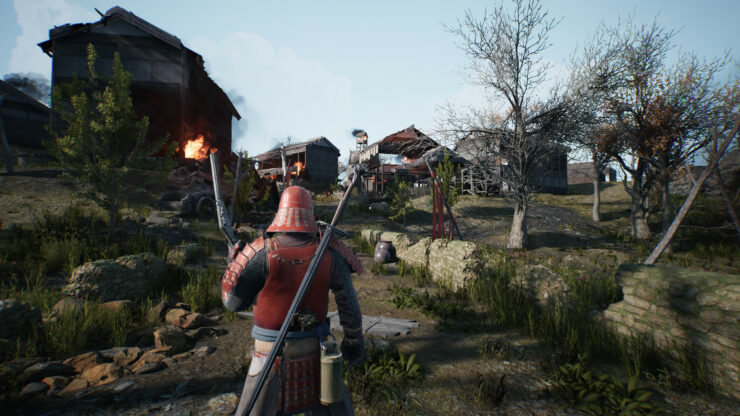 RAN: Lost Islands, the Battle Royale game set in the Age of Discovery, will debut next year on Steam Early Access and later on PlayStation 4 as well.

Before the early access launch, though, publisher Zodiac Interactive and developer Jolly Roger Game Studio have set up a Closed Beta test that is due to take place on December 21st & 22nd, between 7 pm - 10 pm GMT / 8 pm - 11 pm CET. We've got a hundred Steam codes to give away that will let you participate in this RAN: Lost Islands Closed Beta test; unfortunately, however, this particular session is only available to European players.

The giveaway is on a first-come, first-served basis, so be quick if you want to sail the high seas this weekend!

RAN: Lost Islands is an online multiplayer that thrusts 100 players against one another during the thrilling Age of Discovery. As outcasts battling to survive on the high seas, they seek magnificent ancient treasure and legendary artefacts beneath the cursed islands. Great courage and wisdom will be needed to eliminate all enemies - by fair means or foul - and triumphantly return home from the swashbuckling adventure.

Sail the high seas, bombarding the enemy with your cannons, or ambush and overrun a mighty vessel with visceral melée combat - in RAN: Lost Islands even the terrifying excitement of underwater combat becomes part of the action. With an arsenal of period weapons from different factions, and an exhilarating mix of traditional ACT combat controls and combo techniques, your mastery of skills and strategy shall ultimately prevail.

Whether discovering high-level equipment or searching for treasure and artefacts, players will need to collect multiple clues at landmarks hidden on the islands such as temples, natural caves, and the walled city, among many others. Some ancient holy items are buried in relics or under shipwrecks.

But beware, because you must face not only other players but also powerful enemies such as the survivors of exotic hunts, wild scavengers in the woods, and even humongous sea monsters!