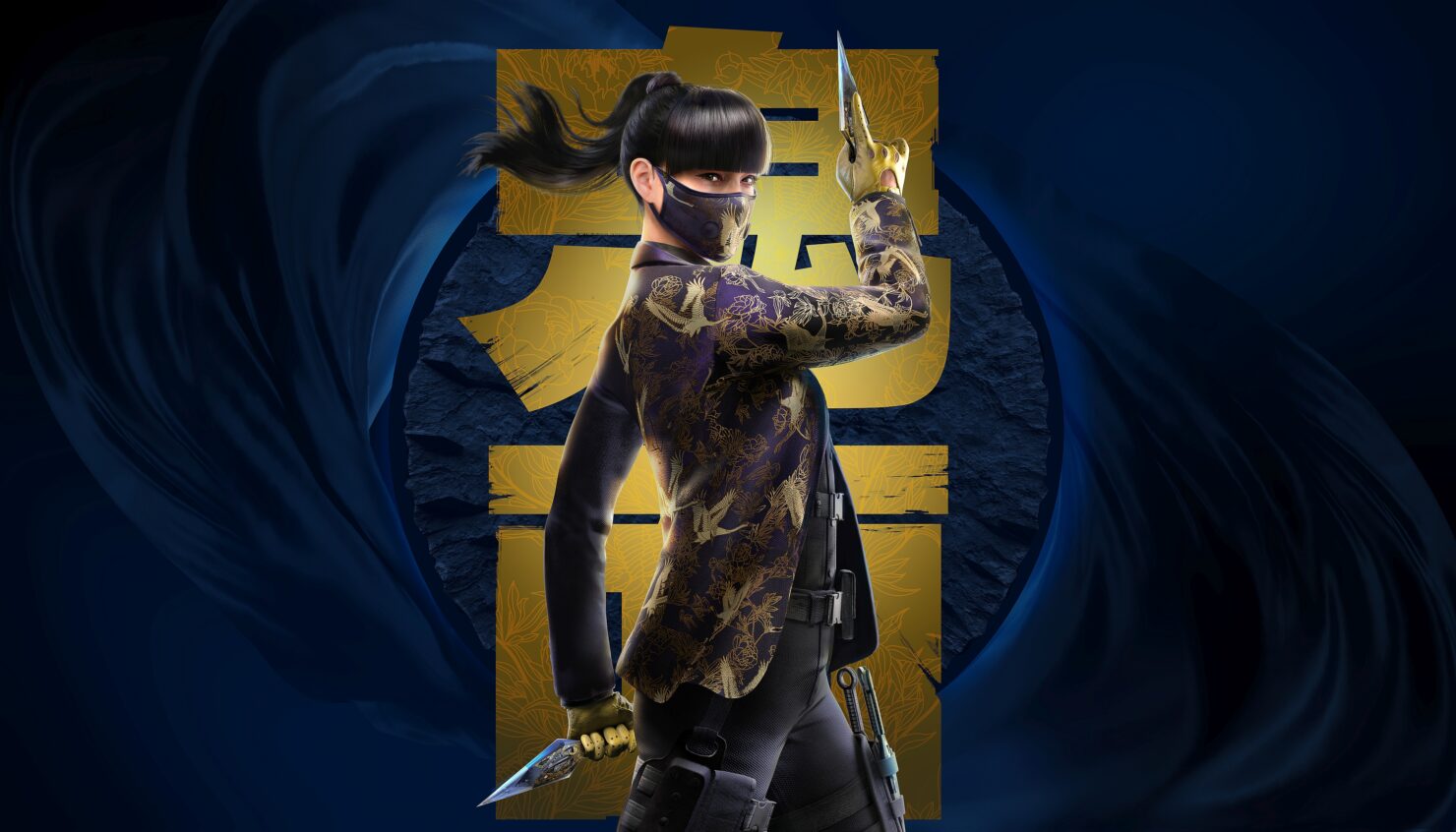 This year, the developers will add the first new Rainbow Six Siege maps in three years. Permanent Team Deathmatch will be added with Demon Veil, the first season of 2022, alongside Japanese Defender Azami, a medium speed and health Operator who's equipped with the Kiba Barrier gadget. Her throwable canisters deploy an expandable material that solidifies into a bulletproof surface, providing fast cover. Azami's gadget also allows her to quickly repair holes in walls and floors.

Additionally, Season 1 is getting Attacker Repick, and a new country club map set in Ireland. Ubisoft is focusing on what they are calling 'player protection' with Privacy Mode and griefing/disconnect detection improvements, both coming with Demon Veil, while console players will receive the Match Replay functionality. 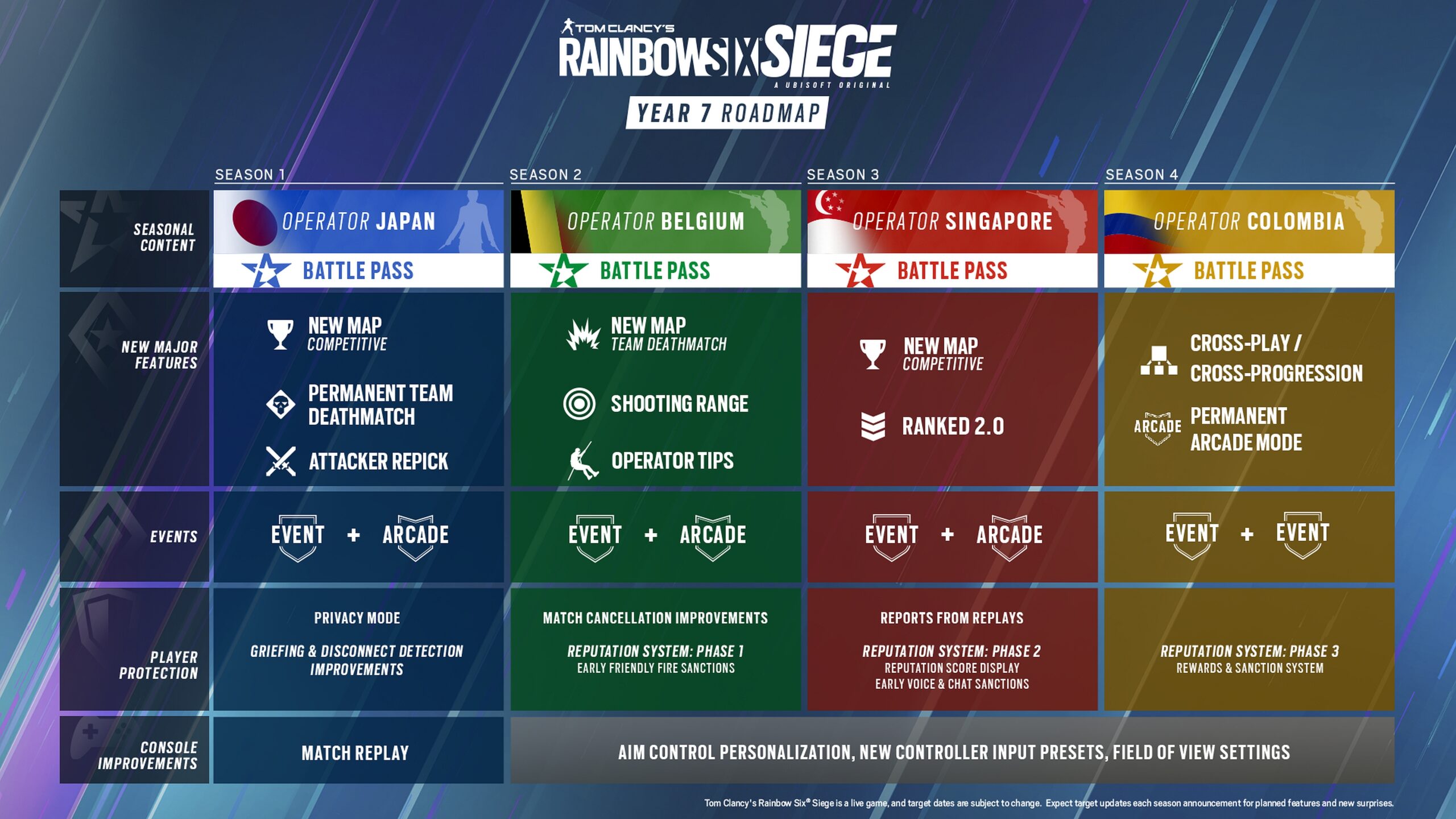 Season 2 will add a Belgian operator, a new Greece-based map dedicated to Team Deathmatch, and several onboarding tools such as a Shooting Range and Operator Tips. Season 2 also plans to tackle players who misuse friendly fire through sanctions restricting reverse friendly fire as well as improving match cancellations. Season 3 will see the addition of yet another competitive map to Rainbow Six Siege, an Operator from Singapore, and the Ranked 2.0 overhaul which should better reflect player progression. In Season 3, players can also access reporting options in Match Replay to address harassment in voice and video chat. Season 3 also introduces Reputation Scores for players, which will be fully implemented in Season 4 when Rainbow Six Siege players will receive rewards or sanctions depending on their behavior.

The last Season of Year 7 also brings the highly anticipated cross-player and cross-progression features, a permanent Arcade Mode, and a new Operator from Colombia. Meanwhile, between Season 2 and Season 4, console users will also get aim control personalization, new controller input presets, and the ability to tweak their Field of View (FoV).

Of course, in addition to all of this, there will be several Operator balancing tweaks. Some of them for Season 1 have been outlined in the Designer's Notes blog post.