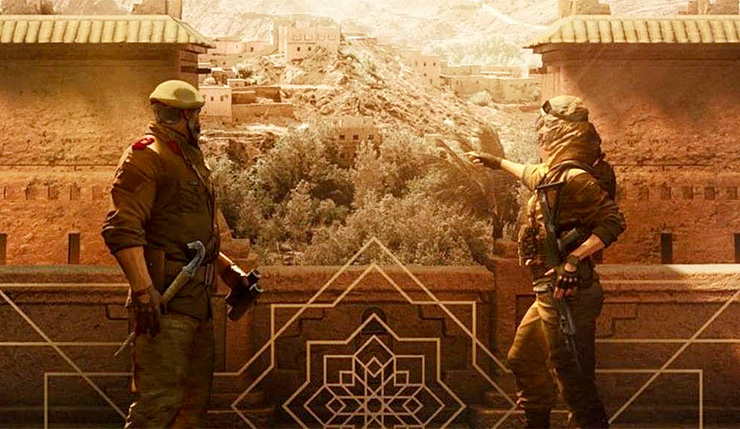 Earlier this week Ubisoft announced Operation Wind Bastion, the fourth “season” of Rainbow Six Siege Year 3, but actual details were mostly held back. We know Wind Bastion will be set in Morocco and will deliver two Operators and a new map, but no trailers or screenshots were provided. Ubisoft has said fans will have to wait until the Rainbow Six Siege Pro League Finals later this month for more information, but it seems a look at the new Moroccan map has already leaked.

The trailer comes courtesy of Redditor Velocitycontrol, who claims they got it from Ubisoft Thailand. You can check out a YouTube version of the trailer, below.

Looks like a solid, if not exactly groundbreaking, new map. Very bright and fairly straightforward, without a lot of clutter, which can be a good thing sometimes. What do the hardcore Siege fans out there think? Here’s Ubisoft’s brief description of the map from their initial Operation Wind Bastion announcement:

For Operation Wind Bastion and following a written agreement with the resident Commander, Rainbow Six has secured permission to use the renowned fortress located in the Atlas Mountains. You’ll have the rare opportunity to test your skills inside a stunning mudbrick kasbah. Enjoy unprecedented roof access, but do try to stay focused despite the breathtaking oasis just next door.

Meanwhile, Wind Bastion’s new Operators are a “Defender and commander who is as stoic as the mountains are immovable” and an “Attacker who travels wherever the wind takes her.” Sorry, no trailers for them yet, but given Ubisoft's propensity for leaks, maybe we’ll get a look at them early, too. Or perhaps we’ll just have to wait until the  Rainbow Six Siege Pro League Finals, which kick off on November 17.