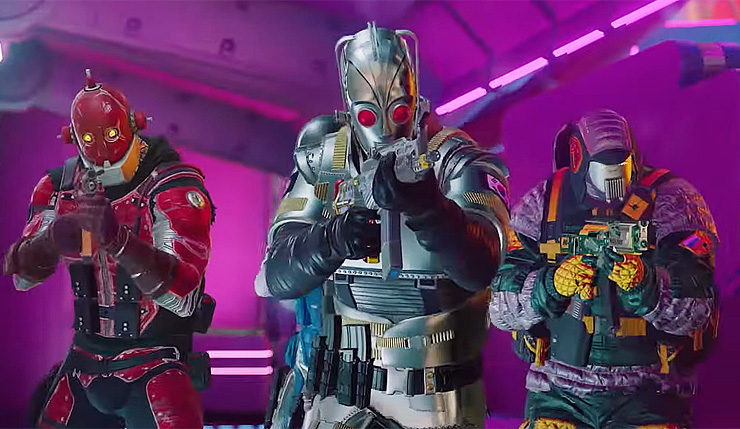 Rainbow Six Siege goes full on sci-fi in its latest limited-time event, which kicks off tomorrow. MUTE Protocol is a new version of the Secure Area mode, which gives the Tower map a neon futuristic makeover. In terms of gameplay, teams of five will be fighting to control two areas, with players being able to digitize their bodies and travel around the map via drones or through the surveillance camera network. Should make for some unique fun! Check out a trailer for MUTE Protocol, below.

Here’s a bit more detail about the MUTE Protocol mode:

In MUTE Protocol, Mute has taken over the Tower and has sinister plans in store, so the Attacking team must attempt to reclaim control while the Defenders mobilize to secure their position. All Operators will be able to use the new movement mechanic, which digitizes their bodies whenever they use observation tools. Attackers will travel via drone and spawn wherever their drone is when they exit the drone view, while Defenders can travel through the camera network. This opens up a whole new world of movement possibilities, as drone holes become entry routes and cleverly placed bulletproof cameras allow Defenders to flank instantly.

Only 41 operators are compatible with the new mode – Twitch, Thatcher, Mozzie, Mute, Maestro, Valkyrie, Dokkaebi, Echo, Goyo, Clash, Montagne, Blitz, and Caveira are excluded. Of course, MUTE Protocol will include futuristic new skins for several operators, including Jackal, Lion, Ying, Kapkan, Mira, Mute, Oryx, and Vigil. These skins can be unlocked for use outside the main mode by opening MUTE Protocol collection packs or purchasing them directly with Renown or premium R6 Credits.

Rainbow Six Siege is available now on PC, Xbox One, and PS4. The MUTE Protocol event will run from August 4 to August 17.