In Rainbow Six Siege, split-second reactions can be the difference between winning and losing. NVIDIA DLSS ensures that you’ve got maximum performance and image quality so you’ve always got victory in your sights.

According to NVIDIA, Rainbow Six Siege enjoys over 50% performance boost at 4K and max settings with the Performance Mode selected. In fact, as you can see in the benchmarks below, all GeForce RTX graphics cards are capable of surpassing 100 frames per second with those settings.

Do be warned that DLSS support in Rainbow Six Siege is only available when you're using the Vulkan API, first introduced to the game in early 2020 alongside Asynchronous Compute. 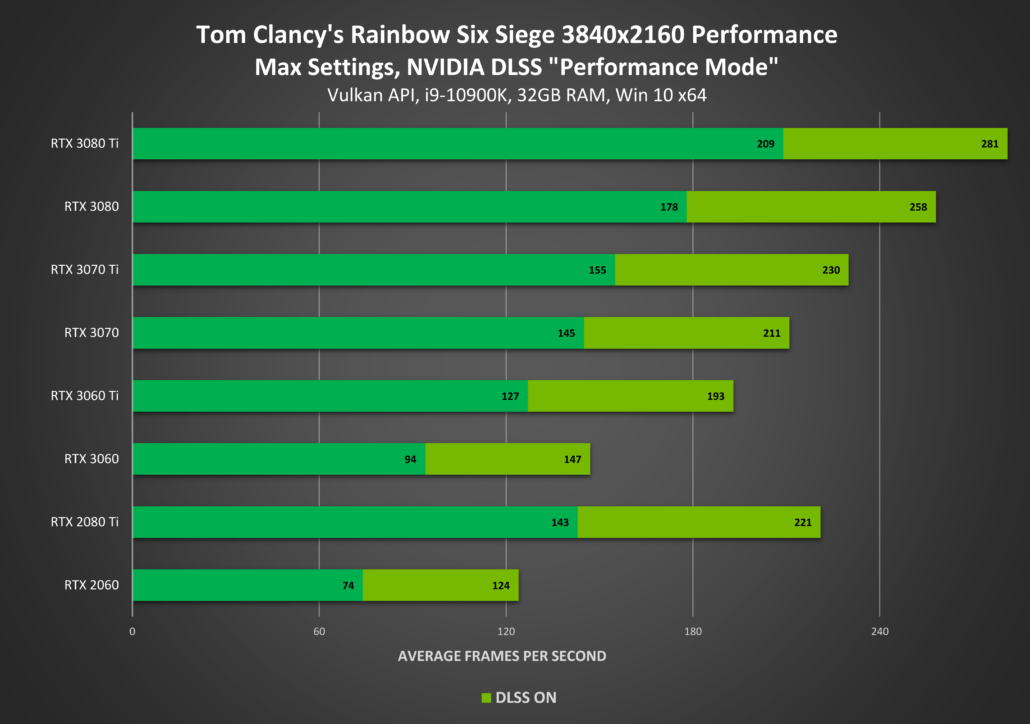 Take a look below at a comparison trailer shared by NVIDIA.

Rainbow Six Siege will be six years old later this year, but it's still going strong, having had over 70 million players to date. At E3 2021, Ubisoft announced that the game will launch on Google Stadia at the end of this month, on June 30th. On that day, crossplay and cross-progression will also be activated between PC, Google Stadia, and Amazon Luna players. In early 2022, PlayStation and Xbox players will get crossplay between Sony's and Microsoft's consoles, while cross-progression will be extended across all platforms. Meanwhile, Operation North Star has launched today, featuring a brand new playable operator, Thunderbird.

In related Rainbow Six Siege news, the long-awaited cooperative spin-off Rainbow Six Extraction has finally been dated. It will be released on September 16th for Xbox Series X|S, Xbox One, PlayStation 5, PlayStation 4, the Ubisoft Store on Windows PC, and Stadia, featuring crossplay and cross-progression between all platforms.