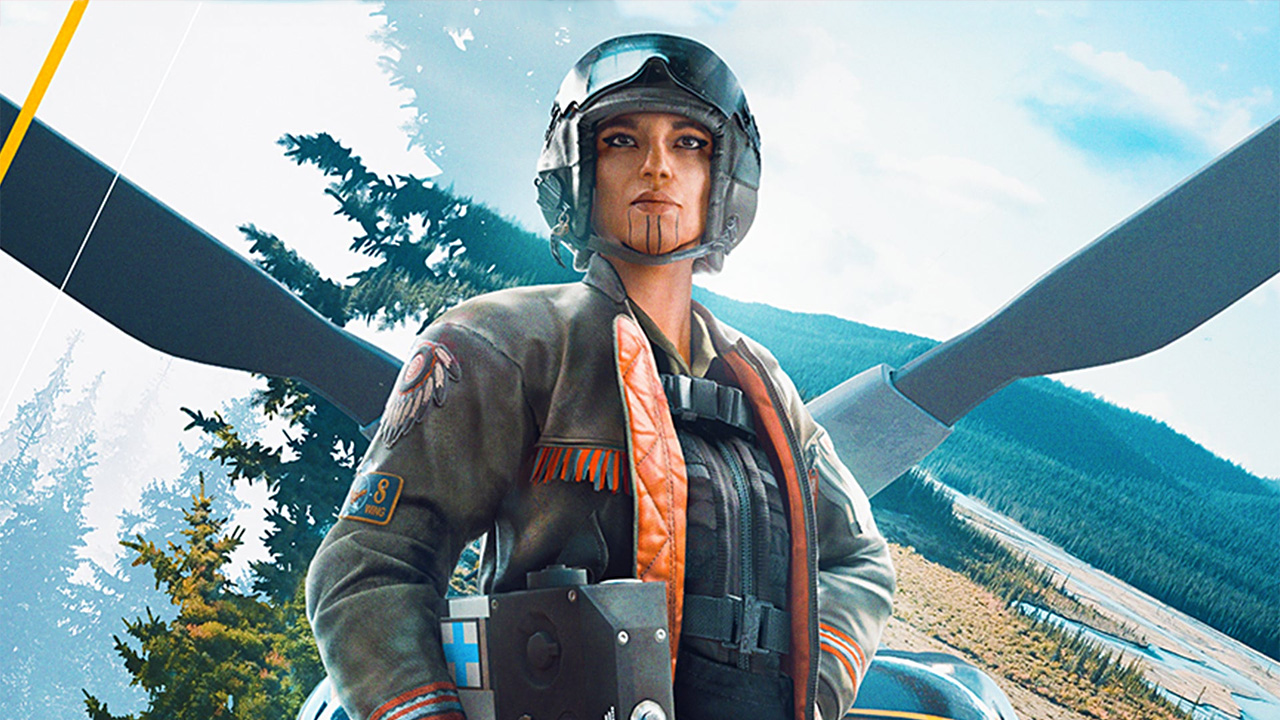 Over the weekend Ubisoft revealed first details about Rainbow Six Siege Year 6, Season 2, entitled Operation North Star, including it’s new Defender, Thunderbird. Real name Mina Sky, Thunderbird is an Indigenous healer/medic who hails from the Nakoda tribes who originally lived in Montana and Western Canada. You can check out a quick cinematic introduction to Thunderbird, below.

For those who don’t have time to watch the full video, Thunderbird’s gadget is the Kona Healing Station, which she can plant wherever she wants. The healing station can deploy health multiple times (on a cooldown), but watch out – your enemies can also take advantage of it, so it’s probably best to move it around frequently or hide it in tricky locations. Oh, and just because she’s a healer, doesn’t mean Thunderbird is defenseless – she goes into battle with either the Spear .308 assault rifle or SPAS-15 shotgun, with the Bearing 9 or Q-929 as her secondary.

Of course, Operation North Star will include various other features in addition to Thunderbird, including a Favela map rework and more. Here’s a quick rundown the RSS team in Montreal, Canada is working on…

North Star is the next season of R6 and it’s delivering Operator gadget tweaks for Smoke, Mira, Maestro, and Melusi, as well as numerous game improvements, including some big changes to barrel attachments. The Favela map has also been reworked into a night map, with a more interconnected floor plan and a lot fewer destructible exterior walls.

Rainbow Six Siege is available now on PC, Xbox One, Xbox Series X/S, PS4, and PS5. Operation North Star hits test servers tomorrow. No word yet on when the next season will roll out to everyone, but they typically remain in testing for two or three weeks before launching.