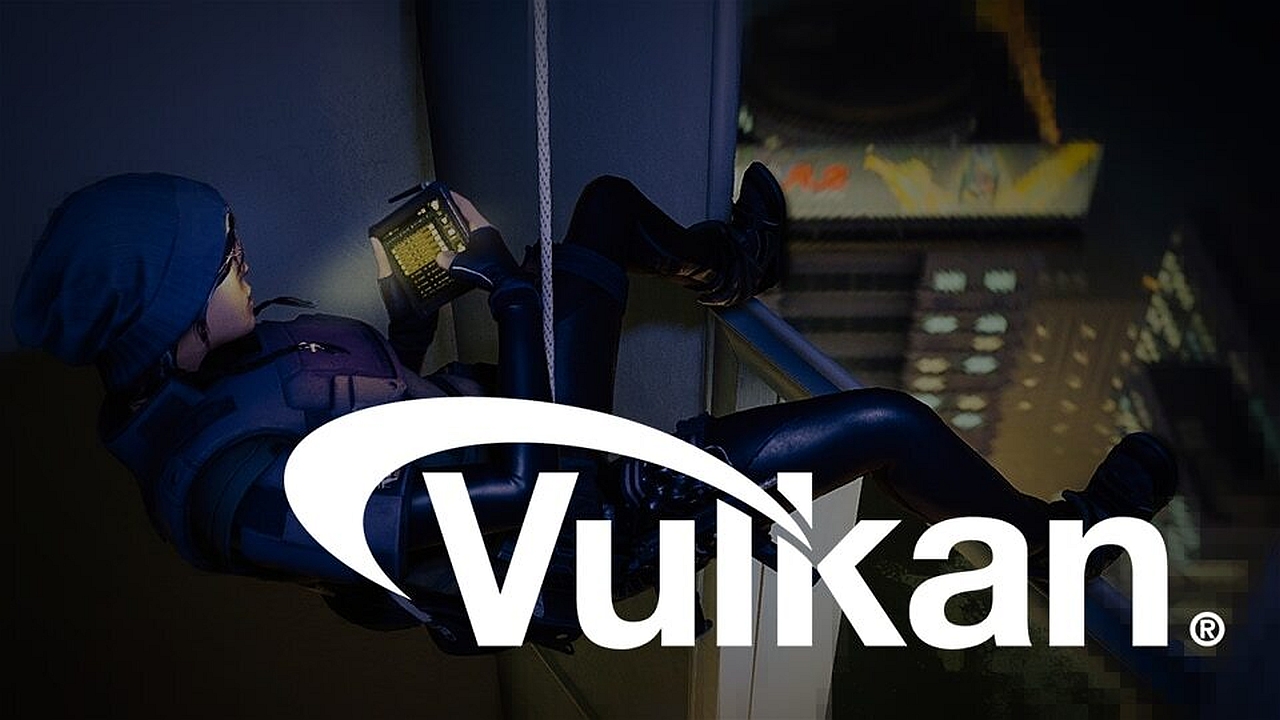 Ubisoft Montréal revealed that Rainbow Six Siege is getting the Vulkan API on PC, with the goal to provide increased performance for players. According to the developers, DirectX 12 was also tested but the CPU performance was superior under Vulkan.

The low-level API made by the Khronos Group, which recently updated the spec to version 1.2, will allow features such as Asynchronous Compute to be used in Rainbow Six Siege.

In order to join the Vulkan testing, just select the appropriate option when launching the game as displayed in the image below.

In brief, the Vulkan API will enable us to make improvements on workload through Dynamic Texture Indexing to reduce CPU cost, and Dynamic Resolution and AsyncCompute to reduce GPU cost. These features are already used on consoles, and the Vulkan API will allow us to do the same for PC. By combining all these features, we can optimize both the GPU and CPU cost of rendering.

WHAT IT DOES: Dynamic Texture Indexing helps us reduce CPU overhead by issuing fewer draw calls (a call to the graphics API to draw an object that will appear on screen). This is accomplished by having the GPU dynamically select the texture used in the shader, instead of binding it by using the CPU. The result is less pressure on the driver, and the freed CPU cycles can then translate into better CPU performance overall.

EXPECTED RESULT: With Vulkan and dynamic texture indexing, players who are CPU-bound should see better and more consistent frame rates.

WHAT IT DOES: Render Target Aliasing will allow us to implement dynamic render scaling for PC which dynamically adjusts the scaling ratio depending on the GPU workload. Players can choose a target frame rate, and the game will automatically adjust the render resolution to reach that target, resulting in more consistent frame rates for GPU-bound players.

EXPECTED RESULT: Since launch, Siege has made use of various render scaling methods with TAA antialiasing techniques. PC players can independently set their game resolution and their display resolution – this allows us to then render objects at a lower resolution and afterwards temporally upscale them to the set display resolution. Temporal upscaling is a high quality upscaling method that offers high quality antialiasing with very low blurring, and has the added benefit of improving performance.

With the addition of dynamic render scaling optimization working alongside TAA antialiasing, we hope to improve frame-rate and consistency for GPU-bound players.

WHAT IT DOES: AsyncCompute is a hardware capability that allows us to execute tasks in parallel on the GPU, thus providing more tools and opportunities for better and improved optimization. Since the launch of Siege on consoles, we have been able to utilize AsyncCompute for console players to optimize graphics techniques such as Ambient Occlusion or ScreenSpace Reflection. Graphics Cards previously supported AsyncCompute, however the DX11 API did not allow us to utilize it. With Vulkan it is now possible to do so.