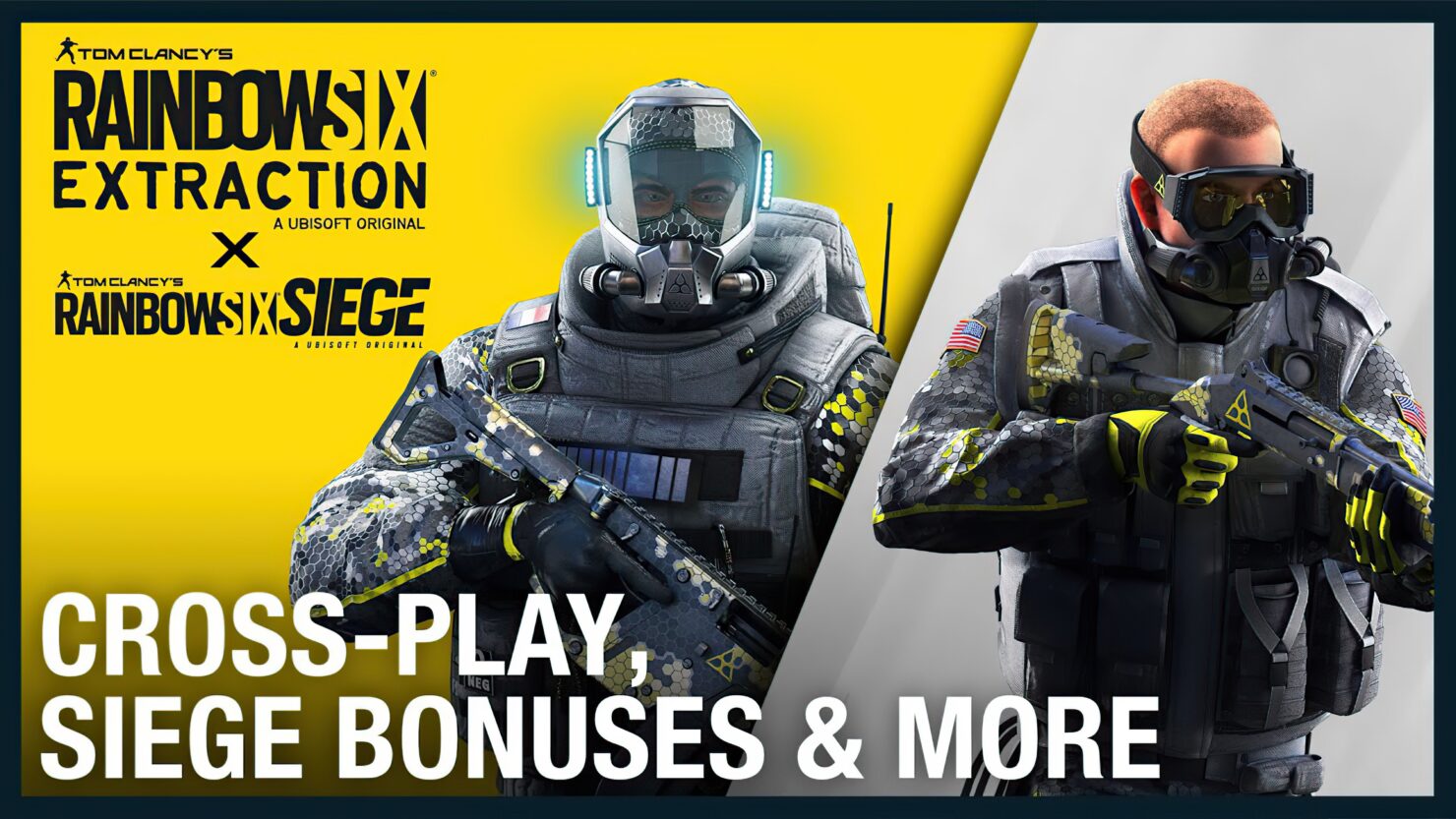 The upcoming cooperative first-person shooter game Rainbow Six Extraction will feature crossplay, cross-save, and cross-progression. Additionally, Ubisoft confirmed yesterday that by playing both Extraction and Siege, players will automatically unlock the eighteen playable operators available in Rainbow Six Extraction in Siege, too, alongside the United Front Bundle in each game.

Rainbow Six Extraction was fully unveiled during Ubisoft's E3 2021 briefing. It's now set to be launched on September 16th for Xbox Series X|S, Xbox One, PlayStation 5, PlayStation 4, the Ubisoft Store on Windows PC, and Stadia.

Tom Clancy’s Rainbow Six Extraction is a 1 to 3-player cooperative tactical first-person shooter. Assemble your elite team of Rainbow Six operators to launch incursions into the unpredictable containment zones and discover the mysteries behind the lethal alien threat called the Archæns. Knowledge, cooperation, and a tactical approach are your best weapons. Band together and put everything on the line as you take on an unknown enemy.

LEAD ELITE RAINBOW SIX OPERATORS IN CO-OP OR SOLO PLAY
Squad up and create a team of up to three Operators or go solo. Pick from 18 of the Rainbow Six Operators that are best adapted to survive incursions. Each Operator has a specific set of weapons, gadgets, and abilities to master. The uniqueness and different playstyles of each Operator allows for limitless options to customize your roster. Striking the right balance on your team will be the key to success.

Complete missions to level up your Operator, boost their stats, and gain access to new loadout options and powerful combat perks.

RISK IT ALL IN UNPREDICTABLE CONTAINMENT ZONES
Set in four regions across the US, containment zones are dominated by the parasite, creating an unstable ecosystem within their walls. Incursions into these hot zones will challenge your team every time. Use gadgets and the Operators’ abilities to overcome the situation to accomplish your objectives, and above all, extract from the containment zone. With a selection of 12 uniquely designed maps featuring procedurally generated challenges, enemies, infestation, and increasing difficulty, the dangers are unpredictable, but the rewards are richer the deeper you go.

If an Operator fails to get to an extraction point, you and your team will have a choice: leave your Operator behind to push on for bigger rewards or head back to mount a daring rescue. Those who don’t make it will find their operator MIA, making them temporarily unavailable for future missions. The only means of recovering an MIA Operator is to extract them before the parasite takes them over completely.

FIGHT A LETHAL ANDEVOLVING ALIEN THREAT
The Chimera parasite and its evolving Archæns are highly lethal sentient organisms that are consuming and reshaping the landscape. The Rainbow Exogenous Analysis & Containment Team (REACT) hopes to learn from this unique but deadly phenomenon, and you will count on teammates and your instincts to face 10 parasitic archetypes such as: the vicious Spiker, the elusive Tormentor, and the summoning Apex. Survive the Sprawl, a flow of self-aware parasitic tissue that spreads over the containment zone and alters the ecosystem. Areas that were previously infested may be clear, while previously safe zones could be ravaged by the Sprawl and other deadly enemies. Work together to leverage the destruction technology from Tom Clancy’s Rainbow Six Siege to reinforce walls against attacks or tear them down to create offensive opportunities.