Rain is officially the 3rd DLC character for Mortal Kombat 9, First it was Skarlet, followed by Kenshi not too long ago and now Rain is on his way to a PSN / XBL near you. Rain is another classic Mortal Kombat character who did come in the PS2 era of Mortal Kombat games but developers are again bringing back an old fan favorite to the latest Mortal Kombat game, as usual developers have shown a sneak peek into Rain's Fatalities and his X-Rays. I wonder what Klassic character costumes we will get free with Rain? 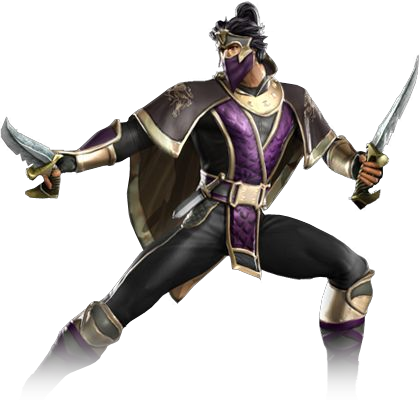 Rain is a character who made his Debut in Mortal Kombat 3 which grants him the title of a Klassic Mortal Kombat character along with the other bigshots like Rayden, Liu Kang, Kung Lao etc it's good to see him coming back in an HD Remake to Mortal Kombat 9. Like his name suggests he is able to manipulate the flow of water and when he manipulates water he REALLY knows how to punish the opponent for it.

As usual his fatalities and X-Rays are really brutal and figuring out the ending to his Fatalities is easy to any fan of a Mortal Kombat game. He is coming to a PSN / XBL near you on July 19th and along the way you can expect his story trailer and announcement trailer, although there has also been a trend of making Klassic costumes free whenever a new DLC Character is announced, with Skarlet they made Klassic Kitana and Jade free, with Kenshi Klassic Sektor and Cyrax so we know that they are always pairing up same fighters so can we expect a free Klassic Sub-Zero and Klassic Scorpion skin with the launch of Rain or other future Mortal Kombat characters?