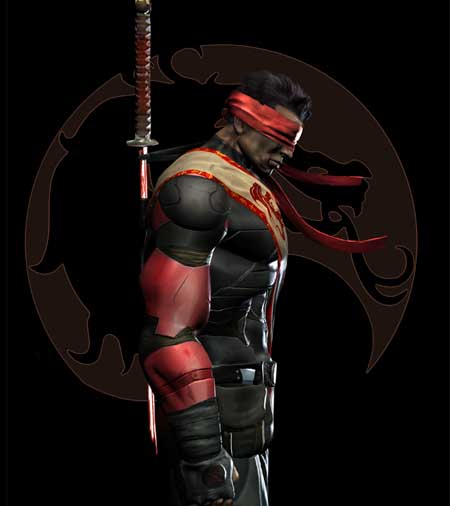 as you can see from the above video Kenshi is a mix of Noob Saibot in the sense that he can extend his reach to the player and do more damage to the player, he is probably the only other player aside from Sub-Zero and Kratos to sport a sword based weapon in the game, as you can see they have given us a pretty good idea of what his Fatalities and X-Ray will be like, I mean it doesn't take a time traveling Raiden to figure out what's going to happen to Johnny Cage on 0:50 and 0:56 right? And his X-Ray is a bit interesting to watch too.

Like Nightwolf he is able to bounce projectiles right back at the enemy whom fired said projectile, so he is an ideal player for those of you who love to beat the hell out of players who spam the same move over and over again :D. Skarlet is already available for sale on XBL Marketplace and PlayStation Store, and if you buy a season pass you can get the last DLC character absolutely free along with Skarlet and Kenshi.

Kenshi will be in XBL Market place and PlayStation store on July 5th, until then we still have to wait for the story trailer.