Freddy Kreuger was just announced as the final DLC character for Mortal Komabat 9 (for the time being I hope) but instead of having to wait till August 9th game play showing Freddy Kreuger in action on the PS3 version has already surfaced, first the video shows a small fight between Freddy and Rain and then later on steps up to Freddy Vs. Freddy, I am surprised that they made Freddy so good but I would still prefer Rain as the best DLC character so far. 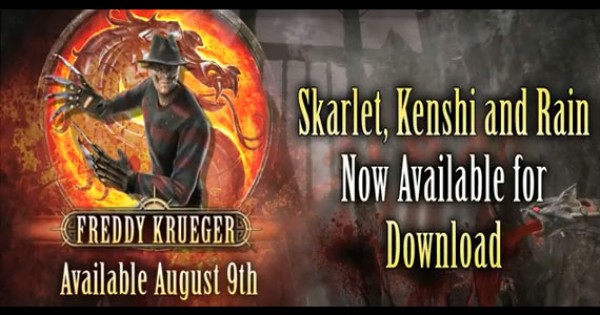 Freddy Kreuger is a surprise character to appear in Mortal Kombat 9, after killing teenagers in their sleep in his movies he is moving on to bigger fish and is taking on adults with special powers / mastery in kung fu and other fighting styles and even tougher Kombatants as he fights his way up the ladder to dethrone Shao Kahn. A gameplay video has surfaced which shows how Freddy fights but it is off screen footage so you will have to bear with the shaky camera.

Freddy is coming to a PSN / XBL near you on August 9th US and August 10th Europe, so keep your money at the ready to control the king of nightmares himself.

Another video which shows some excellent Freddy combos