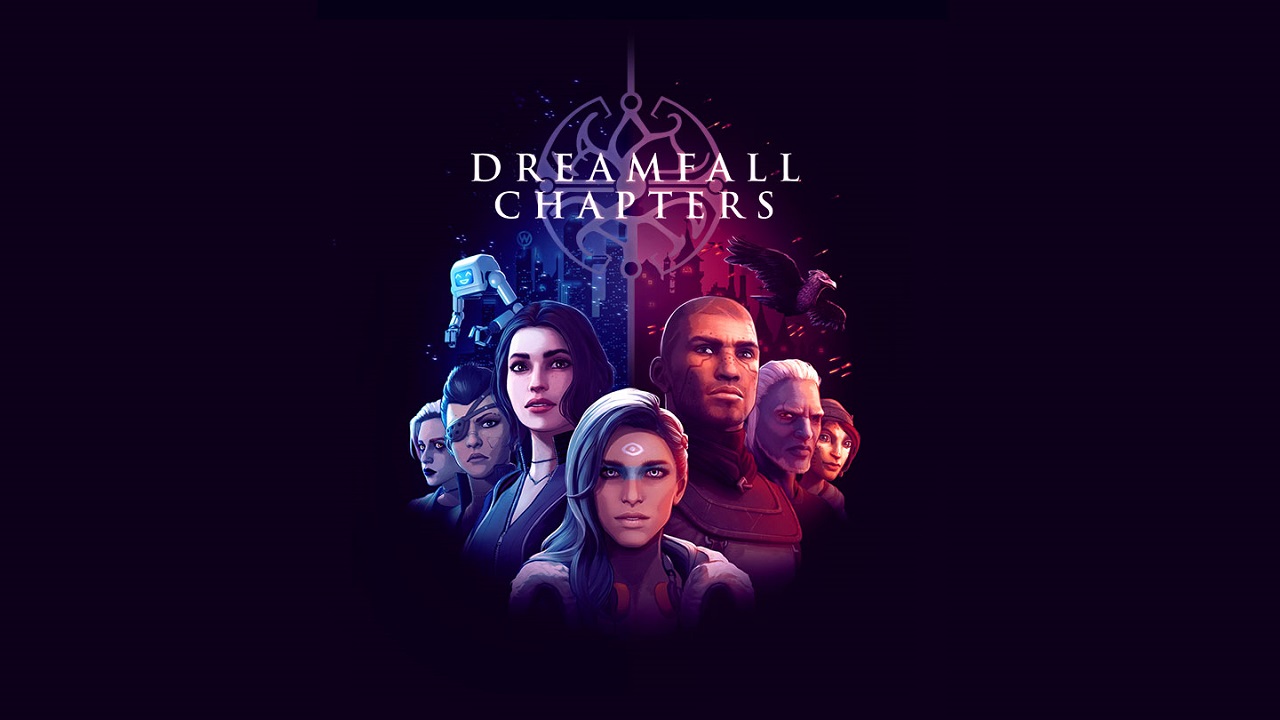 Ragnar Tørnquist may not be the most famous game designer in the industry, but he's certainly well known to fans of adventure and MMO games. He was a writer for Anarchy Online, Game Director and Producer on The Secret World as well as the creator of The Longest Journey in 1999, which spawned a sequel (Dreamfall: The Longest Journey) in 2006.

However, the story of Zoë was not done and Tørnquist decided to leave Funcom and found independent studio Red Thread Games with the specific purpose of finishing the saga of The Longest Journey. He licensed the IP from Funcom and started a Kickstarter campaign, betting on the huge amount of franchise fans to help with the funding. He was right - 21,858 backers decided to fund Dreamfall Chapters for a grand total of $1,538,425 in pledges, almost twice as much as the minimum goal initially set by Tørnquist and his team.

Red Thread released the game episodically. The last episode, Book Five, launched on PC in June 2016, but the studio kept working on Dreamfall Chapters to release a Final Cut on consoles like PlayStation 4 and Xbox One as well as updating the PC version with the same build.

We talked with Ragnar Tørnquist at length on making this game, porting it to all these platforms as well as what's next for Red Thread Games now that this story has to come to an end. Look forward to our review of the game, due to go live tomorrow.

What was your team's experience with Kickstarter? Would you use it again in the future?

It was an amazing and totally exhausting experience. We might use Kickstarter again, but only if it's absolutely right for the project — and we have the time and energy to do it.  Fun fact: the last time I got really sick was the day after we wrapped our Kickstarter campaign. I was out for a day and spent it on the couch watching streams of Euro Truck Simulator 2 in a fever haze. Fun!
Going on Kickstarter is like taking on a second job: it occupies every waking hour for several months, and it’s one of the most challenging and draining things I’ve ever done. But we couldn’t have made Dreamfall Chapters without it, and we're eternally grateful to everyone who helped back the project — and Kickstarter for creating the platform. It’s enabled so many passionate developers to fulfill their creative visions.

Do you feel like you've managed to create the game you originally set out to make with Dreamfall Chapters? Is there anything you'd change in hindsight?

Yes, and sort of! Since the fifth episode was released on PC and Mac last June, we’ve gone back and made all the changes we wanted to make. The console release, and the upcoming Final Cut on PC, is our ‘ultimate edition’ — it’s the game we set out to make. It only took four years.

A while back, you criticized Microsoft for being hard to reach as an indie developer. However, Dreamfall Chapters is now coming out on Xbox One, too - what changed to make this possible?

We did call out Microsoft on Twitter for being difficult to get in touch with, and soon after they contacted us directly and sent us several development kits — so our opinion changed! They’ve been very supportive, and we’re really happy to have the game out on Xbox One — especially since the previous game in the series was released for the original Xbox, back in 2006.

Can you give us specifics on the kind of enhancements people can expect in this Dreamfall Chapters 'Final Cut'?

We’ve redone several character models from scratch — and we’ve improved many of the other characters in the game. The lighting and scenery have been revised, and there are even some design changes and new dialogue.
The biggest change may be on the audio and music side: audio director Simon Poole spent several months adding and improving the sound effects as well as writing lots of new music for the console release. It makes a huge difference.

Which frame rate and resolution targets do you have for the original PlayStation 4 and Xbox One consoles?

We’re targeting 30 FPS. This isn’t a shooter or a racer, so we feel that provides the best balance between visual complexity and performance.

What do you think about these mid-generation hardware refreshes (PS4 Pro and Xbox Scorpio)? Are those more of a hassle or an opportunity for a studio like Red Thread Games?

We’re very excited about the hardware refreshes, although we haven’t gotten our hands on the Scorpio yet. We’ve enhanced Dreamfall Chapters for the PS4 Pro, with better frame rate and higher resolution, and that was a surprisingly painless process. Of course, even though the Pro version looks slightly better, in all other respects the base PS4 version is the exact same game, so no one’s losing out.

Are you going to support PS4 Pro and Xbox Scorpio (when it launches later this year)? If so, what differences will there be compared to the standard PS4 and XB1 ports?

We’ll evaluate revisiting the game when the Scorpio gets closer to release and we get our hands on a development kit. We’d love to do it, but it probably depends on sales numbers and market demand. In other words: buy the game! The more people play it, the more we’ll be able to do with it in the future. We’ll even consider new DLC.

Microsoft is promoting the Scorpio console as the most powerful ever made. Do you believe it can deliver true 4K gaming with its specifications? Is there a noticeable gap with PS4 Pro?

Well, the PS4 Pro is here now. You can buy it and play some really amazing games on it. Scorpio’s not arriving until the end of the year and will, according to reports, be a more powerful platform — but at the end of the day, it’s the games that matter, and us gamers win regardless of which platform is ‘better’.
For developers, it’s really positive that both Sony and Microsoft upgrade their platforms over time — it makes it easier to make multi-platform titles, and it increases the overall audience for our games.

Dreamfall Chapters runs on Unity, which now has official support for the Nintendo Switch. What's your opinion of Nintendo's latest console and what are the odds of a port later down the road?

I bought a Nintendo Switch as soon as I could get my hands on it — “for my daughter”. We’ve been playing a ton of Zelda and we just got Mario Kart 8, which is amazing, of course.
The Switch is great, particularly as a handheld device — I haven’t even connected it to the TV yet — but I don’t think we’ll be porting over Dreamfall Chapters. It would require a ton of work and it may not be well suited to the Switch. We’re definitely evaluating the console for our next projects, however.

What's next for Red Thread Games? Do you plan to keep making games in this IP or perhaps move onto something different altogether?

We’re currently working on a couple of new titles, both of which are coming to Xbox and Playstation Pro — and probably Scorpio as well — along with PC. Draugen is a first-person psychological horror game set in 1920s Norway; Svalbard is a post-apocalyptic, polar punk survival RPG.
I can’t wait to talk more about these games later this year — for the moment, it’s all about Dreamfall Chapters.

What do you think of this sudden explosion of games made in the adventure genre?

It really isn’t that sudden. There have always been adventure games, there will always be adventure games. The form may change, from point-and-click to first-person, from 2D to 3D, but the core experience remains the same in spirit: exploration, character interactions, puzzles, storytelling. These are games that will always find an audience, and there’s definitely a lot of interest in strong narratives and characters right now.
I think the adventure genre encompasses a lot of different gameplay experiences, and we’re going to experiment with the form in our upcoming games.

Funcom recently announced the upcoming revamp of The Secret World into Secret World Legends. As the original game director, how do you feel about the direction they're taking with the game?

From the little I’ve heard, it sounds very exciting! I’m happy to see the game get a new lease on life, and for more players to engage with our story and world. I’m very proud of the work we did on The Secret World and I can’t wait to jump back into the game when Legends is released.

Dreamfall Chapters Looks Great After The Unity 5 Update, Though It Wasn’t Easy