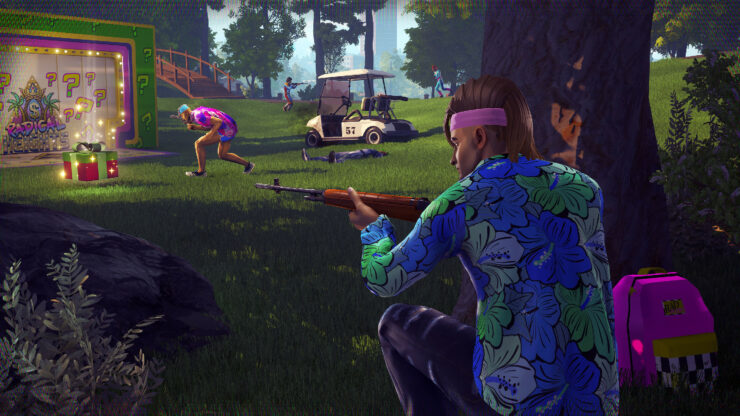 Even at the moment of writing, around 4400 concurrent players are playing the “extreme” early-access of Radical Heights, which is higher than the amount of peak concurrent players playing LawBreakers (3003)  after its official launch.

Please note that these numbers are based on data from SteamCharts, and its unsure how accurate the data is. In addition, Valve just made every Steam user’s gaming library hidden by default, which might have also affected player data for Radical Heights.

Boss Key announced that they would be moving away from LawBreakers to work on a new projects last week.

Radical Heights is a free *X-TREME Early Access* BATTLE ROYALE shooter. In this game players partake in high-stakes gunplay in a sunny SoCal dome as they loot for weapons, gadgets, cosmetics, and CASH that they take with them – win or lose! Survive to the end or risk it all in this irreverent action game show where everyone wants to be rich and famous.

"Radical Heights is a five month passion project for the studio as we’re creating and publishing the game entirely by ourselves,” said Zach Lowery, Creative Director of Radical Heights. “We’re huge fans of Battle Royale games along with the bright, inviting irreverence of the 80’s aesthetic. Because of that, we want to put our own spin on the genre and create a futuristic 80’s world that takes place in 2023 during an over-the-top game show where contestants battle it out for fame and prizes”.