Looks like Tum Apisak is at it again with the goods, this time in the form of the Radeon RX 590 showing up on 3DMark Time Spy.  The Radeon RX 590 listed shows a slight improvement over the RX 580 at just over 1% improvement. But as usual for leaks of this time this one is definitely filed under the rumor category.

There have been pretty hefty rumors lately of a refreshed Polaris 30 based GPU in the works that would be replacing the RX 570 but this time based on the new 12nm process but it's not clear if this is that same graphics card.  The stream processor count is unknown but we can see that core clock is set to 1545MHz on both cards meaning the RX 580 was overclocked for this run.  The memory is still 8GB capacity clocked at 2000MHz resulting in the same bandwidth that the RX 580 has. 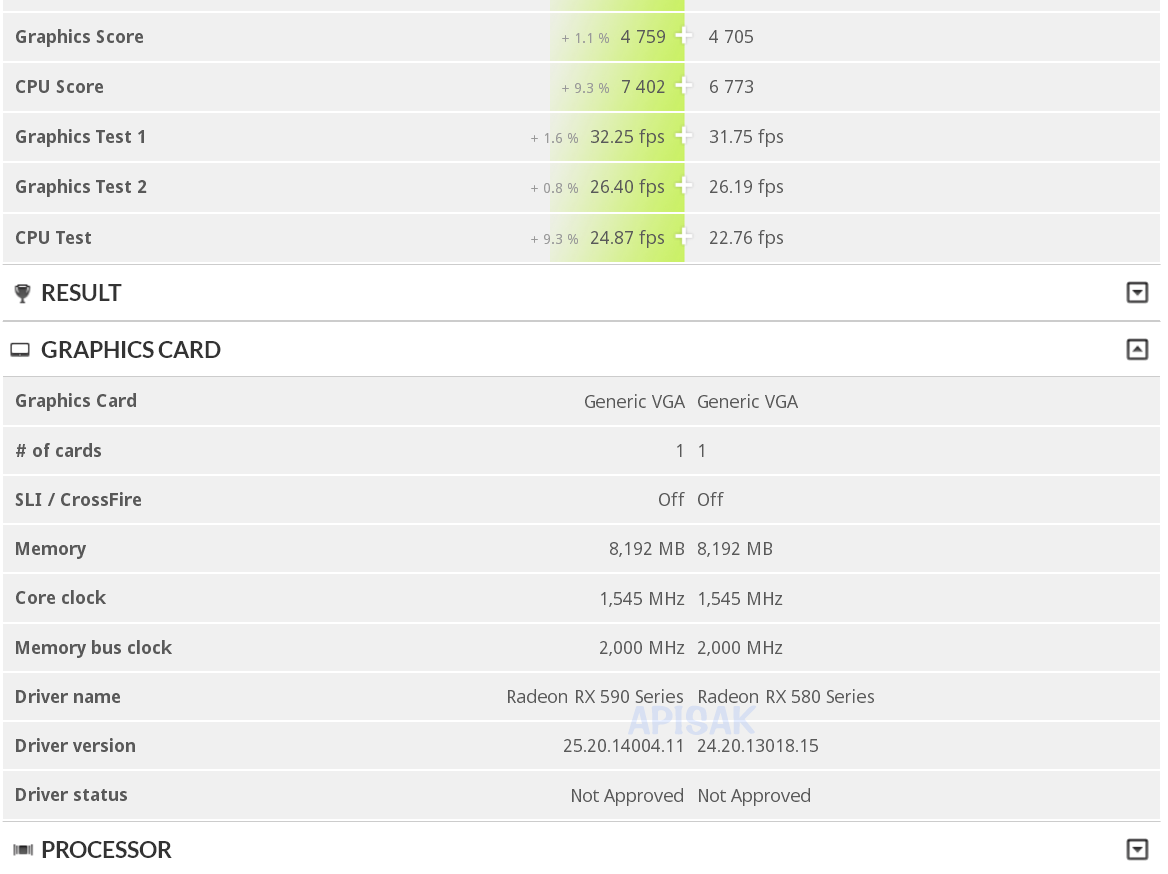 There's not much else to go on in this leak, no mention of process technology, stream processor count, availability, or anything else.  However, the most interesting aspect from where I'm sitting, is that this GPU is at the same core clock as the RX 580 and the same memory speed, but only pulls ahead by 1.1% on the Graphics score.  I'm fairly certain that the same architecture will not simply be faster just by shrinking the node, clock speed advantages would have to come along with that for it increase performance.  This leads me to believe that we may actually be seeing the same GPU, a Polaris 10 GPU with 36 Compute Units or 2304 Stream Processors.  This would would have been more exciting if it were packing 40 Compute Units and 2584 Stream processors to put it on Stream Processor parity with former x90 class GPUs like the R9 290 and R9 390, although it would likely not have the same performance benefit uptick that those cards saw over their x80 counterparts.

Perhaps AMD has simply moved the Polaris die to 12nm.  Regardless, the good news is we won't have to wait much longer to find out!