Head of PR at Remedy Entertainment, Thomas Puha, has taken to Twitter to share some “interesting dynamics” about game marketing, sales, and advertising. 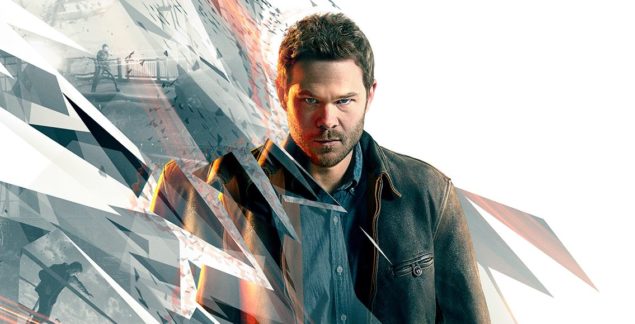 Last week we reported on how Microsoft’s head of Xbox Marketing, Aaron Greenberg, stated that pre-orders for Quantum Break were “really strong”, and “performing well ahead of plan”. According to Greenberg, “retailers are continuing to increase their orders” for Quantum Break.

Following Greenberg’s statements, Puha took some time to talk about game marketing and sales predictions. While Microsoft and Remedy are betting big with Quantum Break, some might have expected a more obvious marketing approach for the new IP. Instead, Microsoft has taken a more subtle, “old school approach” which includes sending representatives to all major countries to promote the title.

According to Remedy’s head of PR, it is “pretty well” known how much a game will sell before it actually goes on sale, and a marketing budget for a specific title often depends on “how much faith” the retail business has in that game. This 'faith', isn’t merely influenced by strong marketing, but a strong game demo, or great event showing, might also add to the ‘faith’ that retail has in said title. Positive reviews, and positive word of mouth, will of course, help drive sales.

The reality is that we know pretty well before a game goes on sale, how much it will sell. Ofc positive word of mouth and reviews will help

A games marketing budget is often dependent on how much faith retail has in said title.

@MrXBob they know they have less work to do, as most customers will know about the game. It all helps. That’s why we’ve been on the road!

Puha adds that when a publisher guarantees a lot of advertising for a specific game title, retail is likely to pre-order more as the publisher believes in said game. Based on this dynamic, the retail market has a lot of influence on game sales, and they don’t want to be “stuck” with a bunch of games that don’t sell. Retail carries the risk at this point.

When a publisher guarantees there’s a lot of advertising, retail is more likely to pre-order more as the publisher believes in the game

So retail has a lot of power obviously and they don’t want to be stuck with bunch of games that don’t sell. They carry the risk there.

Digital sales are harder since it’s more difficult to track what territory buys what, according to Puha. During major gaming events, certain key buyers from major game stores and retailers will meet up with important marketing individuals from the publisher side, and will discuss whether the ‘field’ believes that a certain title is good or not. According to Remedy’s PR head, publishers will certainly take note of the outcome of this discussion. When a certain title lacks advertisement, it’s because statistics show a lack of interest in the game. Puha adds that there are exceptions to this.

If “the field” thinks that the game is great, publisher will definitely take note of that.

Puha ends his ‘lesson’ on marketing dynamics, by sharing that a game isn’t advertised on TV to sell it, but rather to support it. More marketing dynamics will soon be presented by Puha at Remedy Entertainment.

Quantum Break Win10 Unlikely To Receive Another Patch, No Plans To Release Making Of Blu-Ray Digitally